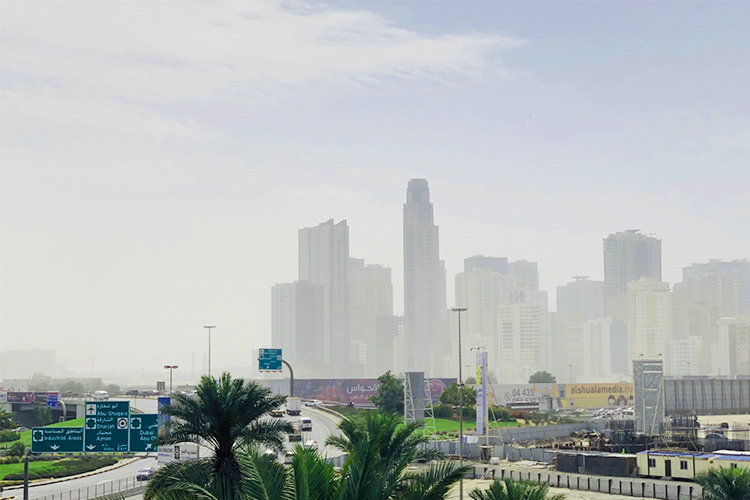 It rained in Al Ruwais, Dalma and Ghayathi in Al Dhafra Region from 2.46pm on Wednesday as a result of a surface depression, according to the National Centre of Meteorology (NCM). The depression was likely to gradually deepen to reach its climax on Saturday and Sunday.

The NCM called on the public to be very careful while driving during rain, low horizontal visibility and rough seas resulting from strong, dust-stirring winds.

The weather on Thursday was expected to be dusty and cloudy, in some western and coastal areas with possible rainfall.

The winds would be light to moderate southeasterly to northeasterly at speeds of up to 40km/hour, turning strong and whipping up dust sometimes during the day.

The sea waves could be moderate, turning rough in the evening in the Arabian Gulf. The Sea of Oman however would have light to moderate undercurrents.

Friday’s weather was likely to be cloudy with chances of sporadic rainfall. The winds would be light to moderate southeasterly to northeasterly, turning strong and stirring sand sometimes.

The sea would have moderate waves, turning rough in the evening in the Arabian Gulf. The undercurrents in the Sea of Oman were likely to be moderate.

The weather on Saturday and Sunday was likely to follow a similar pattern, but the wind speed on Saturday would be up to 55 km/hour, leading to low horizontal visibility in open areas. Lightning and thunder were likely.

On Sunday, humidity was likely to increase during the night and on Monday morning in some inland areas.