Joe Biden swept to victory in Florida, Illinois and Arizona on Tuesday, increasingly pulling away with a Democratic presidential primary upended by the coronavirus and building pressure on Bernie Sanders to abandon his campaign.

The former vice president's third big night in as many weeks came amid tremendous uncertainty as the Democratic contest collides with efforts to slow the spread of the virus that has shut down large swaths of American life. Polls were shuttered in Ohio, and although balloting went ahead as scheduled in the three other states, election workers and voters reported problems.

Still, Biden's quest for his party's nomination now seems well within reach. His trio of wins doubled his delegate haul over Sanders, giving the former vice president a nearly insurmountable lead. Top Democratic leaders and donors have also increasingly lined up behind Biden as the best option to square off against President Donald Trump in November. 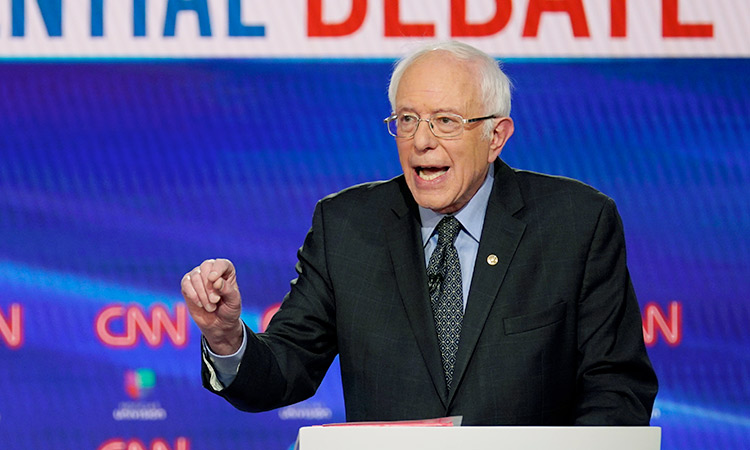 Using a livestream to address supporters from his home state of Delaware, Biden seemed ready to move past the primary. He paid tribute to the Vermont senator for advancing key issues like affordable health care and combating climate change.

"Sen. Sanders and his supporters have brought a remarkable passion and tenacity to all of these issues. Together they have shifted the fundamental conversation in this country," Biden said. "So let me say, especially to the young voters who have been inspired by Sen. Sanders, I hear you. I know what’s at stake. I know what we have to do.”

With the exception of North Dakota and the Northern Mariana Islands, Sanders hasn't scored a victory since Super Tuesday on March 3. He made no immediate move on Tuesday to contact Biden, according to people familiar with the situation who spoke on condition of anonymity because they were not authorized to speak for the candidates. During remarks early in the night, Sanders said little about the future of the race and instead focused on the coronavirus outbreak.

But much of the action was on the Democratic side, where higher vote totals in some key states suggested enthusiasm that even the coronavirus couldn't contain. Turnout in Florida’s Democratic primary surpassed the 1.7 million who cast ballots four years ago.