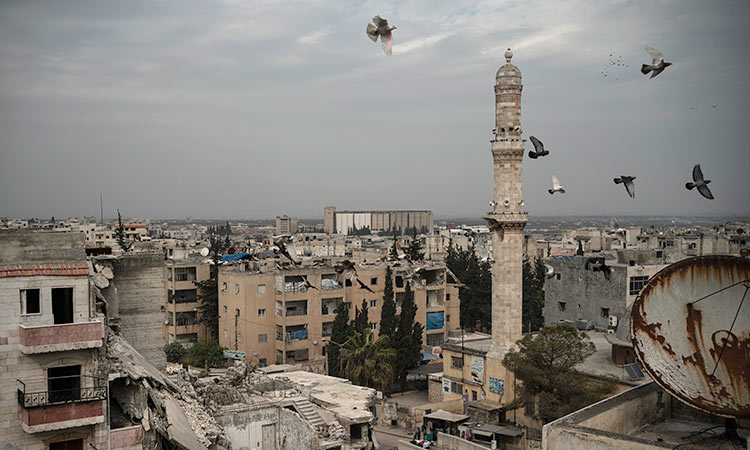 In this photo shows a mosque beside a damaged building in Idlib, Syria. AP

Russia's foreign ministry said on Monday that militants in Syria's Idlib region are not complying with a ceasefire brokered by Russia and Turkey, the Interfax news agency reported.

The foreign ministry said the militants were taking counter-offensive action in the region.

In the earlier reports, Russia and Turkey were forced to cut short their first joint patrol under a ceasefire deal along an east-west highway in northwest Syria on Sunday due to rebel provocations, the Russian Defence Ministry was cited as saying by Russian news agencies. 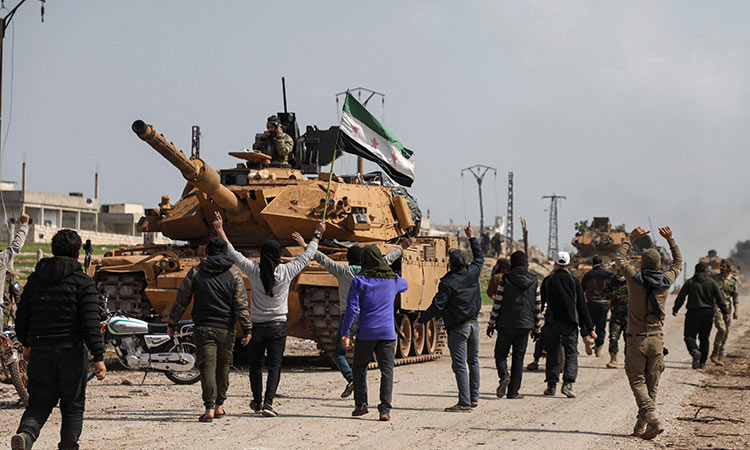 Syrians in protest surround a Turkish military M60T tank as they attempt to block traffic on the M4 highway in the village of Al Nayrab on Sunday. AFP

Under the deal, which halted hostilities after an escalation of violence that displaced nearly a million people, Turkish and Russian forces are to establish a security corridor on either side of the M4, as well as carry out joint patrols along it. 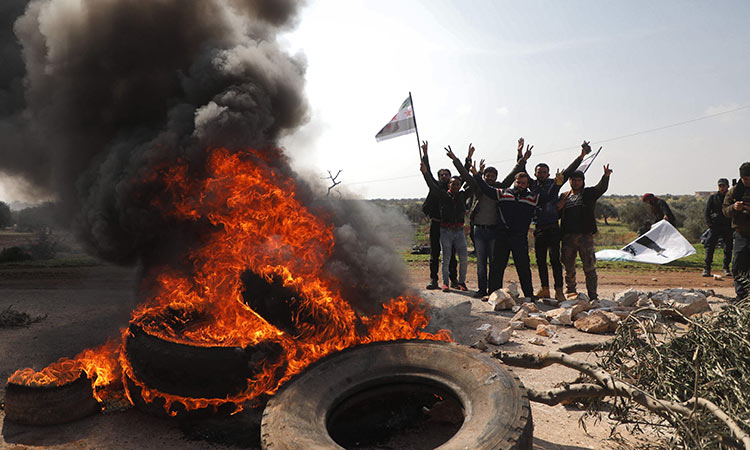 "To carry out provocations, terrorists were trying to use civilians as a human shield," the Russian Defence Ministry was quoted as saying by Russian state news agency RIA, explaining the reason for the patrol being cut short.

Ankara had been given more time to neutralise the rebels who orchestrated the provocation, the ministry said. While Russia supports Syrian government forces, Turkey supports the Syrian rebel groups fighting against them. 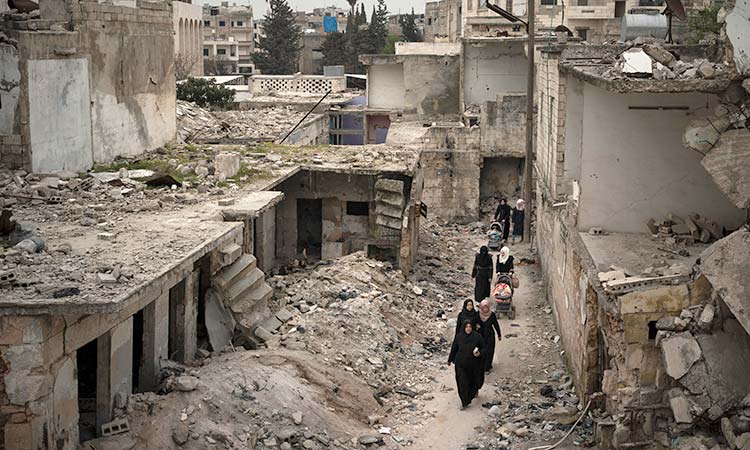 Women walk in a neighbourhood heavily damaged by airstrikes in Idlib, Syria. File/AP

The Turkish Defence Ministry said the first patrol had been completed with air and land assets. It released photos showing Russian and Turkish military vehicles travelling along a highway and officers in discussion as they looked at a map.

It subsequently said the two sides in coordination "took necessary measures, with the aim of preventing potential provocations and harm to the civilian population in the region". It did not give further details.