Thousands of pilgrims who returned from Saudi quarantined in Turkey - GulfToday 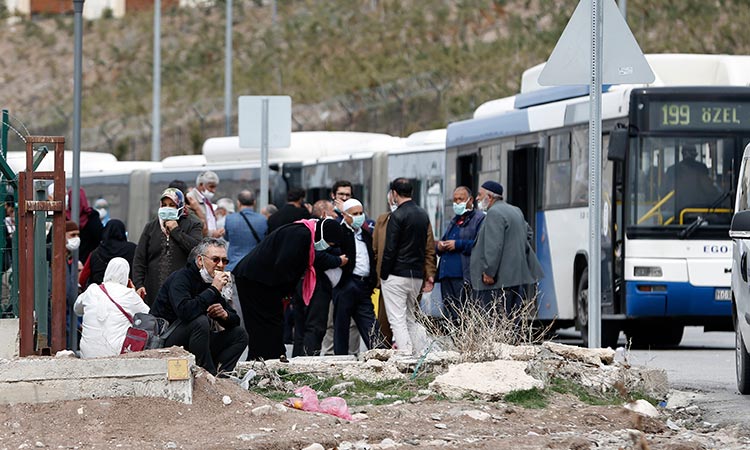 Pilgrims stand next to a bus to be quarantined in university dormitories outside Ankara, Turkey, on Sunday. AP

Thousands of Muslims returning to Turkey from a pilgrimage in Saudi Arabia were being taken into quarantine on Sunday due to concerns about the spread of the coronavirus, Turkish officials said.

Television pictures showed buses transporting pilgrims along the highway from Ankara's airport to the city as part of an operation to place those returning into student dormitories.

Turkey, which has only diagnosed six cases of coronavirus, has ramped up measures to halt its spread in recent days, closing schools and universities, holding sports events without spectators and halting flights to many countries. 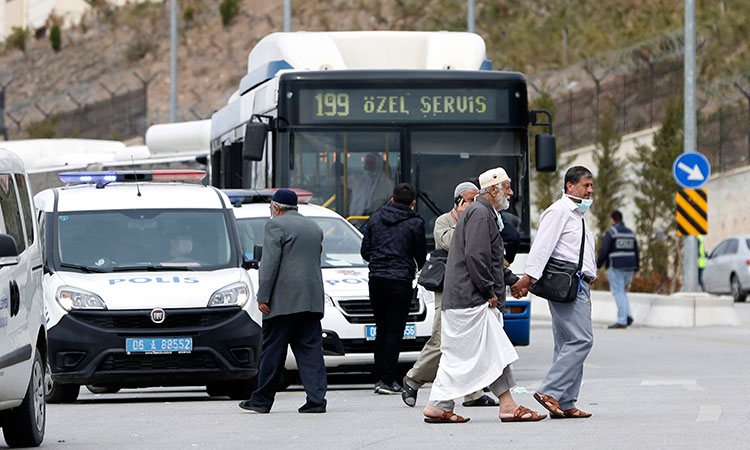 Pilgrims stand next to a bus as they arrive from the airport to be quarantined in in Ankara, Turkey, on Sunday. AP

On Wednesday it became the last major economy to report an outbreak after taking what the World Health Organization (WHO) described as "vigilant" measures to delay it.

The latest move came after Health Minister Fahrettin Koca called overnight for those returning from the Umrah pilgrimage to quarantine themselves for a fortnight, saying a returnee in the last week had become the sixth person to test positive.

He then announced on Sunday that the state was actively quarantining the returnees.

"All passengers returning from the Umrah since last night are being put into quarantine in separate rooms in student dormitories," he wrote on Twitter, adding that those suspected of being ill were being taken to hospital for tests.

Earlier in March, Saudi Arabia expanded a rare freeze on pilgrimages to the Muslim holy cities of Mecca and Medina by foreigners to also include Saudi citizens and residents due to concerns about coronavirus. 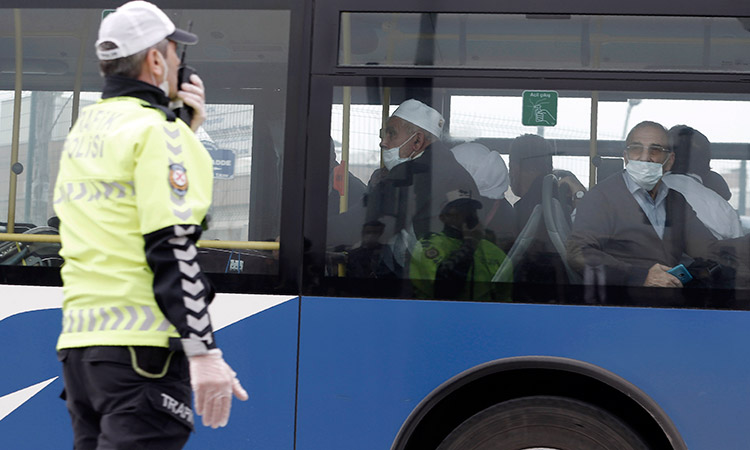 Pilgrims sit in a bus as they arrive from Saudi Arabia to be quarantined in university dormitories outside Ankara. AP

Umrah refers to pilgrimage rites carried out in the holy cities throughout the year, and is separate from the annual week-long haj, which typically draws 2 million Muslims from around the world. Haj starts this year in late July.

The head of Turkey's religious directorate, Ali Erbas, said on Saturday that the last 5,300 Turkish pilgrims were in the process of returning to Turkey, but at the time he said the pilgrims should self-isolate at home for two weeks.

A day earlier he said that 21,000 pilgrims were to return from Saudi Arabia by March 15, but it was not clear whether they were all to go into quarantine.

The youth and sports ministry said the pilgrims were to be kept under observation for 14 days in five student dormitories - in the capital Ankara and the central Turkish city of Konya - with a capacity of 10,330 people.

It said the three-week closure of universities in Turkey, announced last week, meant that the dormitories were mostly empty and that the remaining students had been transferred to other dormitories.