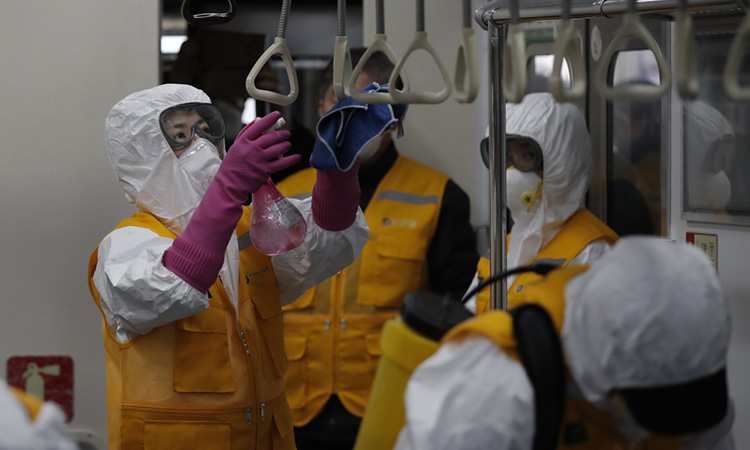 Workers in protective gear disinfect a subway car as a precaution against the new coronavirus in Seoul, South Korea. AP

A daunting new COVID-19 cluster has emerged in a call-center in South Korea’s capital Seoul, accounting for more than 90 confirmed cases as of March 11, announced Seoul Mayor Park Won-soon via a public radio interview.

While Daegu’s meticulous counter-measures have nearly reined in its sprawling cases traced to the Shincheonji Church followers, South’s bustling metropolitan that houses 9.7 million people takes the baton next in the fight against the novel coronavirus.

The country is the third worst affected hotspot after Italy and Iraq outside of China.

Some 550 co-workers from other three call-centers in the same building were self-quarantined for further virus inspection with Seoul foreseeing another spike in the coming days.

According to the epidemiological results, so far five of the call-center workers were linked to the Shincheonji sect but tested negative. 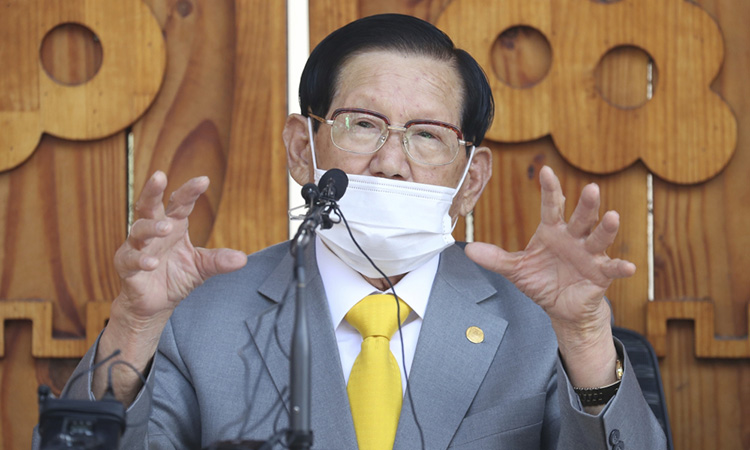 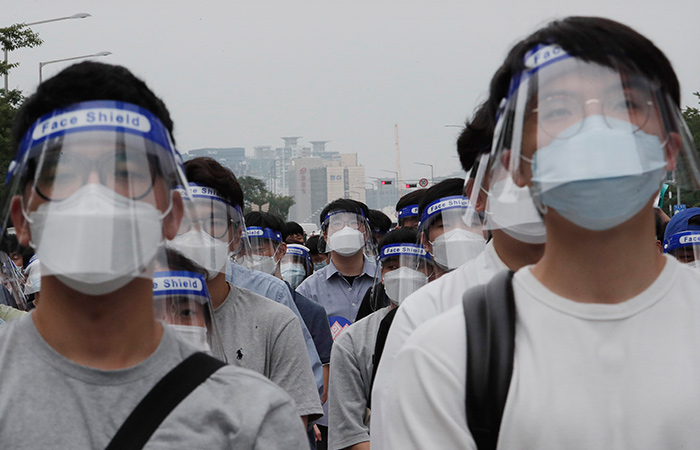 The Korea Centers for Disease Control and Prevention (KCDC) reported 397 new infections as of midnight Saturday, up from the previous day's 332 and marking more than a week of daily three-digit rises.