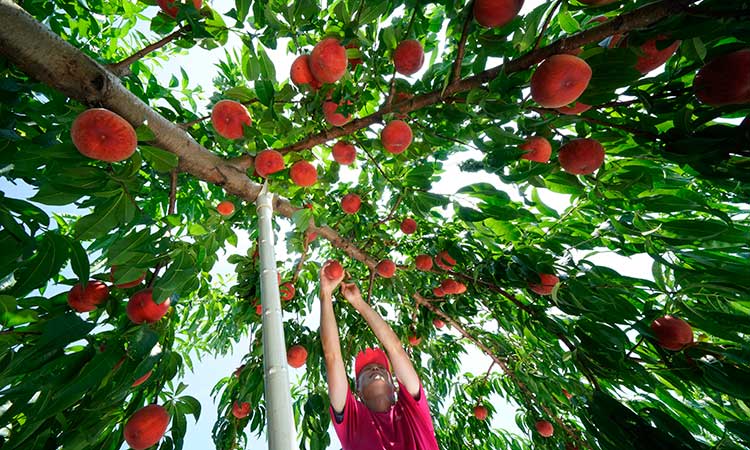 An employee picks peaches at Marusei Orchard in Fukushima. AP

AFP was granted rare access to reactor control rooms and other parts of the plant for an update in the months before the Tokyo Olympics.

Seen from afar, the buildings housing reactors one to four, the most damaged of the six at the site, seem to have been almost fully repaired. 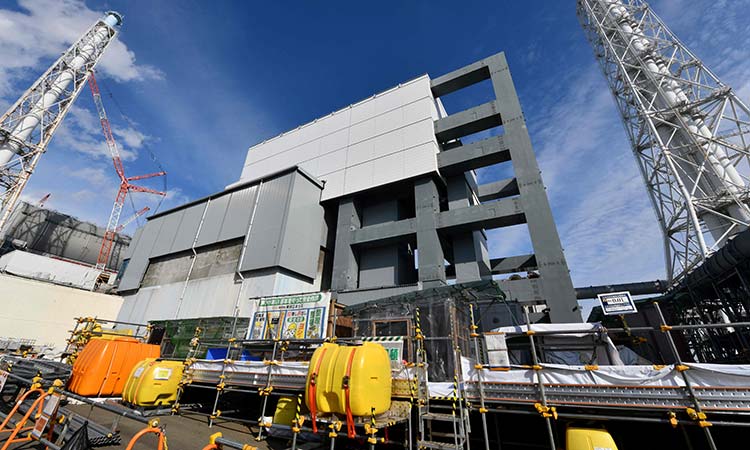 Three of them were ravaged by hydrogen explosions. But up close the damage is clear, with walls missing and debris still on the ground.

Those entering the control rooms must wear clothing designated for the "yellow zone" — protective suit, three pairs of gloves, three pairs of socks, boots, a full face mask and a helmet.

These don't protect against radiation, which passes through clothing, but are intended to limit radioactive dust entering the body or contaminating clothes.

The route to the rooms involves stepping over detritus from the disaster and squeezing along improvised staircases.

The khaki green control equipment, dating back to the 1970s, is still in the room, though long rendered unusable by the disaster.

On the wall scribbled calculations remain -- the desperate attempts of technicians in a room that had been plunged into darkness to work out how to save the plant.

But there was nothing they could do to stop reactors one, two and three from melting down. 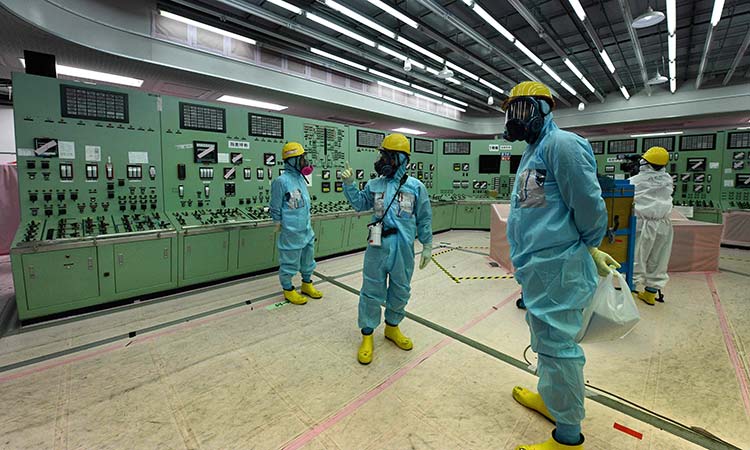 The molten fuel remains in the bottom of the reactors, so far only accessed by robots. The extremely delicate task of removing it will not be tested at full-scale until 2021, with the end of the process not expected before 2040 or 2050 at best.

Groundwater from the surrounding mountains that seeped into the facility and generated massive amounts of radioactive liquid has long been a major concern.

The influx has been limited in part by the construction of an underground "ice wall" that is more than a metre thick, over a kilometre long and extends 30 metres into the ground.

"Everyone told us that it would be very complicated, given the length of perimetre we needed to freeze," an engineer from plant operator TEPCO said.

"But in the end we were able to do it with a technique used in Japan during boring of tunnels: as the tunnel progresses, the edge of the tunnel is frozen to prevent it from collapsing."

Pumps are also used to reduce the amount of water that comes into the plant, but rain and water used to cool the reactors continues to generate 170 cubic metres (170,000 litres) of highly radioactive liquid a day.

The contaminated water at the plant passes through a filtration system known as ALPS to reduce radioactivity. 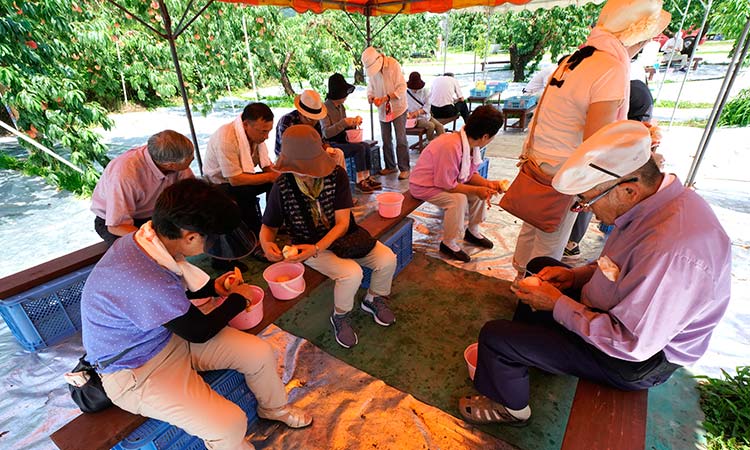 The early generations of the system were not as powerful as the current version however, and TEPCO says around 80 percent of the approximately one million cubic metres of treated water currently in tanks on site must be retreated.

After filtration, the water still contains a significant amount of tritium, which cannot be removed with current technology.

Activist groups like Greenpeace believe the water should be stored long-term until technology is developed to filter it further, an option rejected by Japan's government.

Officially, there are two main options for the water: evaporation into the air or discharging it into the sea. 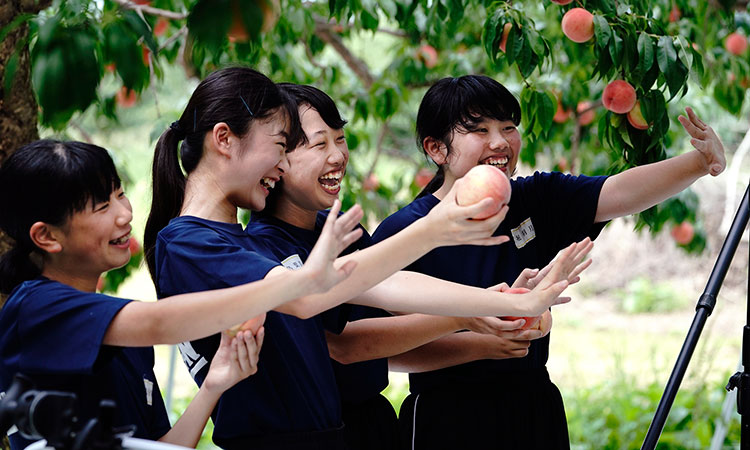 Visitors gesture while visiting Hishinuma farm in Fukushima, one of a three-part series on Fukushima's recovery following the 2011 Tohoku earthquake and tsunami. AP

The International Atomic Energy Agency says those options are both viable, but local fishermen and farmers are strongly opposed, worried about the effects on their livelihoods.

Each day between 4,000 and 5,000 workers pass through the Fukushima Daiichi plant, most of them employees or subcontractors of TEPCO. At the height of the difficult ice wall construction, the number was 8,000.

The workers have jobs ranging from the construction of tanks to the removal of spent fuel using remote-controlled cranes.

Others are there to manage the incredible logistics involved in the supply, supervision and disposal of protective gear. 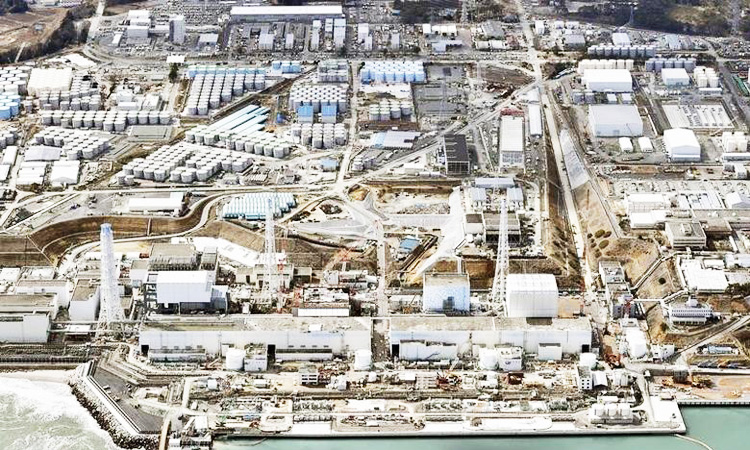