US death toll from coronavirus hits 19; two succumb in Washington 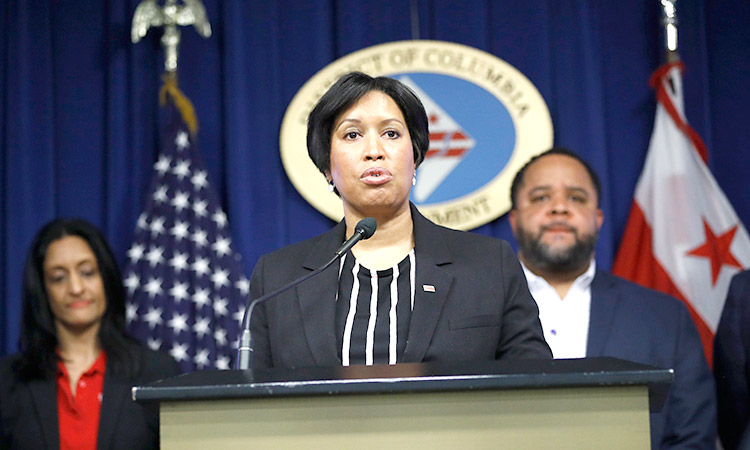 Two more people succumbed to the novel coronavirus in Washington state, officials said on Saturday, bringing the nationwide toll to 19, while the number of confirmed cases in New York rose to 89 and a cruise ship with infected passengers remained stranded outside San Francisco.

A man in his 50s tested positive for coronavirus — the first presumptively confirmed case in the nation’s capital - and another person who traveled through the city has also tested positive in Maryland, officials said.

District of Columbia Mayor Muriel Bowser said Saturday the man in the initial case started exhibiting symptoms of COVID-19 in late February. He was admitted to a Washington hospital on Thursday and appeared to have no history of international travel and no close contacts to any other confirmed cases across the US, Bowser said.

Two coronavirus deaths reported in Florida; first in eastern US

More than half of all US states have reported cases of the coronavirus, which originated in China last year and causes the sometimes deadly respiratory illness COVID-19. As the outbreak takes root, daily life has become increasingly disrupted, with concerts and conferences canceled and universities telling students to stay home and take classes online. 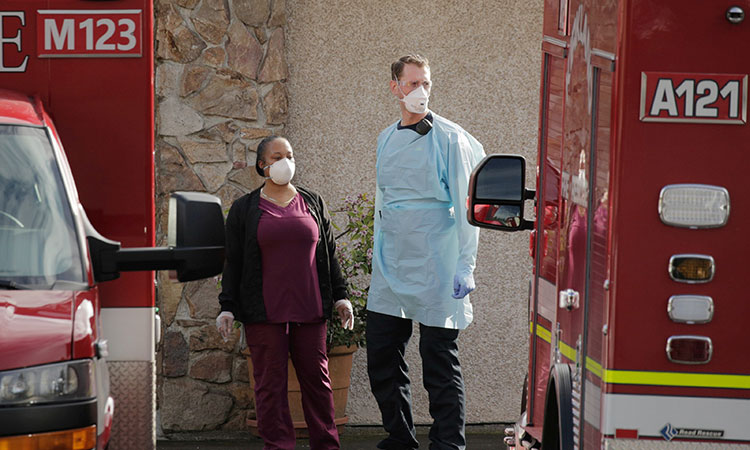 A nursing home worker and a medic talk in Kirkland, Washington. David Ryder/Reuters

Organisers of the Conservative Political Action Conference, a high-profile annual gathering that took place in Maryland last month, said on Saturday one of their attendees had tested positive for the virus after exposure prior to the event. The person had no interactions with President Donald Trump or Vice President Mike Pence, who were in attendance, the American Conservative Union said in a statement.

The two latest deaths were in Washington's King County, the hardest hit area in the United States after the virus spread among residents at a nursing facility in the Seattle suburb of Kirkland. The first deaths on the East Coast were announced late Friday, with two people succumbing in Florida.

In New York, the number of confirmed cases rose by 13 on Saturday to a statewide total of 89 people, Governor Andrew Cuomo said. He issued a declaration of emergency. 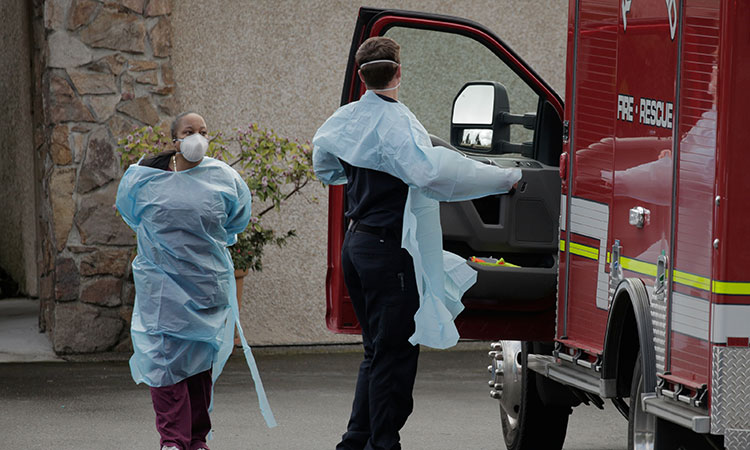 A nursing home worker prepares to transport a patient into an ambulance in Kirkland, Washington. Reuters

"It allows expedited purchasing and expedited hiring, which is what we need right now," Cuomo told a news conference.

In international waters off California, passengers on a cruise ship that was barred from docking in San Francisco after some aboard tested positive for the novel coronavirus did not know on Saturday when they might be able to step ashore.

Trump said on Friday he would prefer the Grand Princess's 2,400 passengers and 1,100 crew remain out at sea, but that he would let others decide where she should dock. 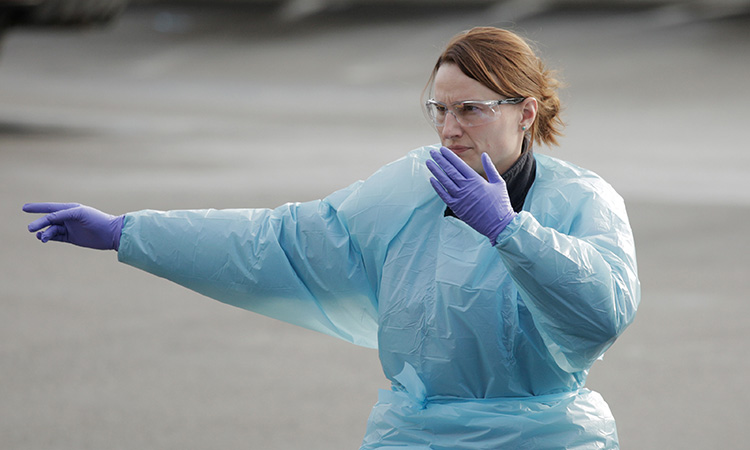 A medic helps another backup an ambulance at the Life Care Center of Kirkland in Kirkland, Washington. Reuters

After 19 crew and two passengers out of 46 tested on the Grand Princess were found to have the virus, Pence said the ocean liner will be taken to an unspecified non-commercial port where everyone on board will be tested again, and that those "who need to be quarantined will be quarantined" and those who need medical care will receive it.

US officials also began tracking another cruise ship that may have shared crew with the Grand Princess or the Diamond Princess, another ship where the coronavirus spread onboard, Pence said.