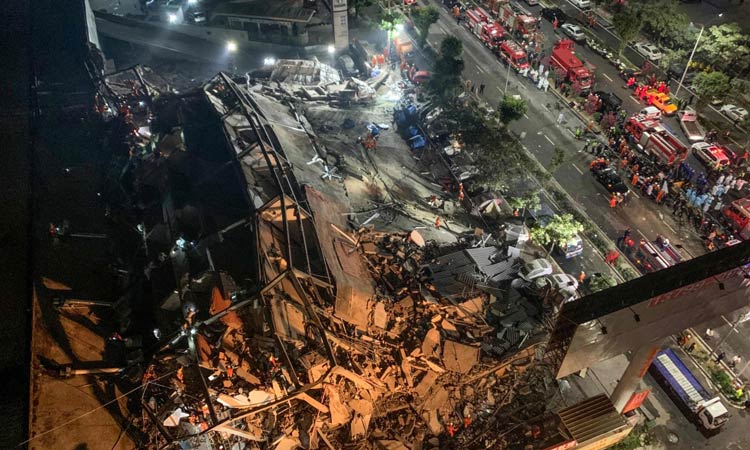 Rescuers search for survivors in the rubble of a collapsed hotel in Quanzhou, in China's eastern Fujian province, on Saturday. AFP

A five-storey hotel being used for coronavirus quarantine collapsed in the southeast Chinese port city of Quanzhou on Saturday trapping about 70 people, state media said. 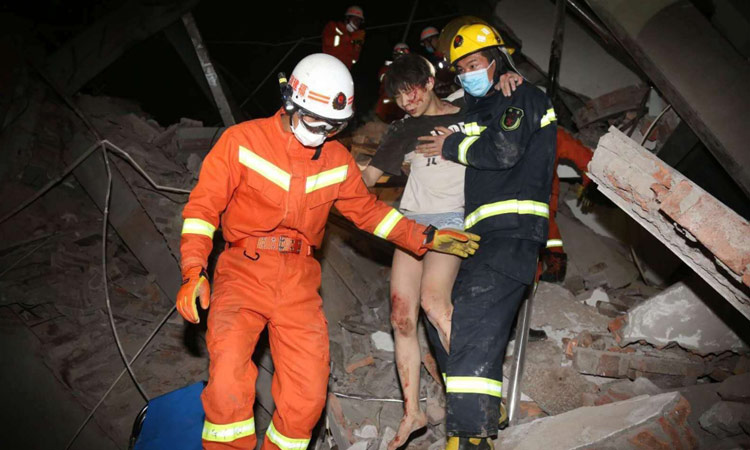 Rescuers help a woman from the rubble of a collapsed hotel building in Quanzhou city. AP

A video stream posted by the government-backed Beijing News site showed rescue workers in orange overalls clambering over the rubble of the Quanzhou Xinjia Hotel and carrying people towards ambulances.

The hotel collapsed at about 7:30pm and 34 people were rescued in the following two hours, the Quanzhou municipality said on its website.

"I was at a gas station and heard a loud noise. I looked up and the whole building collapsed. Dust was everywhere, and glass fragments were flying around," a witness said in a video posted on the Miaopai streaming app.

"I was so terrified that my hands and legs were shivering." 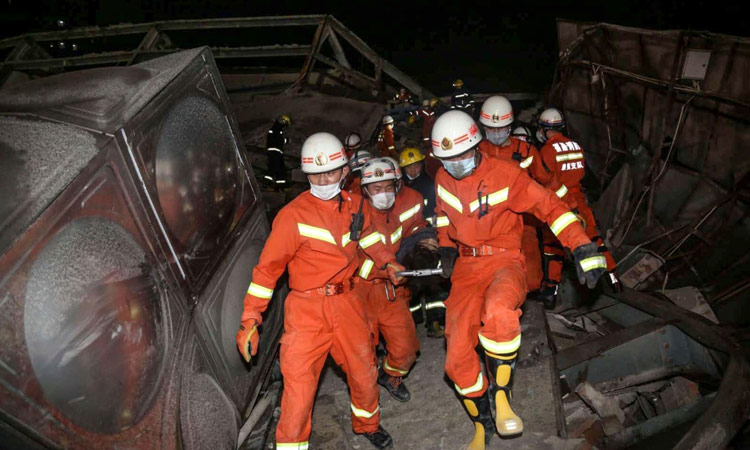 Rescuers carry an injured man (C) out of the rubble of a collapsed hotel in Quanzhou. AFP

A woman named only by her surname, Chen, told the Beijing News website that relatives including her sister had been under quarantine at the hotel as prescribed by local regulations after returning from Hubei province, where the coronavirus emerged.

She said they had been scheduled to leave soon after completing their 14 days of isolation.

"I can't contact them, they're not answering their phones, she said.

"I'm under quarantine too (at another hotel) and I'm very worried, I don't know what to do. They were healthy, they took their temperatures every day, and the tests showed that everything was normal." 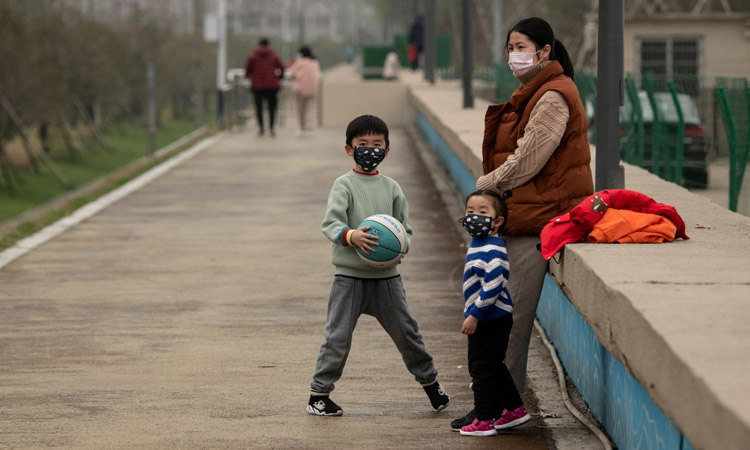 A woman and her childre wearing face masks are seen along a street in Jiujiang's central Jiangxi province. AFP

Quanzhou is a port city on the Taiwan Strait in the province of Fujian with a population of more than 8 million.

The official People's Daily said the hotel had opened in June 2018 with 80 rooms.

Beijing News' video stream was viewed by more than 2 million Weibo users on Saturday evening, and the hotel's collapse was the top trending topic on the Weibo site, China's close equivalent to Twitter.

Some users demanded a investigation into how the hotel could have collapsed. 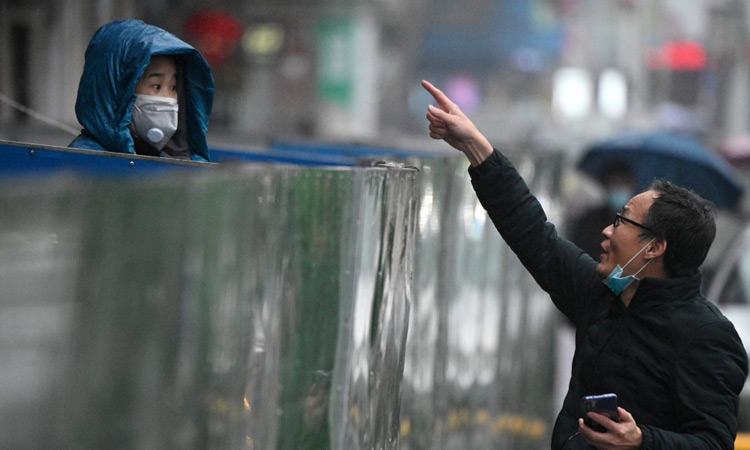 A woman wearing a face mask talks to a man along a street in Jiujiang. AFP

Anger has been building up against the authorities in China over their early handling of the coronavirus outbreak, which has killed more than 3,300 people globally, most of them in China.

The Fujian provincial government said that as of Friday, the province had 296 cases of coronavirus and 10,819 people had been placed under observation after being classified as suspected close contacts.

The official Xinhua News Agency said the committee responsible for working safety under the State Council, China's cabinet, had sent an emergency working team to the site.