Trump signs $8.3b bill to fight coronavirus outbreak in America 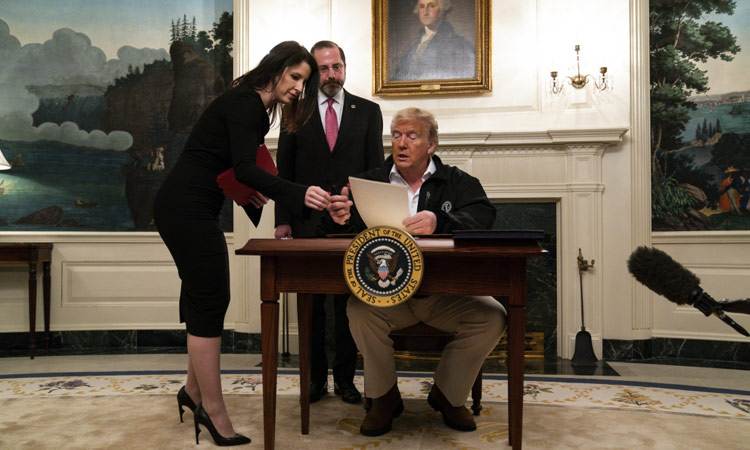 Secretary of Health and Human Services Alex Azar looks on as aide Catherine Bellah Keller hands documents to Donald Trump during the signing of a spending bill at the White House on Friday. AP

President Donald Trump on Friday signed an $8.3 billion measure to help tackle the coronavirus outbreak that has killed more than a dozen people in the US and infected more than 200.


The legislation provides federal public health agencies with money for vaccines, tests and potential treatments and helps state and local governments prepare and respond to the threat. The rapid spread of the virus has rocked financial markets, interrupted travel and threatens to affect everyday life in the United States.

Trump had planned to sign the bill during a visit to the Centers for Disease Control and Prevention in Atlanta. But he told reporters on Friday that concerns were raised about "one person who was potentially infected” who worked at the CDC. Trump said the person has since tested negative for the new virus, and the CDC was added to his schedule on Friday.

The Senate passed the $8.3 billion measure on Thursday to help tackle the outbreak in hopes of reassuring a fearful public and accelerating the government's response to the virus. Its rapid spread is threatening to upend everyday life in the US and across the globe.

Thursday's sweeping 96-1 vote sends the bill to the White House for President Donald Trump's signature. Sen. Rand Paul, R-Ky., cast the sole "no” vote. The House passed the bill Wednesday by a 415-2 vote.

The plan would more than triple the $2.5 billion amount outlined by the White House 10 days ago. The Trump proposal was immediately discarded by members of Congress from both parties. Instead, the bipartisan leadership of the House and Senate Appropriations committees negotiated the increased figure and other provisions of the legislation in a burst of bipartisan cooperation that's common on the panel but increasingly rare elsewhere in Washington.

"In situations like this, I believe no expense should be spared to protect the American people, and in crafting this package none was,” said Appropriations Committee Chairman Richard Shelby, R-Ala. "It's an aggressive plan, a vigorous plan that has received an overwhelming positive reaction.”

Trump was sure to sign the measure, which has almost universal support. It is intended to project confidence and calm as anxiety builds over the impact of the virus, which has claimed more than a dozen lives in the US. 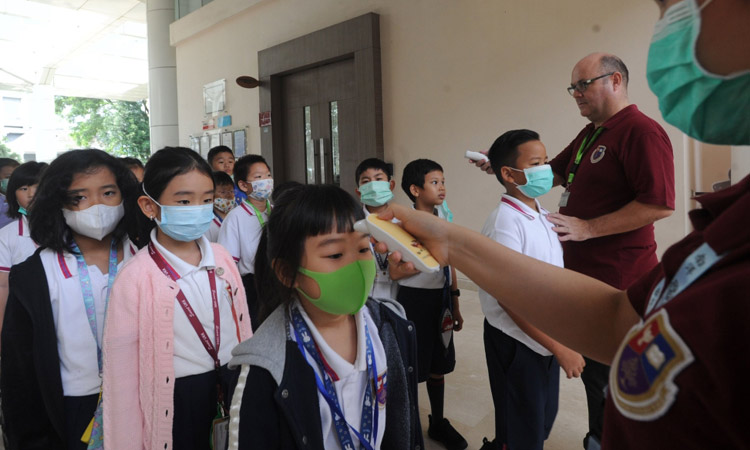