Bombers blow themselves up near US embassy in Tunis, kill 5 police officers - GulfToday 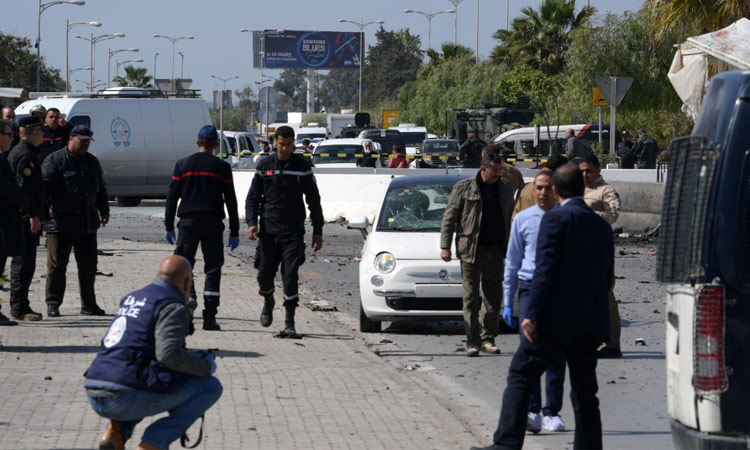 Police and forensic experts gather at the scene of an explosion in Tunis on Friday. AFP

A ministry statement said the attackers both died. A civilian was slightly injured.

Media reports citing eyewitnesses said the attackers were on a motorcycle. That report could not be immediately confirmed.

Phones at the embassy went unanswered.

Police taped off the area around the blast site, which was littered with debris. The flag of the United States could be seen fluttering in the background. 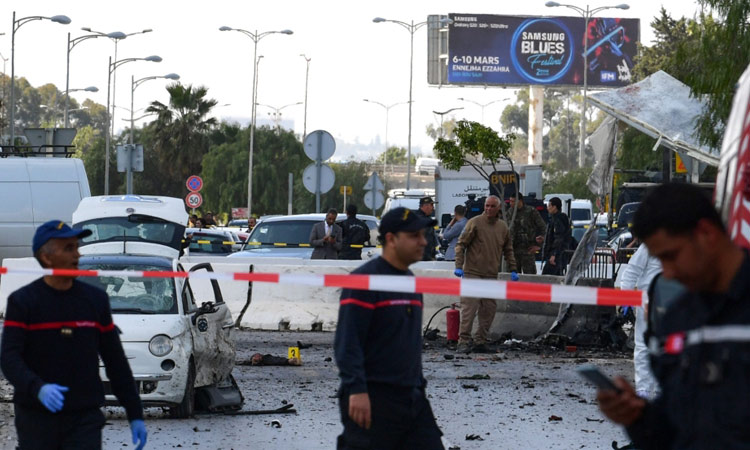 Police and firefighters gather at the scene of an explosion near the US embassy in Tunis. AFP

Dozens of people have been killed in multiple attacks by extremists in Tunisia, notably in 2015 when the famed Bardo Museum outside the capital and a luxury beach hotel were attacked.

The US embassy, located in a residential area on the outskirts of Tunis, was attacked in 2012 by crowds angered by an anti-Muslim film produced in the United States.