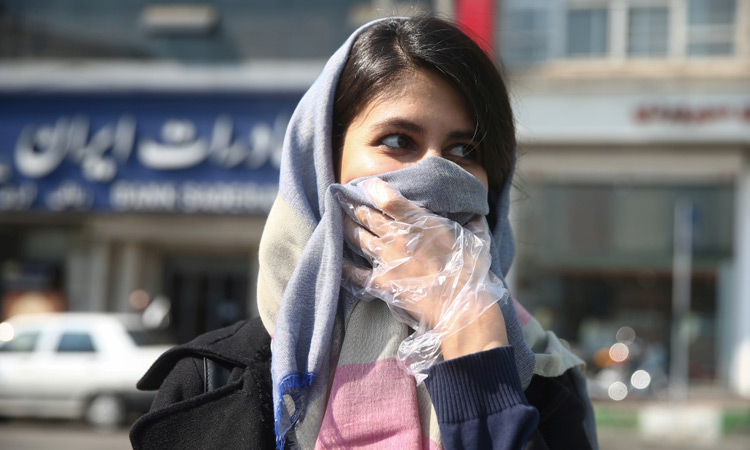 An Iranian woman wears a protective face mask, following the coronavirus outbreak, as she walks in Tehran. Reuters

Iran urged people to stay at home, avoid unnecessary journeys and spread no rumours about the coronavirus on Wednesday after the death toll from the virus rose to 354 in the country.

"We have identified 958 new confirmed cases of COVID-19 infection in the last 24 hours, increasing the total number of cases to 9,000 across Iran," Kianush Jahanpur, a health ministry spokesman, told state television. "Also 63 people have lost their lives in the past 24 hours."

"Only the health ministry ... is in charge of announcing figures ... violators will be charged with acting against national security," said Iran's prosecutor-general Mohammad Jafar Montazeri in a statement, state TV reported.

Across the Mideast, the vast majority of the 9,700 people who have contracted the coronavirus and the COVID-19 illness it causes are in hard-hit Iran or had recently returned from there. The Islamic Republic has one of the world's worst death tolls outside of China, the epicenter of the outbreak. Outside of Iran, only Iraq, Egypt and Lebanon have recorded deaths from the virus in the Middle East.

Elsewhere, Lebanese Health Ministry official said a man has died from the coronavirus, marking the first known death from the COVID-19 illness in the country.

The official says the 56-year-old man had recently returned from Egypt. The official spoke on condition of anonymity because he was not authorized to give official statements. 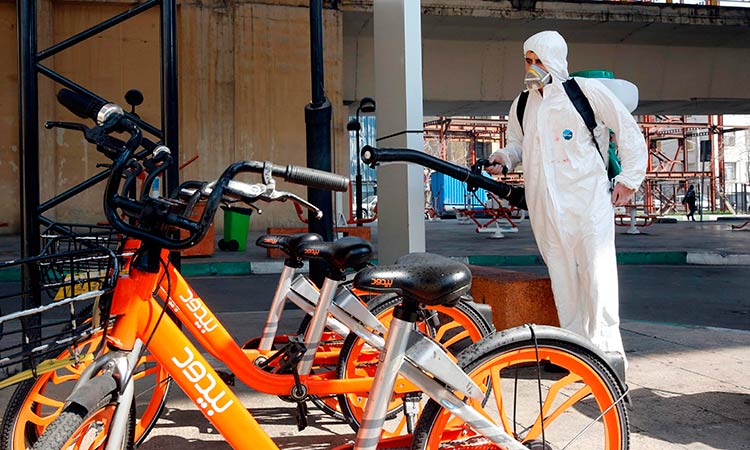 Iranian fire fighters and municipality workers disinfect a street in Tehran for COVID-19 on Thursday. AFP

The Mediterranean country has 41 confirmed cases of of the new coronavirus -- most of them linked to Iran. At least one patient who returned from Iran has left the hospital after two weeks successful treatment.

Lebanon has been hit by a severe financial and economic crisis since October, particularly after mass protests against the country's ruling elite broke out in October. But street demonstrations have been minimal since the outbreak of the coronavirus. 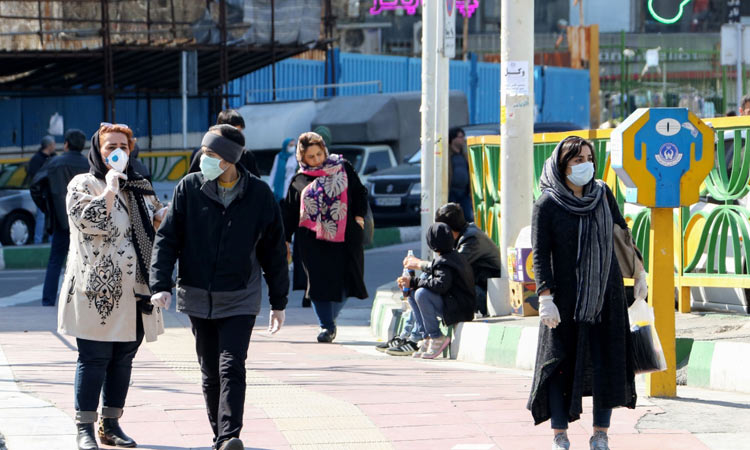 Iranian pedestrians walk while wearing protective masks in Tehran amid the spread of coronavirus in the country. AFP

For most people, the new coronavirus causes only mild or moderate symptoms, such as fever and cough. For some, especially older adults and people with existing health problems, it can cause more severe illness, including pneumonia.

The vast majority of people recover from the new virus. According to the World Health Organization, people with mild illness recover in about two weeks, while those with more severe illness may take three to six weeks to recover. In mainland China, where the virus first exploded, more than 80,000 people have been diagnosed and more than 58,000 have so far recovered.