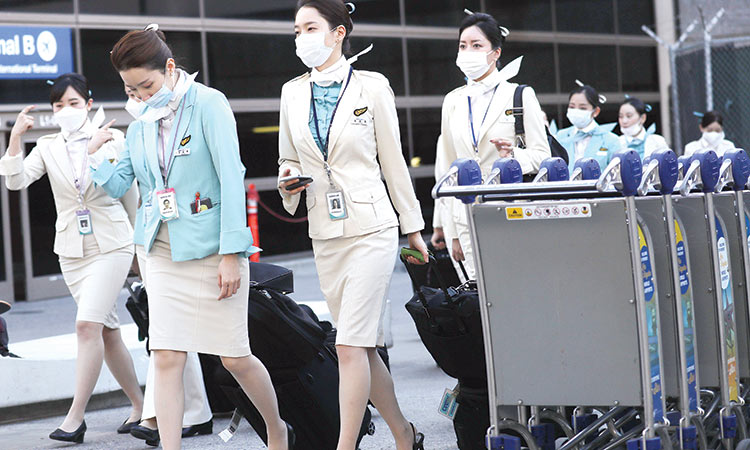 Earlier during the day, the Department of Health — Abu Dhabi (DoH-AD) affirmed that laboratory tests conducted for 167 cases of quarantined contacts of two cases of coronavirus (COVID-19), announced on Thursday, have returned negative.

In a statement this evening, the DoH-AD said,’’ It is still monitoring the condition of the remaining cases of contacts, whom lab test findings will be available within the next few hours.’’

In collaboration with the Ministry of Health and Prevention and other competent authorities, the DoH-AD has applied precautionary quarantine and preventive measures on all participants in the UAE Tour and placed them in hotels on Yas Island for testing.

The health authorities are still monitoring the health condition of the contacts to ensure safety of the community,’’ the statement added.

Aref Al Awani, Secretary General of Abu Dhabi Sports Council, is also quarantined along with the rest of the participants in the race.

He thanked the Ministry of Health and the National Emergency Crisis and Disaster Management Authority for their efforts to control the conditions in the race, after the emergence of two coronavirus cases among technical teams.

The 2020 ITU World Triathlon Abu Dhabi has become the latest sports event to fall victim to the coronavirus, with next month’s edition postponed.

The World Series event was to take place on Yas Island from March 5-7, but will now have to be rescheduled, it was confirmed on Saturday.

The Abu Dhabi Paratriathlon World Cup and Abu Dhabi Mixed Relay event have also been postponed as a precaution.

Italy’s sporting world was also badly hit. Five Serie A matches, including a key clash between Juventus and Inter Milan, have been postponed because of the coronavirus crisis, Italy’s soccer League said on Saturday.

Schools and universities stay closed for a second consecutive week in three northern Italian regions in an effort to contain Europe’s worst outbreak of coronavirus, dashing any hopes of a swift return to normality.

Lombardy, Veneto and Emilia Romagna have accounted for more than 90% of some 900 confirmed cases of the virus that have so far come to light in Italy, as well as all the 21 fatalities.

France on Saturday put a temporary ban on public gatherings with more than 5,000 people, while Switzerland on Friday banned events expected to draw more than 1,000.

More than 2,900 people have died and over 85,000 have been infected worldwide since it was first detected in the central Chinese city of Wuhan late last year.

South Korea has the most cases outside China, with 3,150 infections as 813 more patients were reported on Saturday -- the country’s biggest increase to date. Deaths in Iran from coronavirus have hit 43, the highest number outside China, and the total number of infected people has risen to 593, an Iranian health official said on Saturday.

One lawmaker, elected in Iran’s Feb. 21 polls, has died of the coronavirus, Iranian media reported on Saturday.

Iraq has detected five new cases of Coronavirus, four in Baghdad and one in Babel province, the Health Ministry said on Saturday, taking the total number of cases in the country to 13.
Agencies