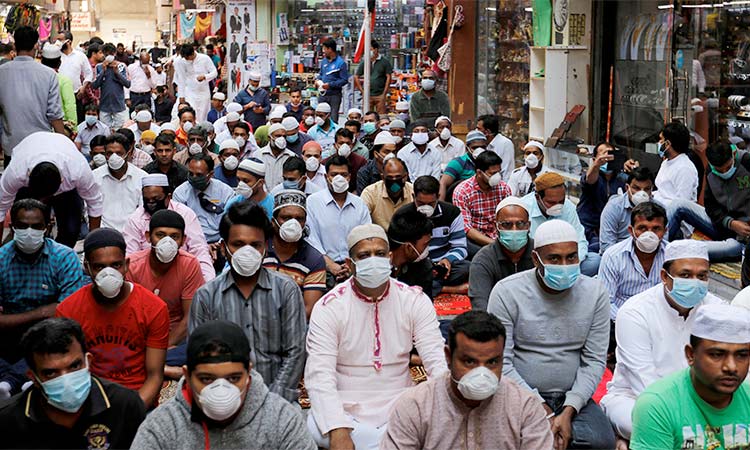 Iran on Friday reported eight new deaths from coronavirus, raising its toll to 34, as the number of infections jumped again in the Islamic republic, one of the worst-hit countries.

Health ministry spokesman Kianoush Jahanpour said 143 cases had been detected over the past 24 hours, increasing the total of confirmed infections to 388.

Among the new cases, 64 were in Tehran while the number of provinces hit by the outbreak rose to 24, Jahanpour said.

“We are currently in a phase in which infections are increasing,” he said, predicting that the situation “will continue for some days, even weeks.”

It is the highest number of new cases for a single day since Iran announced its first confirmed infections on Feb.19 in the shrine city of Qom.

Jahanpour said 73 people with the infection had left hospital over the past few days.

Health Minister Saeed Namaki announced on Friday that all schools would be closed from Saturday to Tuesday.

“We have a very difficult week ahead of us,” he told state television.

Iran has the highest death toll from the virus outside China, where COVID-19 first emerged.

One of Iran’s seven vice presidents, Massoumeh Ebtekar, and deputy health minister Iraj Harirchi are among several senior officials who have been infected.

US Secretary of State Mike Pompeo said the United States has offered to help with the coronavirus response in Iran.

“We have made offers to the Islamic Republic of Iran to help,” Pompeo said in a hearing at House Foreign Affairs Committee.

“Their healthcare infrastructure is not robust and to date, their willingness to share information about what’s really going on inside...Iran has not been robust and I am very concerned that....it is Iran that is not sharing information.”

Those infected had either travelled to Iran or been contaminated by people who went there, she told a media conference in Kuwait.

Lebanon halted flights for non-residents from countries with coronavirus outbreaks, including China, Iran, Italy and South Korea, the transport ministry said on Friday.

The decision also bars land and sea travel. It excludes Lebanese citizens and foreign residents of the country.

Lebanon has reported three cases of coronavirus over the past week, all of them who had arrived from Iran. The government decided on Tuesday to curb some flights and halt all flights for pilgrims. Israel’s health ministry confirmed its second case of coronavirus, a person it said had been in close contact with a man who tested positive after visiting Italy.

“Another coronavirus patient who was in close personal contact with the patient who returned from Italy was diagnosed with a positive result, and transferred to isolation,” the health ministry said in a statement.

A week ago, two Israeli passengers who tested positive after travelling on the virus-stricken cruise ship Diamond Princess were quarantined in an Israeli hospital.

The rapid rise in coronavirus raised fears of a pandemic on Friday, with five countries reporting their first cases, the World Health Organisation (WHO) warning it could spread worldwide and Switzerland cancelling the giant Geneva car show.

World share markets crashed again, winding up their worst week since the 2008 global financial crisis and bringing the global wipeout to $5 trillion. 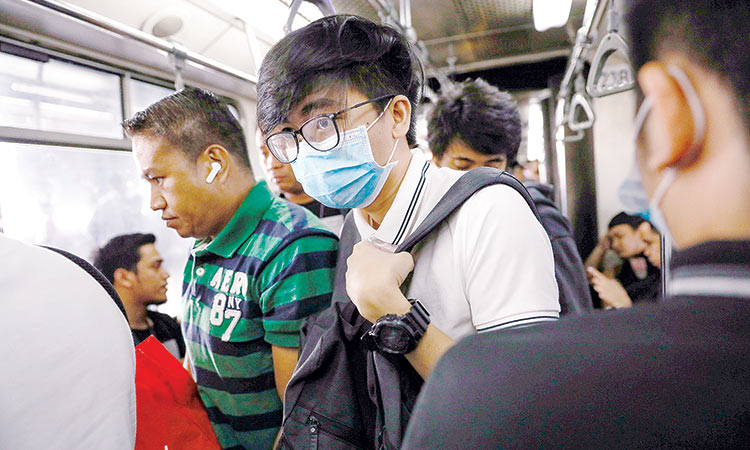 Philippine Ambassador Hjayceelyn M. Quintana on Saturday reminded her over 600,000 countrymen to rely only on updates about Novel Coronavirus 2019 (nCoV2019) from UAE health authorities and to refrain from using any form of social media for unchecked claims and news.