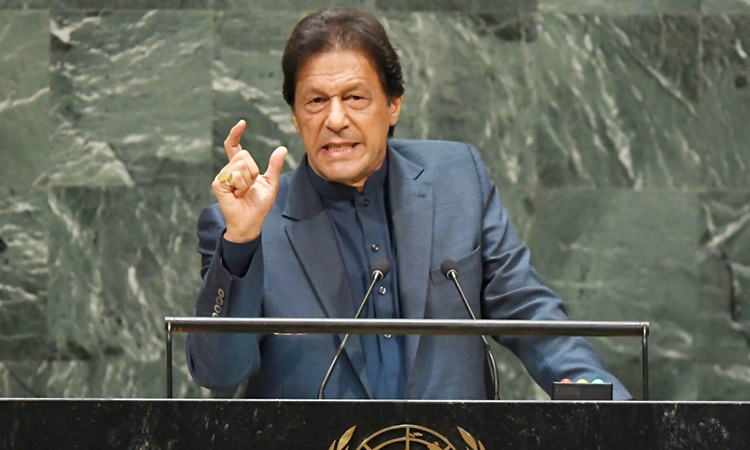 The Pink Floyd co-founder was participating in a protest held in London to demand the release of Julian Assange.

Introducing Aamir Aazim, a 30-year-old poet from Jamia Millia Islamia, Waters said: "This is a young man none of us know. His name is Aamir Aziz. And he is a young poet and activist in Delhi. He is involved in the fight against Modi and his fascist, racist citizenship law.”

Waters then went on to read out an English translation of Aamir Aziz’s poem “Sab Yaad Rakha Jayega.”

The video has been widely shared by critics of the Citizenship (Amendment) Act amid violence in Delhi.

Sharing the clip on Twitter, Imran Khan wrote: "When musicians who have all their lives rallied for peace, start taking notice of the massacres in India, it is time the world must stand up and take notice. Stand up on the right side of history.” 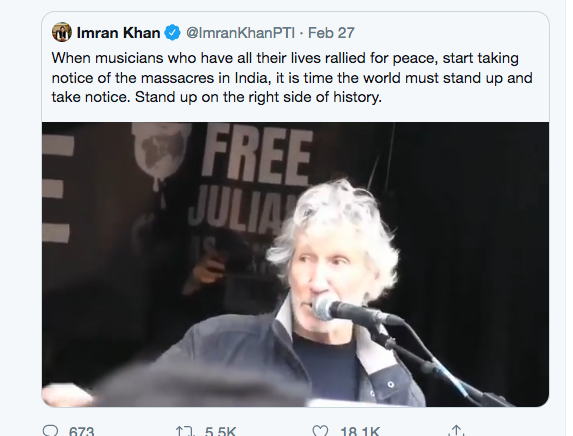 Dozens of people have been killed and hundreds injured during protests, especially in Delhi, against the controversial citizenship law during the past few days.

Earlier, Imran in a tweet warned people against targeting non-Muslim citizens or their places of worship in Pakistan, saying anyone found involved in such acts will be dealt with strictly. He categorically said that minorities were equal citizens of this country. His announcement was welcomed by local artists.

Actors Mahira Khan and Fahad Mustafa and singer Farhan Saeed praised the prime minister for his firm stance on the rights of minorities in the country.