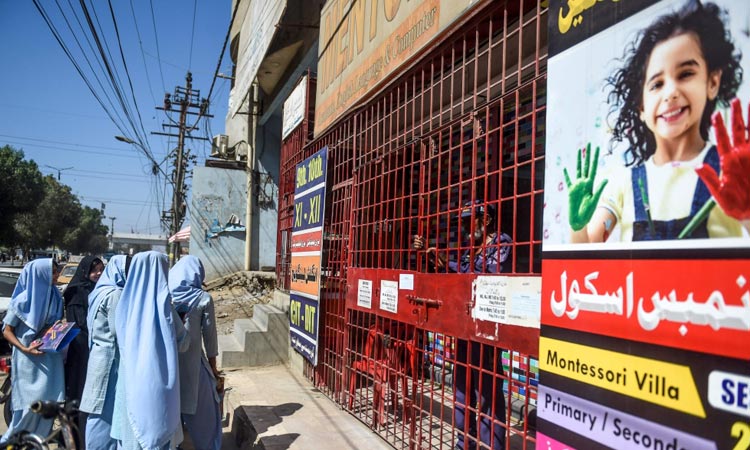 Students leave their school as it is closed by the provincial government that has announced two-day holidays for educational institutions in Karachi on Thursday. AFP

Pakistan on Thursday shut schools in several areas and suspended flights to and from Iran to try to stop the spread of new coronavirus, after reporting its first cases of the infection, officials said.

Pakistan temporarily shuts its border with Iran amid coronavirus 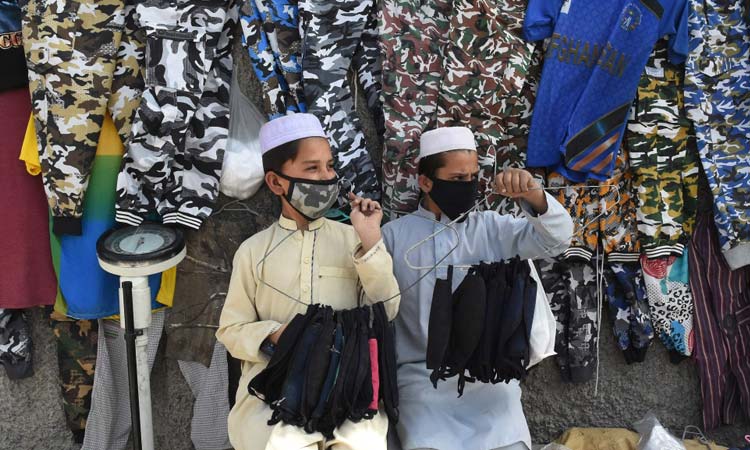 Vendors sell face masks alongside a street in Quetta. AFP

Authorities shut schools in the southern province of Sindh, including the country's largest city Karachi where the first case was reported, and the southwestern province of Baluchistan, which borders Iran. They also began to trace nearly 8,000 pilgrims who recently returned to the country from Iran.

Road and rail movement between the two countries had already been suspended earlier in the week.

"Civil Aviation Division has decided to cease all direct flights between Pakistan and Iran till further notice," a message from aviation official Abdul Sattar Khokhar said. 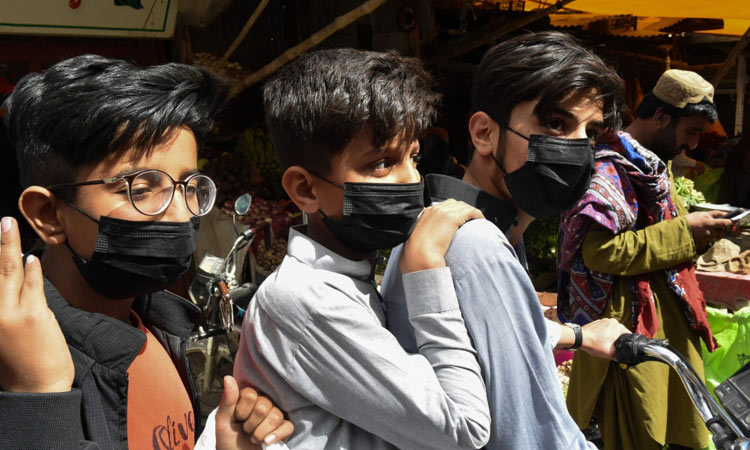 Residents wear protective face masks as a prevention measure against the COVID-19 at a market in Quetta. AFP

The government has decided to continue flights to and from Saudi Arabia for passengers holding "iqama” or permanent Saudi nationalities. However, people wishing to visit Saudi Arabia for Umrah or tourism will not be allowed on the flights. 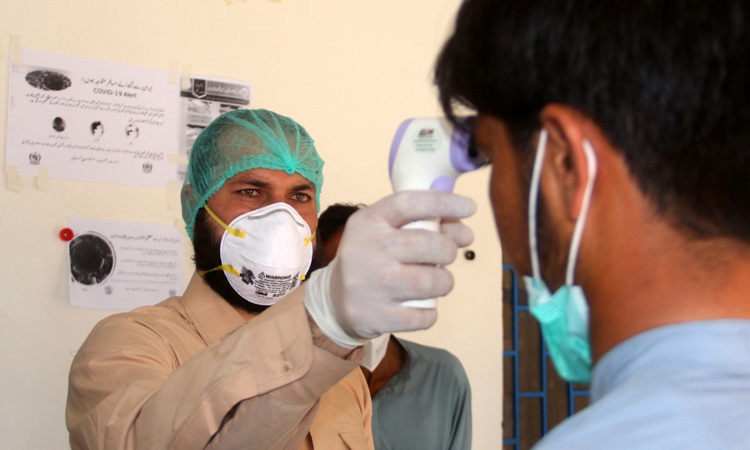 A health worker checks the temperature of a man who returned from Iran at the border post in Taftan. Reuters

Pakistan International Airlines (PIA) also tweeted about these measures and said that while the national carrier will continue flight operations as usual, people with Umra or tourist visas will not be able to go to Saudi Arabia as "PIA will fully implement instructions given by the Saudi government".

Earlier, a flight coming from Oman was disembarked at the runway at Jinnah International Airport Karachi. The passengers were checked for the virus on the runway before they made their way to immigration and out of the airport.

The decision to disembark flights and check patients at the runway was taken at a meeting at the Chief Minister House on Thursday.