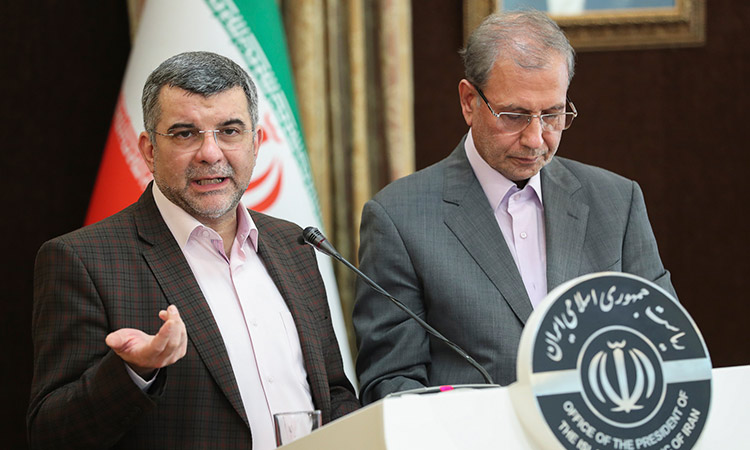 It's a contagion that is spreading its tentacles faster than imagined. And it has virtually the whole world in its grip.

Almost every day news comes in of either new nations being hit by the coronavirus or new cases surfacing in countries afflicted with it.

Even ministers have not been spared. Iran's deputy health minister, Iraj Harirchi has said he had been infected with COVID-19, a day after he appeared symptomatic in a press conference.

The virus has killed 15 people in Iran, making it the worst-hit region outside of China.

"I've had a fever since Monday. The first test I took late last night came back positive and I have been in isolation since then. Just now they told me the final test was also positive."

Harirchi said he was receiving treatment and that he was waiting for his fever to drop.

"I want to assure you that with the help of the Ministry of Help, and the support from you, the government and the pillars of the system, we will successfully fight this virus in the coming weeks." 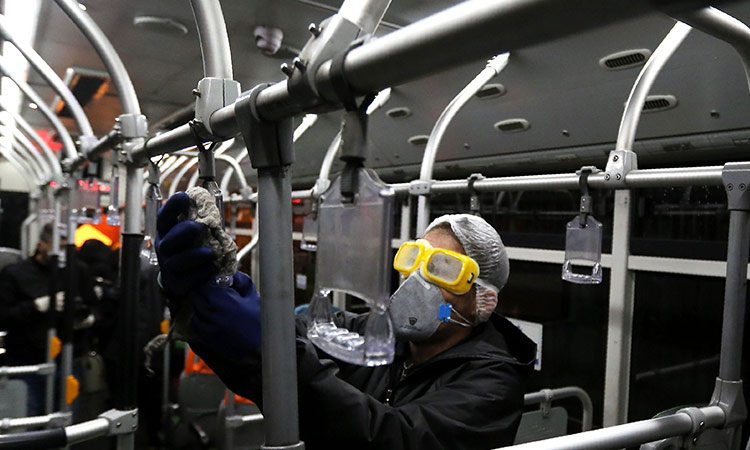 A Tehran Municipality worker cleans a bus to avoid the spread of the COVID-19 illness. AFP

Reformist MP Mahmoud Sadeghi, who was banned from running in upcoming elections, has also contracted the disease, he said on Twitter.

There was recent controversy in Iran when Ahmad Amirabadi Farahani, a lawmaker representing the city of the holy city Qom, claimed 50 people had died from the coronavirus in Iran, a much higher number than the official line, Efe news reported.

The deputy minister appeared to be wiping sweat from his brow and demonstrated some of the symptoms associated with the disease.

The World Health Organization is sending a team of experts to help Iranian authorities address the COVID-19 outbreak.

He said 35 new cases had been detected since the previous day, 19 of those in Qom and nine in Tehran. 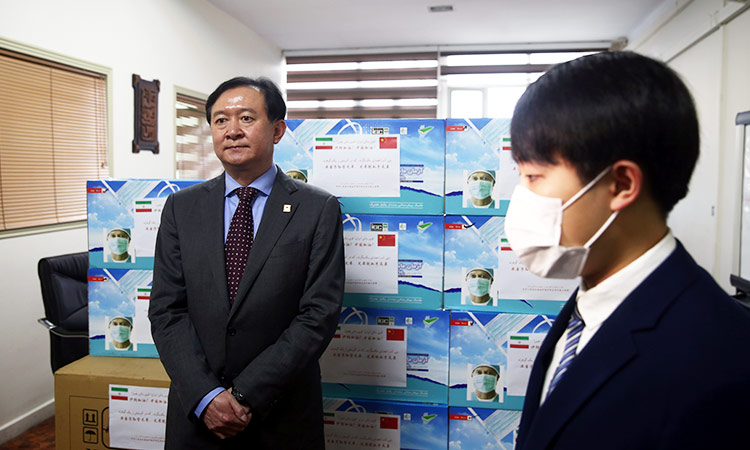 Several neighbouring countries reported their first cases on Monday related to people who had recently travelled home from Iran, where many had visited Qom, a pilgrimage site.

Bahrain and the United Arab Emirates halted flights to Iran.

The usual hustle and bustle of Tehran has been tempered by the outbreak. Public transport, restaurants and cafes are all but empty.

There was a different atmosphere in the supermarkets, where crowds of people rushed to buy up non-perishable products, like tins of pasta and rice.

"If it keeps up, the products are going to run out and the suppliers can't keep up with the quantity," Ahad, an employee in a grocery store in north Tehran, said.

Some citizens are preparing to lock themselves away in self-isolation. Authorities have already suggested that those who can should work from home.

Bordering nations Turkey, Iraq, Pakistan and Armenia have all closed their borders to Iran.

Most flights into Tehran have also been cancelled in a bid to curb the spread of COVID-19.