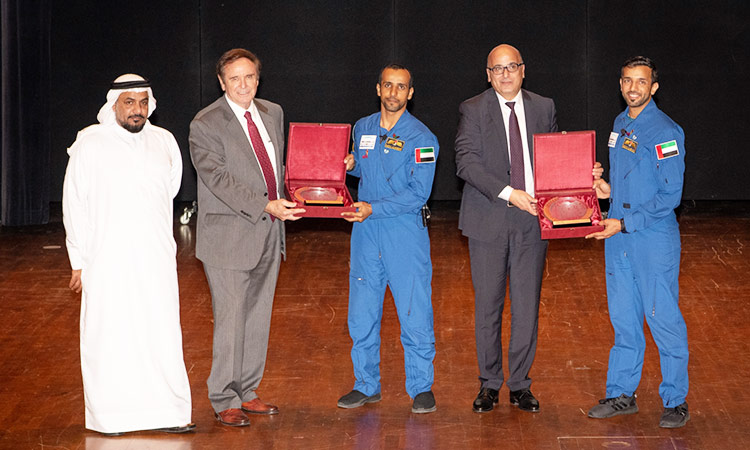 Hazza Al Mansoori and Sultan Al Neyadi are being honoured at the American University of Sharjah.

Mohammed Bin Rashid Space Centre (MBRSC) and AUS’ Department of Physics within the College of Arts and Sciences arranged the visit, providing AUS’ ambitious students with unique access to some of the UAE’s most celebrated individuals.

Dr. Mahmoud Anabtawi, Dean of the AUS College of Arts and Sciences, said, “Having the astronauts on campus meeting with our students is one of the best possible ways to encourage them to aim for the same level of accomplishment as Al Mansoori and Al Neyadi, and understand that with the right education and determination, there is nothing holding them back.” 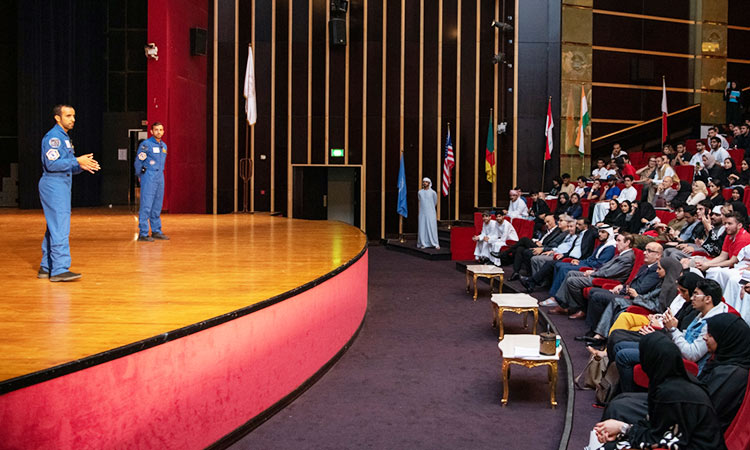 Emirati astronauts deliver a lecture at the university.

Al Mansoori completed his first eight-day mission into space last September on board the Soyuz MS-15 space craft, visiting the International Space Station (ISS). His Highness Sheikh Mohammed Bin Rashid Al Maktoum, Vice President and Prime Minister of the UAE and Ruler of Dubai said, “Hazza and Sultan represent all young Arabs and represent the pinnacle of the UAE's ambitions.”

For AUS students, this was an opportunity to meet Al Mansoori and Al Neyadi and discover how they might be able to forge their own space career. With the UAE’s burgeoning space industry, the future holds a number of career paths for those interested in the field. 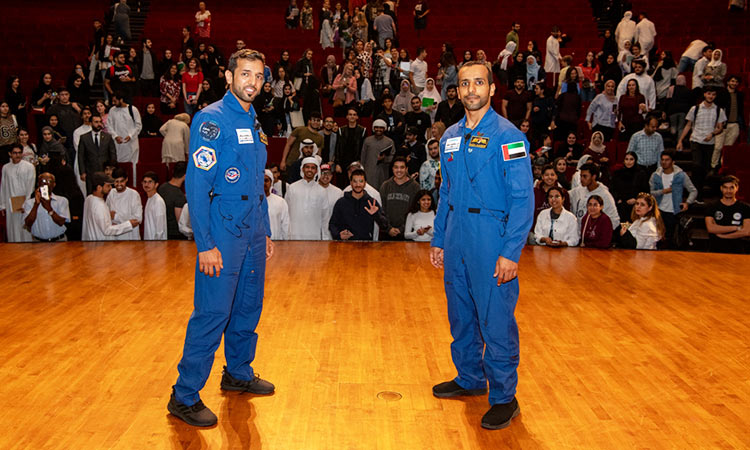 Emirati astronauts pose at the university.

To meet this growing demand, AUS has been expanding its offering over recent years, adding the Bachelor of Science in Physics to its undergraduate curriculum in 2018, which encompasses astrophysics and space science. A new Minor in Data Science, launched this academic year, will also help equip AUS graduates with the skills needed to pursue a space career.

A number of AUS alumni are currently working within the MBRSC, including Sara Al Amiri, who is the UAE’s Minister of State for Advanced Sciences and Deputy Project Manager of the Emirates Mars Mission. Al Amiri holds a bachelor’s degree and a master’s degree in computer engineering from the AUS College of Engineering. 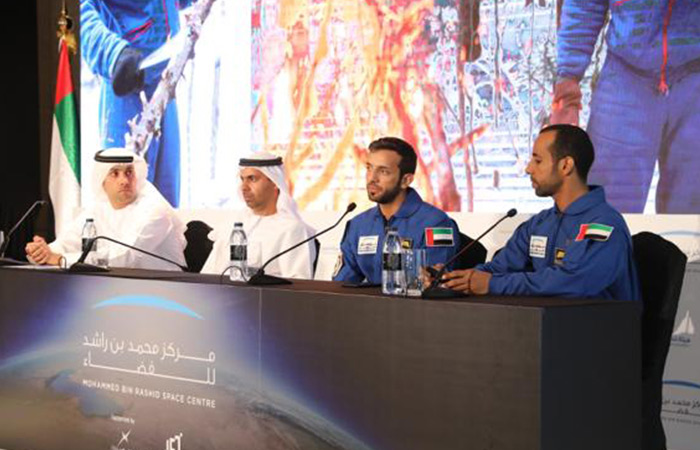 Over 3,000 Emiratis apply to become UAE’s next astronaut

The average age of applicants is 28, with the youngest applicant at just 17 years old and the oldest, 60. A majority of the registrations have come from Abu Dhabi, Dubai and Sharjah.