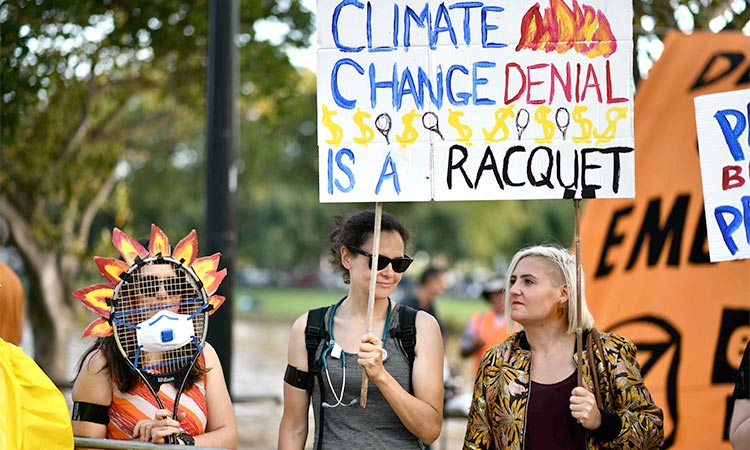 Climate activists hold placards as they march during a protest in London. File

Floods, earthquakes, bushfires have become the order of the day – and it is not confined to one particular country or area as would happen in the past.

In a world of increasing connectivity, nature seems to be unleashing a disaster streak that links a good number of areas in the globe. 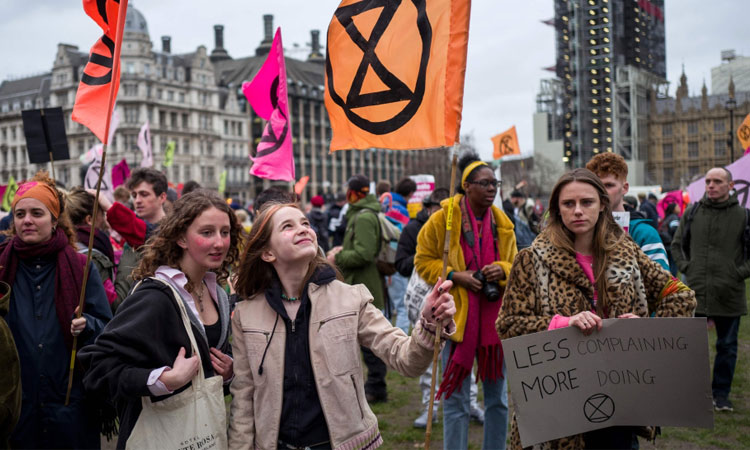 Climate activists hold up placards as they gather in Parliament Square during a protest organised by the Extinction Rebellion group in London on Saturday. AFP

According to a report in a section of the Australlian media, New Zealand's national carrier will install satellite receivers on one of its Bombardier Q300 turbo-prop aircraft, which will then collect environmental data for Nasa's Cyclone Global Navigation Satellite System as it flies between 19 different airports around the country.

An Air New Zealand Bombardier Q300, will be used for the project.

The Nasa programme consists of eight small satellites measuring wind speeds around the globe by tracing GPS and other signals reflected from the ocean and uses that to predict cyclones and hurricanes, the report said.

The project is the first time a commercial airline has worked with a Nasa earth science mission.