Mahathir quits his party after resigning as Malaysian PM - GulfToday 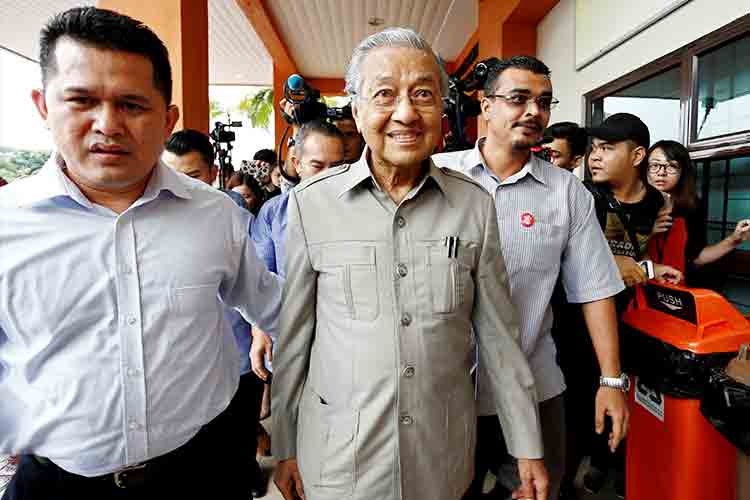 Malaysia's Mahathir Mohamad has quit his Bersatu party after unexpectedly resigning as prime minister on Monday amid a power tussle, three sources with knowledge of the matter told reporters.

Anwar Ibrahim and Mahathir — the world's oldest leader, aged 94 — have a notoriously stormy relationship but joined forces to oust a corruption-plagued government at the 2018 polls. 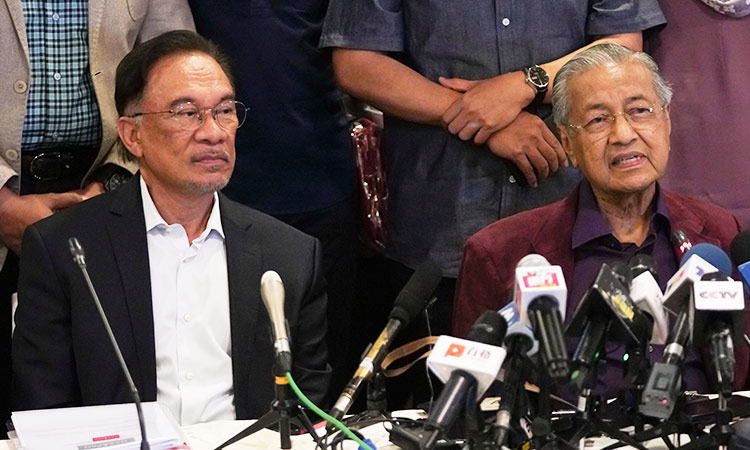 Mahatir Mohamad, right, talks to media next to his successor Anwar Ibrahim. AP

The weekend push to form a new government appeared to have fizzled out by early Monday, but then Mahathir's office made the surprise announcement that he had "sent a resignation letter as prime minister of Malaysia" to the king at 1:00 pm (0500 GMT).

Shortly before, Mahathir's Bersatu party announced it was leaving the ruling coalition and 11 lawmakers resigned from Anwar's party, leaving the Pact of Hope in tatters and fuelling speculation efforts could be under way to form a new alliance.

Anwar was due to see the king Monday, with speculation mounting that he would try to convince him that he had the backing of enough MPs to form a government. While his role is largely ceremonial, the monarch approves the appointment of the prime minister, who must have the backing of most MPs in parliament.

"If he has the majority then Anwar is the next prime minister," Azmi Hassan, political analyst with University Technology Malaysia, told reporters.

But he added that "with Bersatu out of (the ruling coalition)... most probably Anwar won't have the numbers". 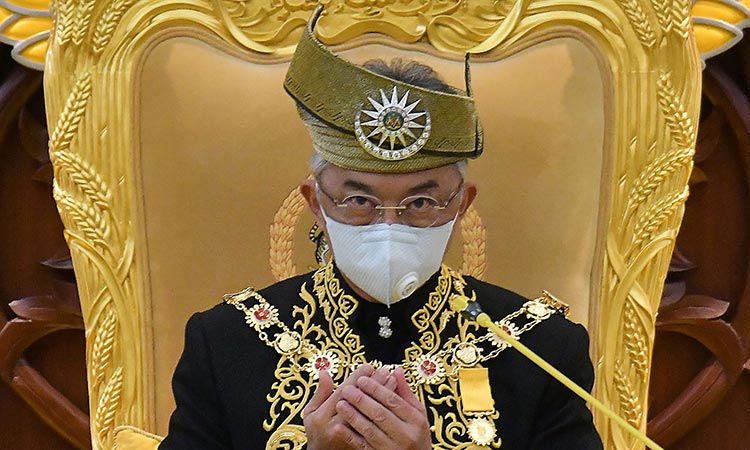