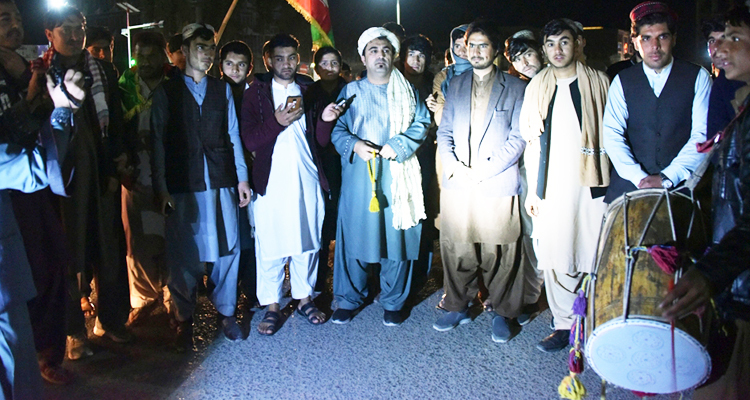 Youths and peace activists gather as they celebrate the reduction in violence, in Kandahar.

Conflict-wracked Afghans are finally getting to see light at the end of the tunnel. A temporary truce between the US, Afghan forces and the Taliban has seen Afghans erupting in joy. Taliban fighters, security forces and civilians have been hugging, sharing ice creams and posing for selfies in previously unimaginable scenes.

The ‘reduction in violence’ pact, inked on Friday, prepares the ground for the two sides to sign a peace deal next week aimed at ending 18 years of war in Afghanistan and bringing American soldiers home.

Afghans have been sharing their hopes for peace on social media, tagging posts with hashtags in Dari and Pashto -- Afghanistan's two main languages -- that translate to #ifPeaceComes and #whenThereIsCeasefire.

The week-long partial truce saw some jubilant civilians dancing in the streets as the war-weary country woke up to what is potentially a major turning point in its long conflict.

If the truce holds, it will be only the second lull in fighting since 2001.

Afghans are daring to dream of the war ending and their country finally opening up.

The burst in enthusiasm comes as the Taliban and US are expected on February 29 to strike a deal that would see American troops withdraw from the country in exchange for security guarantees, after more than a year of gruelling talks. 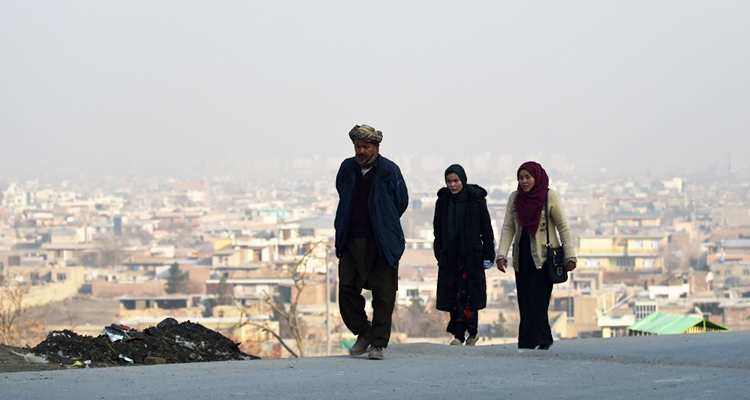 A man walks along with women on a hillside overlooking Kabul.

While the move is fraught with uncertainty, it marks a potentially historic step in the country's more than 18-year-old war.

"In the past 15 years, people have not been able to travel on highways safely. The Taliban stop them, kill them or kidnap them," Ramin Mazhar, a popular poet who helped spread the hashtags, told AFP.

If the reduction in violence holds, Mazhar said he would go to Nuristan, an inaccessible province in the northeast of the country.

"I want to go to Nuristan, run, laugh, sing, dance, whistle and eat yoghurt," he said.

"I want to touch its green hills, crazy rivers and blue sky. I want to climb its trees, and know its pigeons."

Afghanistan was once a popular destination on the "hippie trail" that saw foreigners from across Europe travel to the country by bus en route to India in the 1960s and 1970s.
Tourism was all but destroyed following the Soviet invasion in 1979 that led to over 40 years of continuous fighting and instability.

Few Afghans have been able to visit areas outside of their immediate home ever since, while millions have relocated to urban areas or moved abroad.
The desire to see more of the country is strong.

Afghanistan is home to stunning mountain ranges like the snow-capped Hindu Kush along with verdant, remote valleys and swathes of pristine desert.
However with the Taliban controlling or contesting approximately half of Afghanistan, only small pockets of the country are accessible.
"I have promised to take my friends to Badakhshan... (and) will fulfil my promise only when there is a ceasefire," Abdullah Jahid wrote on Twitter about the country's mountainous northern province near the border with Tajikistan.

"If peace comes, I will go to the remotest villages of Afghanistan to meet with the indigenous people, eat their food, learn about their handcrafts and share my sorrows and happiness with them," added Hamidullah Satari, another Twitter user.

Most analysts agree a subsequent agreement between the Taliban and the Kabul government would take years, but the breakthrough has spurred hopes.

People from all walks of life have been using the hashtags -- outlining journeys to be taken by foot, bicycle, or road trips by car, while Afghans living abroad have vowed to return to their country and settle if the war ends.

Even the Taliban are taking to social media to share hopes for peace.

"It was easy to travel under the Taliban regime but America destroyed everything. When the invasion ends, everything will be easy again," a Taliban supporter tweeted.
Others have said they hope any peace will provide an opportunity to help those who have suffered the most after decades of bloodshed.

Heela Najibullah -- the daughter of former Afghan president Najibullah Ahmadzai who was brutally tortured and murdered by the Taliban in 1996 -- said she hoped to visit her father's grave in southeastern Paktia province.

"I will walk to my father's grave. I will cry and pray that no other Afghan child becomes an orphan," she tweeted.

"I will make a school there, and teach at the university."

According to the United Nations Assistance Mission in Afghanistan (UNAMA), 3,404 civilians were killed and 6,989 were injured in 2019.

The UN also said, last year, that more than 100,000 people have been killed or wounded in Afghanistan in the last decade.

"Almost no civilian in Afghanistan has escaped being personally affected in some way by the ongoing violence," UNAMA head Tadamichi Yamamoto said.