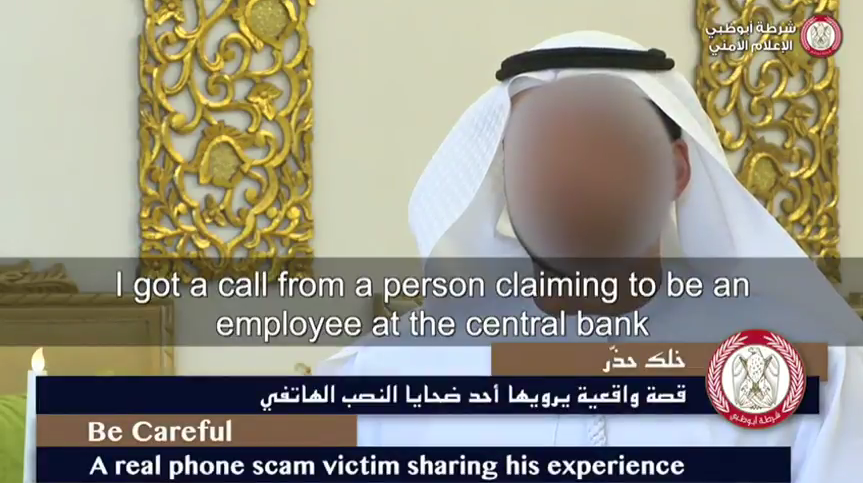 A screen grab of the victim talking about of the phone scam.

Abu Dhabi Police broadcast a video of a person who was victimised by receiving a fraudulent call, which resulted in the loss of money from his bank account.

In the video, the victim said that he received a call from a person working for the Central Bank to update the data.

He was informed the arrival of a text message and asked him for the confidential number he would receive on his phone.

The victim provided him with the number, and he was informed that he would return to inform him of the update.

A sum of Dhs35,000 was deducted and he was not aware that the amount was stolen from his account at that time.

A second transaction was made in which an amount of Dhs98,000 was withdrawn from his account. He contacted the bank and informed them about the transaction.

He was advised to visit the nearest police station.

The victim went to the police station and his money had been credited to his account.

He advised residents to be aware of scammers and phone fraudsters and make sure that if any person contacts, they should not provide with any confidential information.

Abu Dhabi Police warned the public to stay vigilant against all fraudsters and called for a concentrated media efforts to address various security phenomena, and to enhance the role of the media in spreading the awareness.