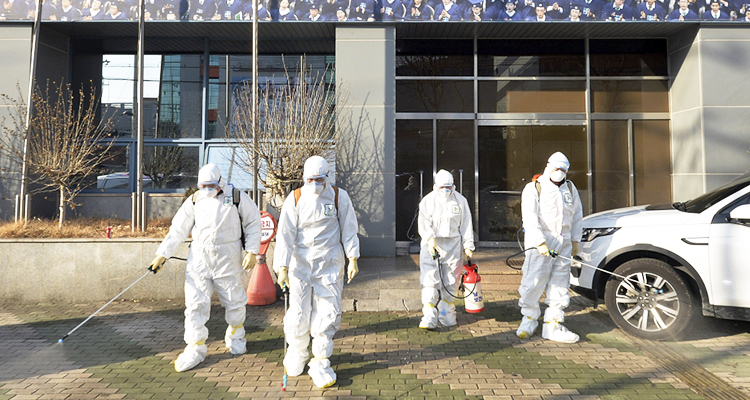 Workers wear protective gear and spray disinfectants in front of a church in Daegu.

Mayor Kwon Young-jin has asked 2.5 million people in the South Korean city of Daegu to stay indoors and refrain from stepping out as a new virus spreads rapidly in the city.

The mayor of Daegu went on to plead for help from the central government to help the South Korean city from the growing crisis.

Mayor Kwon Young-jin made the request in a televised news conference after the southeastern city and its nearby towns reported 35 additional cases of infection with the new coronavirus on Thursday. 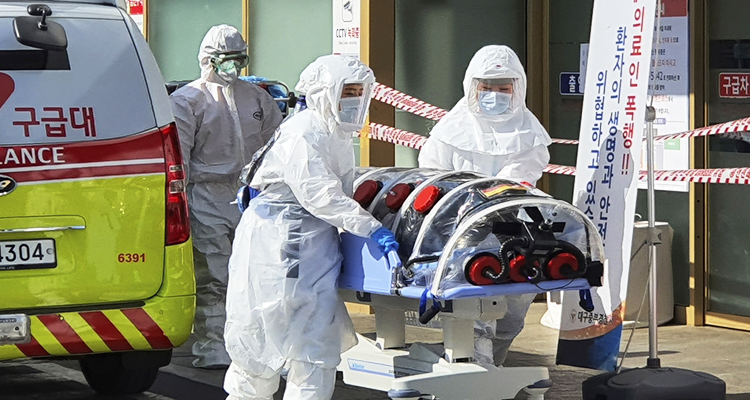 Medical workers move a patient suspected of contracting the coronavirus.

He expressed fears that the rising infections in the region will soon overwhelm the city’s health infrastructure and called for urgent help from the central government in Seoul.

The Korea Centers for Disease Control and Prevention said 28 of those 35 new patients went to church services attended by a previously confirmed virus patient.

That patient is a South Korean woman in her early 60s who has no recent record of overseas travel, according to center officials.

On Wednesday, the city confirmed 13 cases and 11 of them either went to the same church with the woman patient or contacted her at a hospital, according to the disease control center.

The explosion of infections in Daegu and the neighboring southeast region, as well as some new cases in the Seoul metropolitan area where the sources of infections were unclear, have raised concern that health authorities are losing track of the virus as it spreads more broadly in the country.