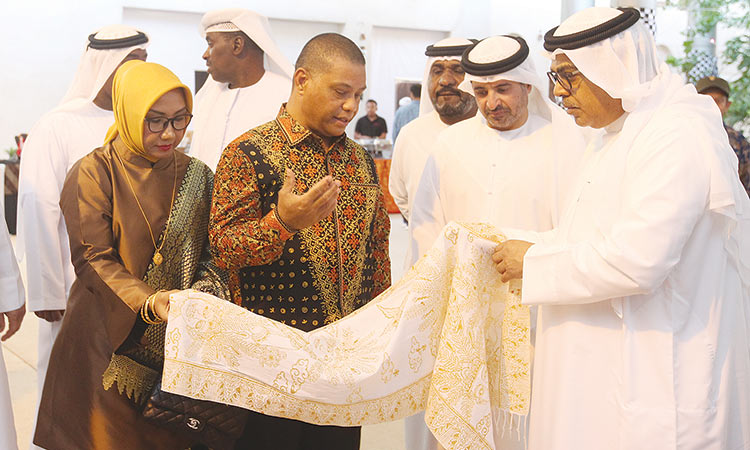 Al fresco and across the historic Sharjah Wall, they are going to be treated to cool evenings of traditional dances. They are going to be taught how to synchronize and play in chorus—for both Indonesian and contemporary songs—the Angklung, the individual seven-range bamboo musical instruments.

Free workshops for the ancient Javanese calligraphy, batik-making, and jewellery/accessories craftsmanship, have been scheduled until Feb. 22.

SIH chairman Dr. Abdulaziz Al Mussalam told Gulf Today the feature on the world’s largest archipelago and its peoples, located in Southeast Asia, is part of the “World Cultural Heritage Weeks” programme of His Highness Dr Sheikh Sultan Bin Mohammed Al Qasimi, UAE Supreme Council Member and Ruler of Sharjah.  It is in collaboration with the Republic of Indonesia Consulate General in Dubai.

The ancient Javanese calligraphy of 20 characters would be taught by new university graduates from Surabaya (East Java), Syahrul Romadhoni and Eric Hamzah who want to preserve this alphabet as “some schools (no longer include this in their curriculum).”

In their early 20s, they have become makers of wristwatches emblazoned with the Javanese alphabet “because when you stare at your watch, you learn (the letters and our culture).”

Former accountant-turned-precious stones jeweller/entrepreneur from Surabaya Riski Hapsari, is in-charge of the specialized wire-wrapping jewellery-making sessions, “I wanted to be with my children so I am now an entrepreneur. I work with five neighbours. My husband quit his job to help me in the business. My retired dad is helping me, too.”

Early visitors on Tuesday were 20 Chinese students learning Arabic language and culture at the University of Sharjah (UoS), invited by SIH-Chinese Culture Exchange Centre staff Zhang Maihua who goes by the Arabic name Madiha. They enjoyed the Indonesian bazaar and mini restaurants at the refurbished courtyard of the Al Gharbi House. Ru Yi or Amira from Southwest China and Thanaa from Southern China want to live and work in the UAE someday.

Ru Yi said: “The people of Sharjah are welcoming. We are happy that we have such programmes to attend. We are happy that our university allows us to go to these activities and experience different countries. I live in Southwest China. Southeast Asia is near my home. I love their culture. I love Indonesian culture, the stuff they make.”

Al Mussalam said: “This is our third year of hosting countries. It is in line with Sharjah as the ‘Cultural Capital of the Arab World’ and the ‘World Book Capital.’ We want to show how beautiful and rich our countries are. We are all part of the East. We want everybody to know (the richness) of Indonesia. This is one way of knowing (them).”

“A big delegation from Sharjah will be going to Mexico as part of the initiative,” he added.

Al Mussalam continued, “We have to meet each other and tell our stories.”

He mentioned Jakarta’s “Dharmasiswa” scholarship programme which allows students of any nationality elsewhere to live and be immersed in Indonesia for a minimum of three months. 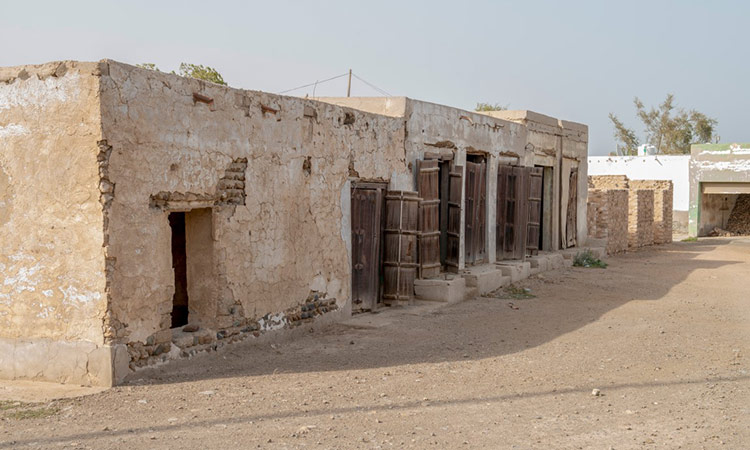