Was Coronavirus outbreak predicted 40 years ago? A book says so - GulfToday

Was coronavirus outbreak predicted 40 years ago? A book says so 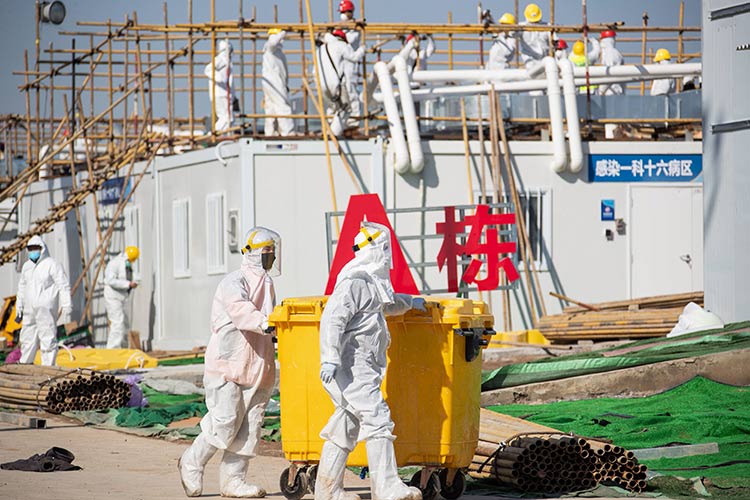 Workers go about their duties at a section of the Leishenshan Hospital in Wuhan in China's central Hubei province. AFP

Dean Koontz, the bestselling suspense author of the 1981 thriller “The Eyes of Darkness,” tells a story of a Chinese military lab that created a virus as part of its biological weapons programme.

Chapter 39 of the book talked about the lab located in Wuhan, and the virus with the name, wuhan-400.

Manish Tewari, congress leader tweeted excerpts of the book and it went viral on the internet.

A lot of people are of the opinion that the coronavirus was man-made. 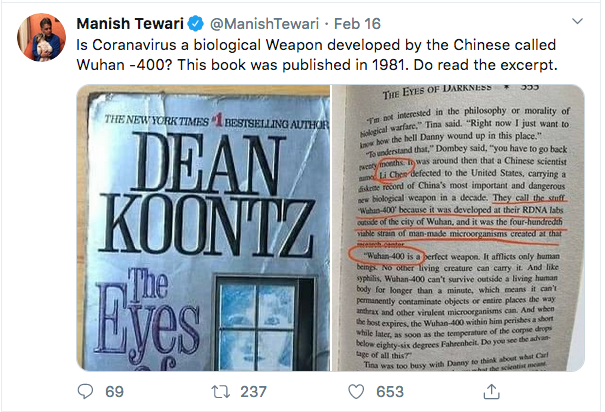 In Tewari’s tweet a paragraph was highlighted that read: "They call the stuff 'wuhan-400' because it was developed at their RDNA labs outside of the city of Wuhan, and it was the four hundredth viable strain of man-made micro-organisms created at that centre."

Tweeter users had a lot of comments on it.

A user said, "sensational ... No doubt China had replaced Russia and USSR as rogue country in Hollywood films and later James Bond movies."

"Okay if it is then it surely backfired on them!" said another user.