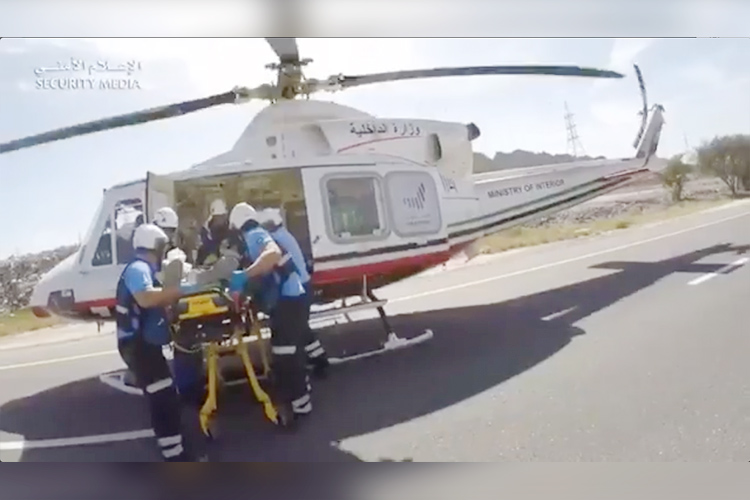 A horrific truck-car collision happened on Masafi-Fujairah Road on Monday.

One of them was in critical condition. The National Ambulance requested an airlift of the injured Asian.

The aircrew reached the accident site. One of the injured was urgently transported by air to Fujairah hospital.

The National Ambulance team treated the other three patients on the scene, transporting two of them to Al Dhaid hospital and the other to Fujairah hospital for further treatment. ‎ 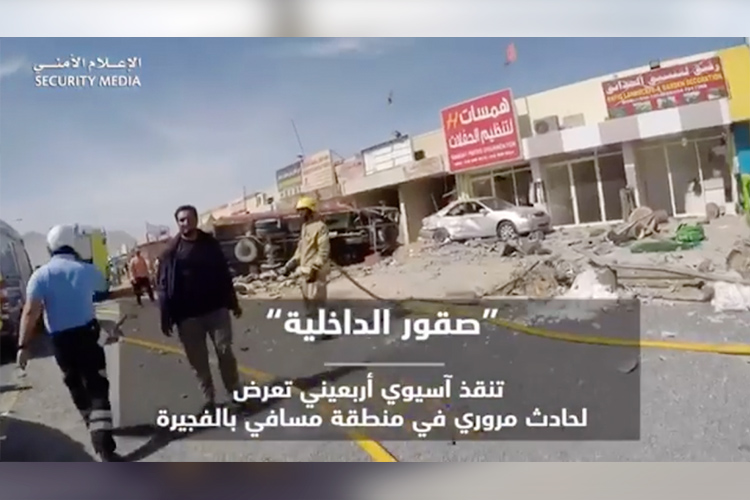 Police and civil defence members cordon off the accident site.

In December, an 18-month-old child died after he was ran over by his neighbour.

According to Fujairah Police the neighbour while reversing his vehicle on Saturday failed to notice the toddler behind his four-wheel drive and ran over the boy in front of his family’s house in Wasit area.

The driver rushed the child to Dibba Fujairah Hospital, but the child passed away before getting to the hospital.

The child’s body has been handed over to his parents for the burial, while the case has been referred to the Public Prosecution for further investigation. 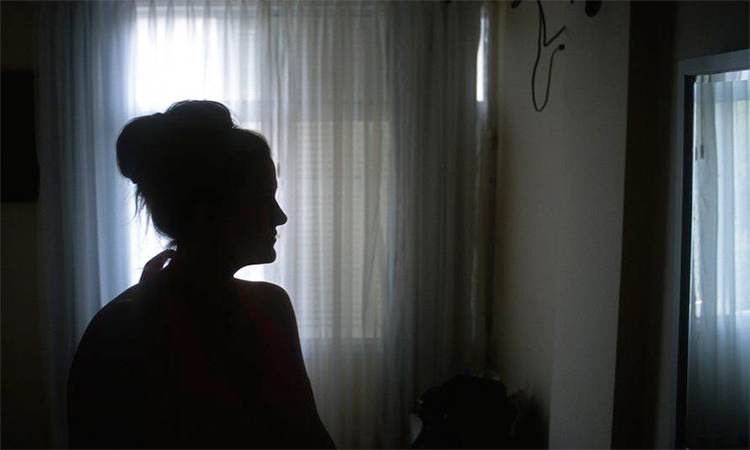