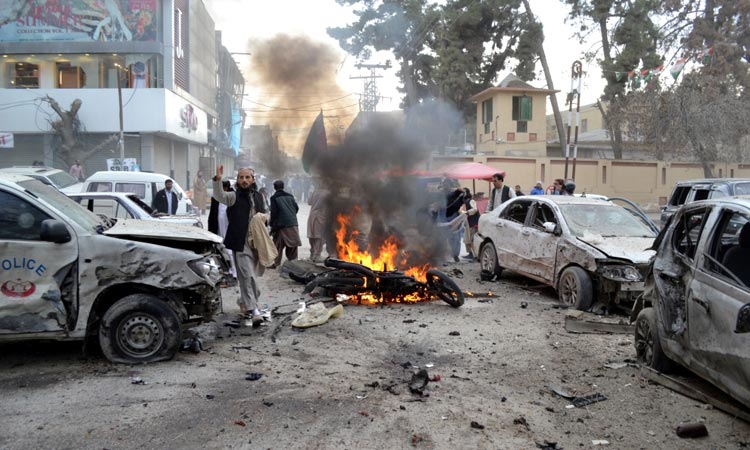 People gather at the site of a bomb blast in Quetta on Monday. Reuters

At least 10 people were killed in a suicide blast that targeted a police vehicle in southwestern Pakistan on Monday, officials said.

Two police personnel were among those killed in the blast in the city of Quetta, the capital of Balochistan province, which borders Afghanistan and Iran.

"We have received 10 bodies so far and 35 injured in Civil Hospital,” a hospital official said.

Police said the blast went off near Quetta's press club, where dozens of supporters for an Islamic party had gathered outside. They added that police officers were among those killed. 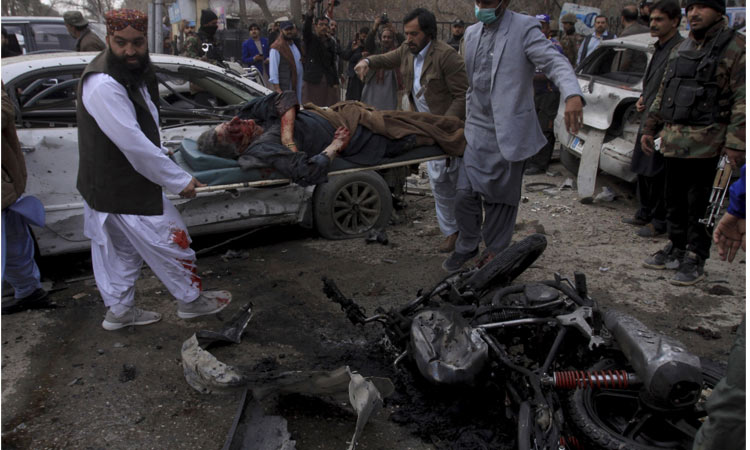 Volunteers remove a victim at the site of a suicide bombing in Quetta on Monday. AP

Hospital officials say some of the wounded persons were listed in critical condition.

No one immediately claimed responsibility for the bombing. Baloch separatist groups, as well as rival militants, operate in the province and have staged similar attacks before.

City police chief Abur Razza Cheema said dozens of followers of the Ahl-e-Sunnat Wal Jammat party were rallying to pay tribute to Islam’s first caliph when the bomber blew himself up there.

Footage on social media appeared to show the explosion ripping through the local bazaar, sending people running for shelter.

The bombing destroyed some nearby shops and vehicles, police said.