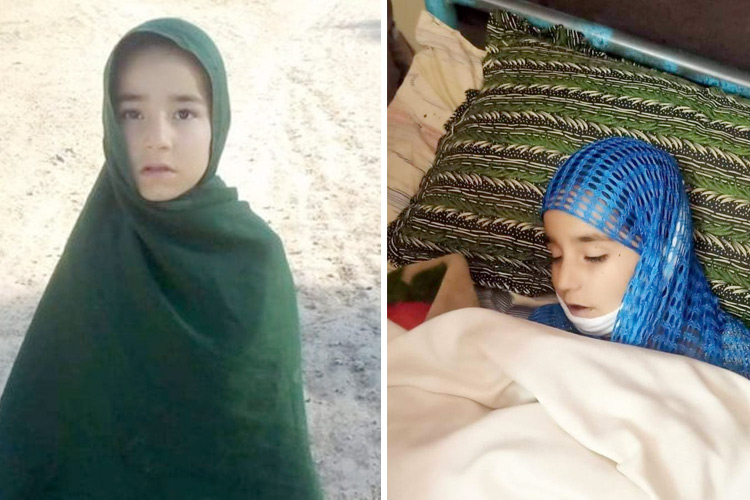 A combo image shows Mahida and her body.

Police in Hangu district of Khyber Pakhtunkhwa (KP) province of Pakistan, on Wednesday claimed to have arrested a young man who is suspected of being behind the sexual assault and murder of an eight-year-old girl, Madiha, in the area.

The rape and murder of Madiha has sent shockwaves across the country, triggering a firestorm on social media.

The body of the victim, who was shot dead after the assault, was found in a deserted area of Thall Tehsil’s Sarokhel village on Sunday. 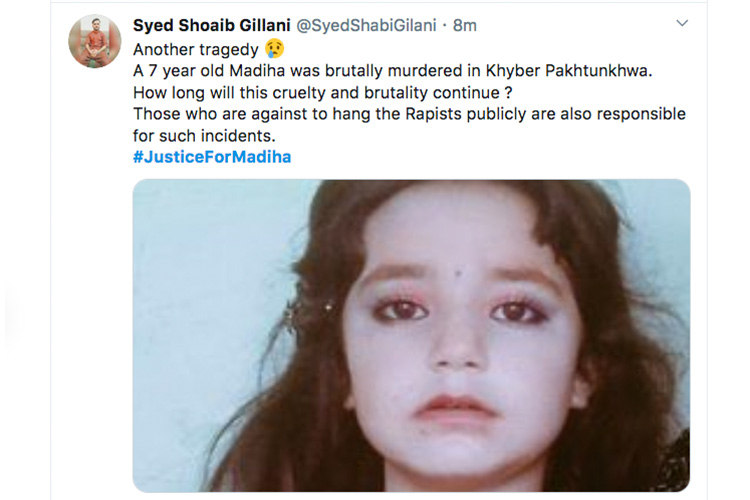 He said blood samples found on the victim's body had matched those collected from the 18-year-old suspect.

According to the DPO, the families of the victim — who had gone missing on Saturday night — and the suspect live together in a joint house.

"The suspect took the minor girl to a deserted area and attempted to rape her," the police officer told DawnNewsTV.

He said that the motive behind the killing was rape but whether rape had occurred would become clear after the forensic report of the samples is received from a laboratory.

DPO Ahmed revealed that after killing his minor cousin, the suspect had joined the girl's family members in searching for her through the night.

He also participated in a protest against the child's killing and attended her funeral, Ahmed said. Police also recovered a pistol from the suspect.

Police have shifted the suspect to Kohat for investigation.

The case has renewed the debate of capital punishment or hanging such criminals in public.

Shahid Bhatti said, “The resolution on child abuse and rape was passed. How long will they take to implement the law, how many more Madihas and their families have to suffer? 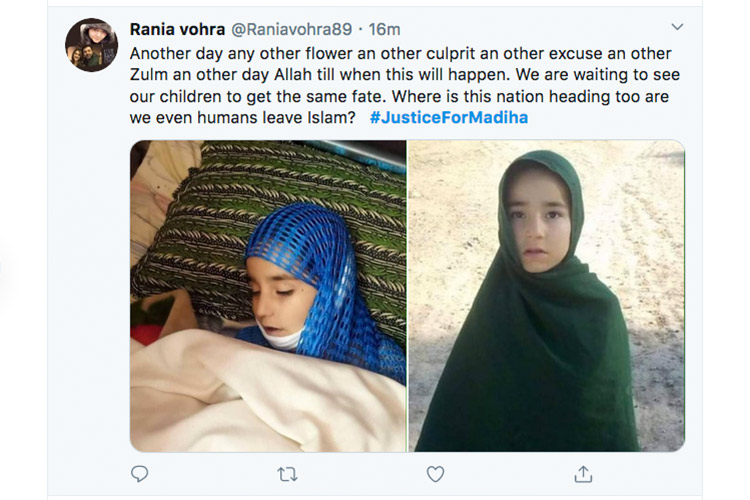 Dr Ahsan Kamal PML (N) said, “Little Angel Madiha I’m so sorry for U… Let's seek and demand Justice For Madiha. May Army Chief and PM Imran Khan and other politicians show the same sympathy and response which they showed to the Zainab incident years ago… Arrest the culprits and hang them publicly.”

Khurram said, “One more. But sadly your chosen people like Fawad Chaudhry, Shireen Mazari, Bilawal Bhutto, Shireen Rehman and many others opposed the bill of Public Hanging of a Child Abuser and Rapist… #JusticeForMadiha”

Muhammad Aslam said, “#JusticeForMadiha. Unless there is punishment according to Islamic laws in Pakistan, these incidents will continue to happen.”