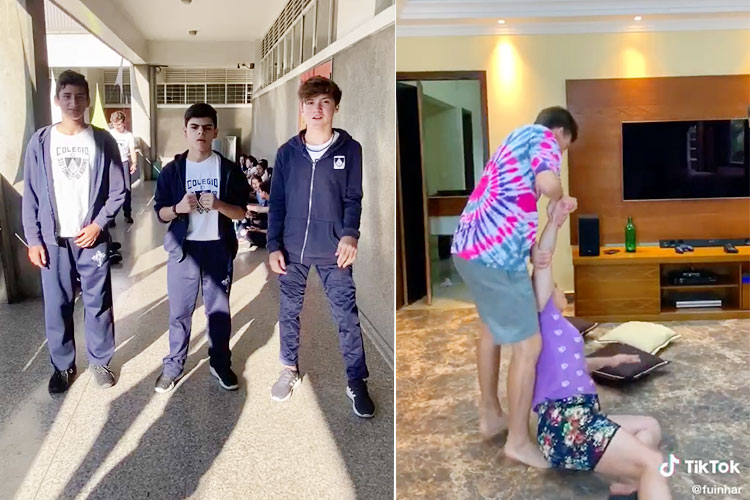 A combo image shows participants of the 'Skull breaker' challenge.

The new 'Skull Breaker' TikTok challenge is blowing up the Internet with reports of serious injuries from across the world.

Authorities have warned parents about the new video challenge also called the “Skull Breaker' TikTok challenge which can see their children end up with serious injuries.

Videos of the challenge, which have been circulating like wildfire on social networking sites, show three people jumping at the same time, with one of the participants clearly unaware of the impending danger.

Then, suddenly, as the person in the centre jumps up, the two flanking him trip or hit him on the feet or knees, sending him crashing to the ground.

The victim falls on his back with a resounding thud.

The warnings that first appeared on WhatsApp are now all over the internet.

A Twitter user wrote that the prank could seriously injure the skull and spine and result in death. 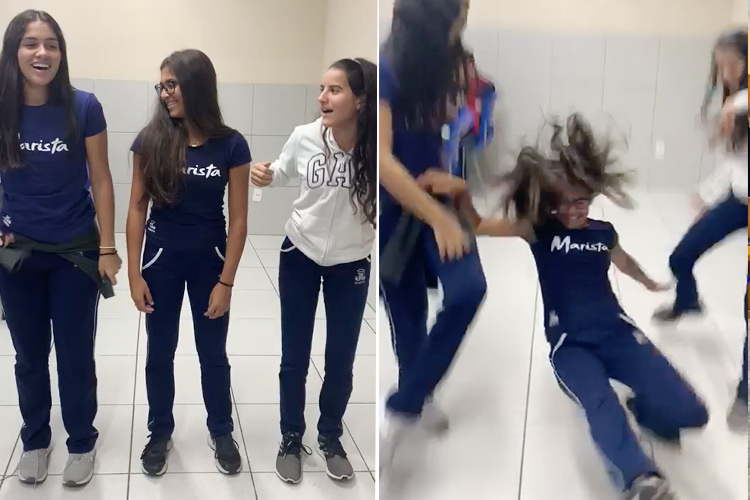 A group of girls take part in the 'Skull breaker' challenge.

Another user claimed that the video joke has killed two kids, a claim that could not be independently verified. 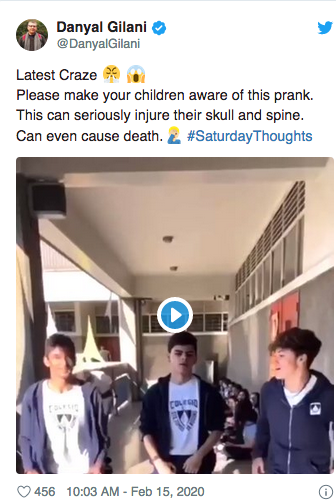 From time to time contests or challenges emerge which gain widespread currency on social media and catch the fancy of youth, who do not realise the dangerous effects it can have. 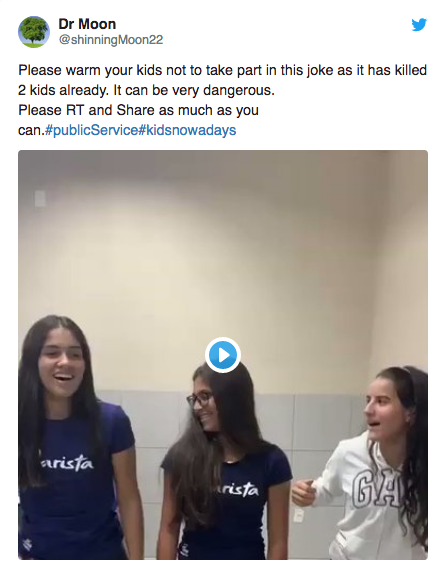 For instance, there is Gallon Smashing, which became an Internet sensation a few years ago. Gallon smashing involves obtaining bottles of liquid in a supermarket (usually cow's milk or water) and then throwing them against the floor and spilling their contents in such a way that the act is seen to be accidental rather than deliberate.

Or take the Eraser Challenge, where one rubs an eraser on the bare skin as hard as he can while reciting the English alphabet. It can cause horrible burns and scars.