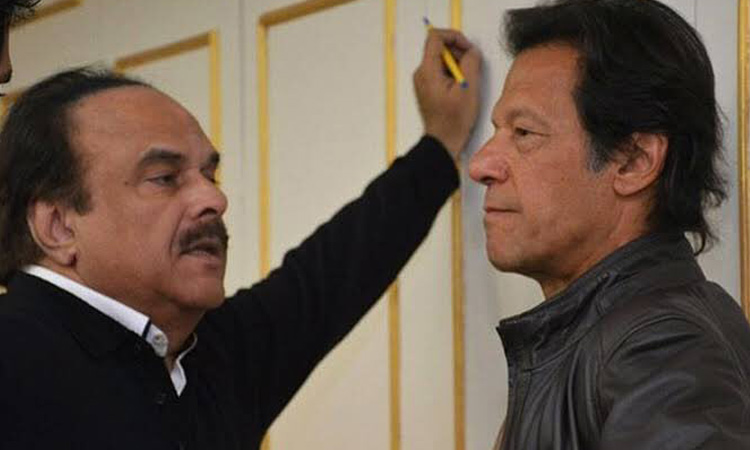 Imran Khan listens to Naeem-ul Haq during a party meeting in Islamabad. File


Special Assistant to the Prime Minister, Naeem-ul Haq, passed away in Karachi on Saturday, losing his long battle with cancer at the age of 70.

His family confirmed his death.

Prime Minister Imran Khan reacted to news of his friend and colleague's death, saying that it had left him “devastated.”

"He was one of the 10 founding members of PTI & by far the most loyal. In 23 yrs of PTI's trials & tribulations, he stood by me. He was always there for support whenever we were at our lowest ebb.

"In the last two years I saw him battle cancer with courage and optimism. Till the very end he was involved in Party affairs and attended cabinet meetings as long as he was able. His passing has left an irreplaceable void," Imran tweeted.

Naeem-ul Haq was the former central information secretary and one of the founding members of the PTI. He was also the former president of PTI's Sindh chapter. 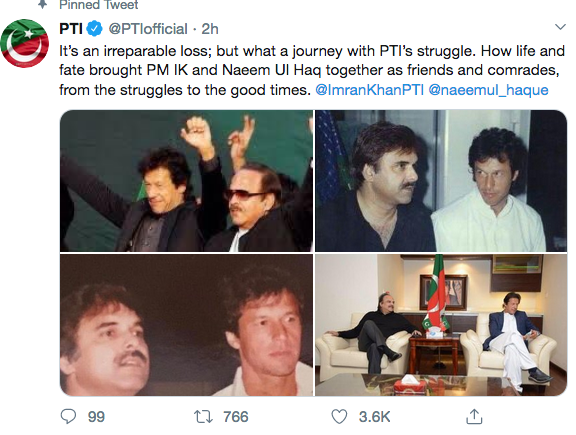 When the PTI came into power in 2018, he was appointed the Prime Minister's Special Assistant on Political Affairs.

Haq's funeral prayers will be offered after Asr prayers on Sunday in Karachi's DHA, according to a statement issued by PTI Karachi.

A tweet by the PTI's official Twitter account called Haq "a dedicated Pakistani, a loyal friend and a kind human being." It said the entire PTI family is aggrieved upon his demise.