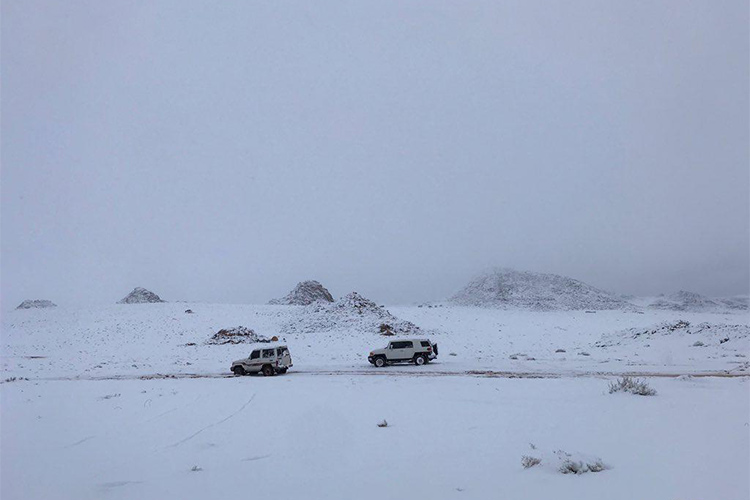 In the past two days, temperature in the Northern part of Saudi Arabia has dropped below zero.

According to meteorologists, this is the coldest the country has experienced since 2016.

The temperature in Tarif, a place on the border of Jordan has gone down to minus 5˚C said the weather services.

In Hail further southeast, it decreased to minus three and on the border of Iraq in Arar, it is minus 2˚C.

The streets of Riyadh were empty on Tuesday and Wednesday nights as the temperature dipped close to zero.

In neighbouring Iraq, where summers are also scorching, Baghdad residents woke up on Tuesday to find the city carpeted in white from only its second snowfall in a century.

The last recorded snowfall in the city was in 2008.