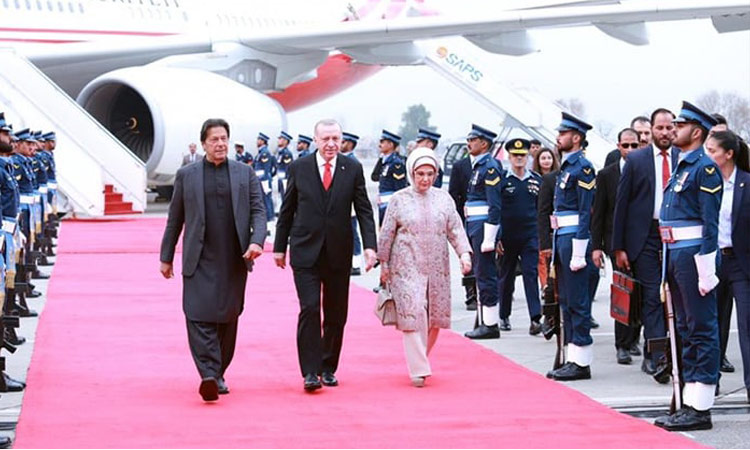 Imran Khan walks alongside Recep Tayyip Erdogan and his wife at Nur Khan Airbase in Islamabad on Thursday.

Prime Minister Imran Khan welcomed the Turkish president and his wife Emine Erdoğan as they disembarked from the airplane at the Nur Khan Airbase. 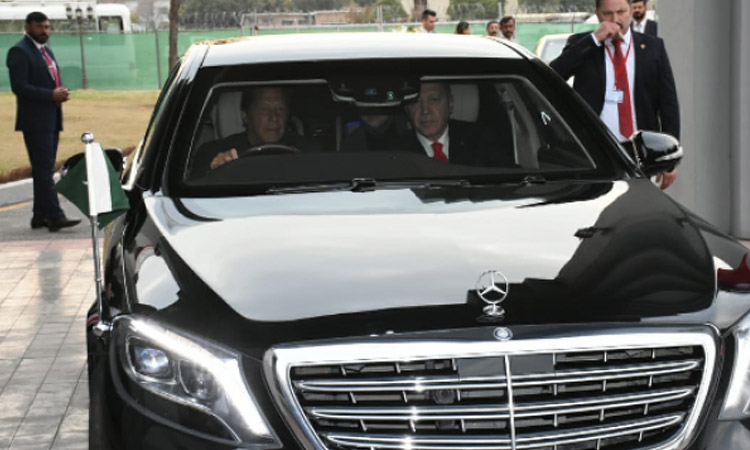 In what has now become a tradition for special foreign guests, Imran personally drove President Erdogan and the Turkish first lady from the airport to Prime Minister House. 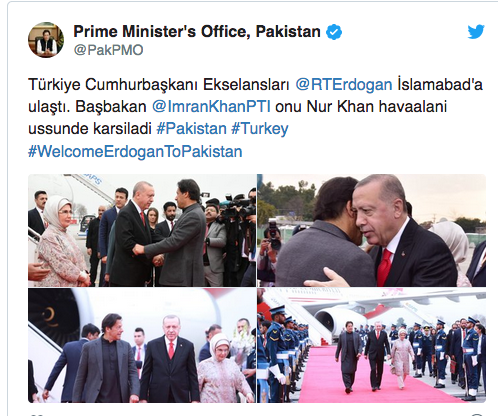 A guard of honour was presented to the Turkish president by smartly turned-out personnel of the armed forces. Senior cabinet members and government officials welcomed the president at Prime Minister House.

Posters welcoming the Turkish president were put up in the capital ahead of his arrival with strict security in place. 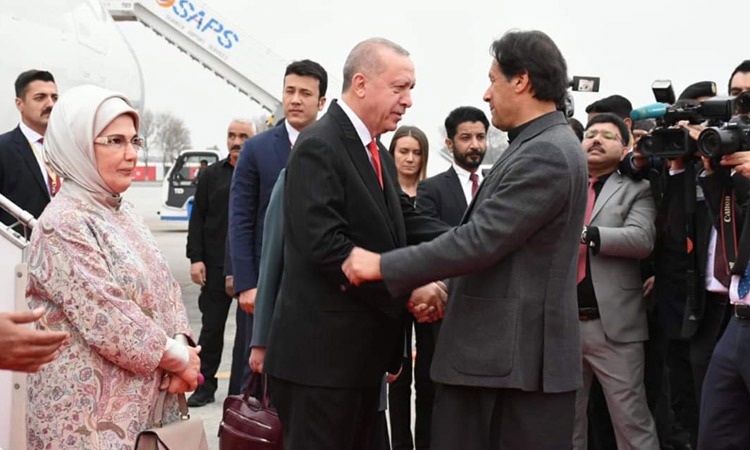 The Foreign Office had announced that the Turkish president would visit Pakistan from Feb.13 to 14 for underscoring “traditional solidarity and affinity” between the two countries and further “deepening and broadening of the flourishing Pakistan-Turkey strategic partnership.”

A statement, issued by the Foreign Office on Wednesday said that during the visit, Prime Minister Imran Khan and Erdogan will have one-on-one discussion, after which they will co-chair the 6th Session of the Pakistan-Turkey High Level Strategic Cooperation Council (HLSCC) in the joint cabinet format. 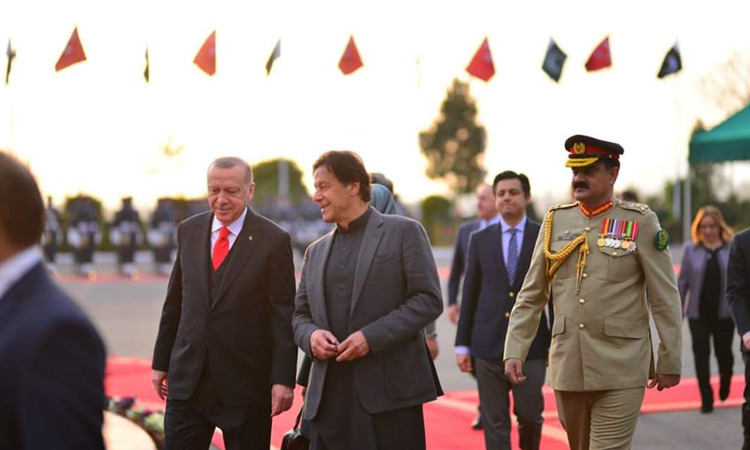 At the conclusion of the session, a Joint Declaration will be signed. A number of important agreements and memorandum of understandings (MoUs) are expected to be concluded.

Erdogan will also separately meet President Arif Alvi and the former will also address a joint session of parliament on Friday.

This will be the fourth time that Erdogan addresses the Pakistani parliament, a Dawn news report said.

The Turkish president was scheduled to pay an official visit to Pakistan on Oct.23, 2019.

But the visit, however, was postponed after Turkey's involvement with a military offensive against Kurdish militants in Syria that raised tensions with Washington and other Western nations.

Erodgan last visited Pakistan in 2016 when he had addressed Parliament.