In just 18 hours, Ajman Police revealed the circumstances behind the killing of an Asian in Ajman, according to Lt. Col. Ahmed Saeed Al Nuaimi, Director of Ajman CID.

Al Nuaimi said that at 10.30 on Sunday, a phone call was received alerting a murder in the Liwara 1 area, near the Eid prayer hall.

The police rushed to the scene to find the body of an Asian who had been stabbed several times. They informed the Public Prosecution accordingly.

Al Nuaimi added investigations and questioning some of those who were there at the crime scene brought to light that the victim was accompanied by three others in a restaurant.

Suddenly, one of them assaulted the victim with a white weapon, stabbing him several times, and escaped after that in a taxi with the other two.

A CID team identified the taxi and monitored it: it was heading to Sharjah Airport and then to the Emirate of Dubai.

The police identified the suspect, an Asian, and they also found the white weapon used in the crime, which the suspect hid in the taxi.

The other two persons who were accompanying the murderer were also identified and arrested.

Al Nuaimi added: “The next day, in coordination with the Dubai Police, the perpetrator was arrested in the Bur Dubai area, just 18 hours after the crime took place. On being questioned, he confessed to killing the victim over financial differences.”

The necessary legal measures were taken and the case was transferred to the Public Prosecution.

A jilted watchman butchered his lover and stabbed a colleague he thought she was in a relationship with, said a senior officer from Ajman Police on Wednesday. 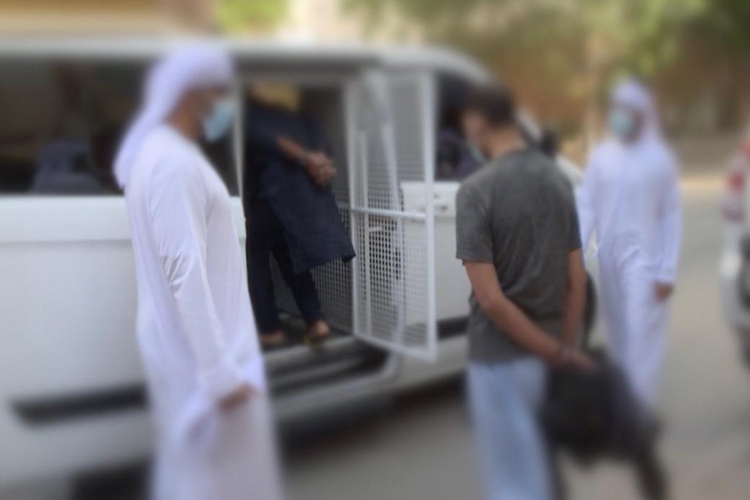