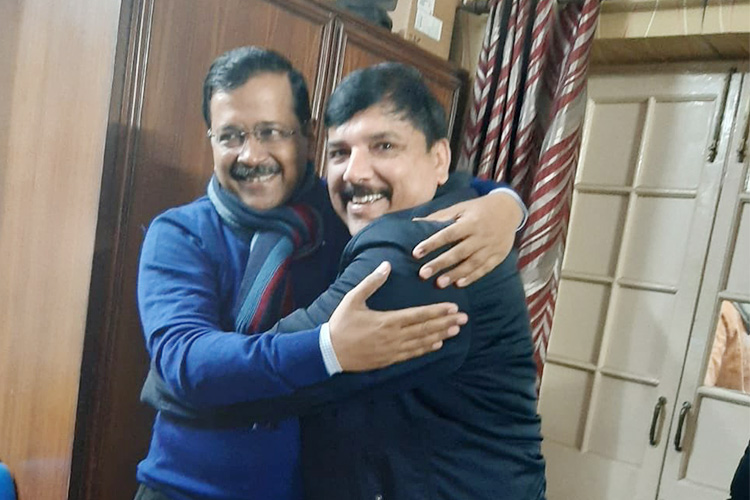 With its looming defeat in Delhi, the BJP-led NDA has now lost power in six states in the last two years. The BJP, which had won just three seats in Delhi last time, was expecting a much better performance this time.

Okhla, Seelampur and Old Delhi area saw violence during the protests against the Citizenship Amendment Act. But contrary to expectations, the Muslim minorities voted in favour of the AAP.

Congress leader from Okhla, Parvez Alam Khan made the point clear that "the prime focus was to defeat the BJP and we could not project ourselves to defeat them so the voter chose AAP."

Delhi state BJP chief Manoj Tiwari had hoped to win 48 seats to enable the party to return to power in Delhi afer over two decades. However, these estimates proved to be incorrect. 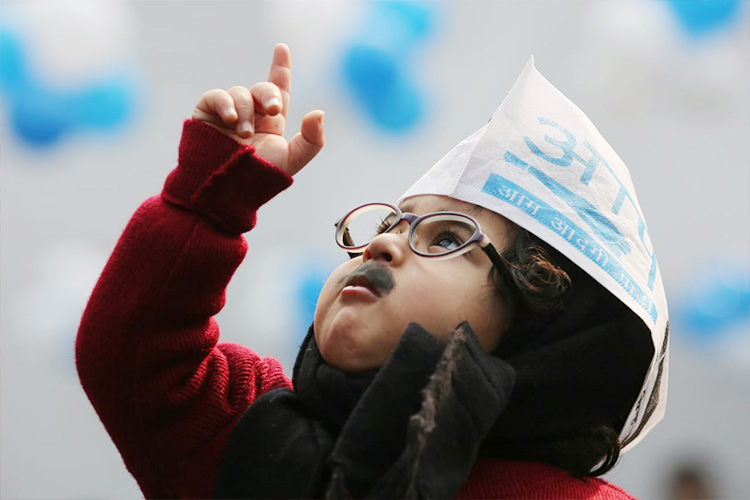 A child dressed as Delhi Chief Minister Arvind Kejriwal gestures in Delhi on the day of results for the assembly polls.

The Congress is in power in Maharashtra, Rajasthan, Madhya Pradesh, Chhattisgarh, Punjab, and Puducherry either on its own or as part of an alliance. After forming the government in Jharkhand after the December election, the Congress has governments in seven states now.

In Delhi, the Aam Aadmi Party has won for the third time in a row. Trinamool Congress rules West Bengal, CPM-led coalition in Kerala, YSR Congress in Andhra Pradesh, BJD in Odisha and TRS in Telangana. In Tamil Nadu, where the BJP fought the Lok Sabha election with the AIADMK, it does not have a single MLA. Therefore, it is not a partner in power.

The NDA was in a much better position in December, 2017 when the BJP and its allies ruled 19 states. A year later, the BJP lost power to the Congress in Madhya Pradesh, Rajasthan and Chhattisgarh.

In Andhra Pradesh, where the BJP-TDP alliance was in government, the TDP broke the alliance with the BJP in March 2018 while YSR Congress formed the government there in 2019 polls.

In Maharashtra, the Shiv Sena quit the NDA after the state election and formed the government with the Congress and NCP.

Now Delhi has once again turned out to be a disappointment for the BJP. 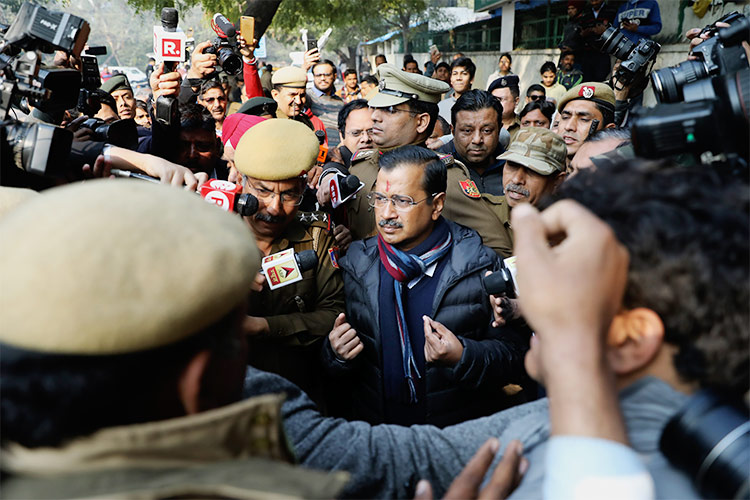 Voting was peaceful despite a vicious campaign in Delhi and exit polls predicted that the Aam Aadmi Party (AAP) led by Arvind Kejriwal will retain power, though with a reduced majority.