A 37-year-old Asian maid was referred by the Dubai Public Prosecution to the Criminal Court for stealing Dhs10,525 from her employer.

The retired 54-year-old victim testified that the defendant was in the habit of stealing and had stolen small amounts previously also but he overlooked it, considering it as charity (sadaqa) for her.

Eventually, the patience of the kindhearted victim wore out and he decided to take legal action against the defendant.

Details of the incident date back to last December, when the victim kept an envelope containing Dhs6,850 inside a vault in his bedroom.

When the victim decided to use that money, he found the envelope empty.

After discovering the first theft, the victim immediately rushed to check his $1000 (Dhs3,650 approximately) that he previously hid inside the vault, but did not find that also.

It was then that he suspected the maid.

During police interrogation the defendant confessed to her crime and returned around Dhs4,000, claiming that she had sent the rest of the stolen money to her family in her home country.

Accordingly, the defendant was detained and referred to the Criminal Court.

Man assaulted, robbed of Dhs2,300 after offering change of Dhs200

The victim testified that the two suspects stopped him and asked for a change of Dhs200. Once the victim took out his wallet, one of the suspects suddenly punched him in the face, snatched his wallet and ran away.

According to the case papers, the company where the suspect worked as a computer programmer informed the authorities that he stole electronic devices from the main control room. 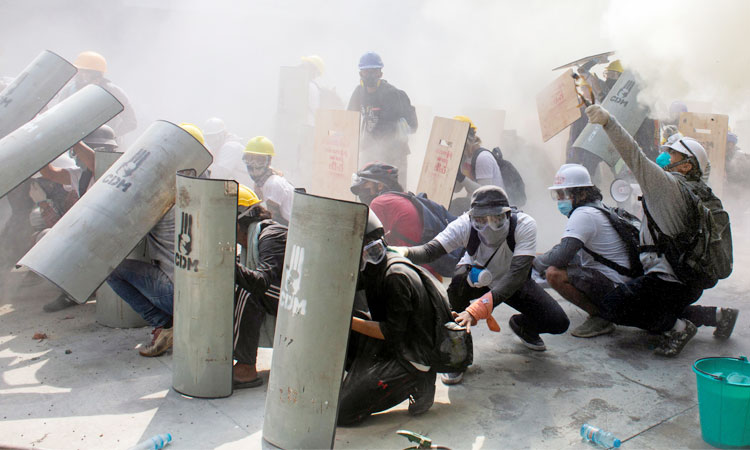 Myanmar has been in chaos since the army seized power and detained elected leader Suu Kyi and much of her National League for Democracy (NLD) party leadership on Feb.1, alleging fraud in a November election her party won in a landslide.