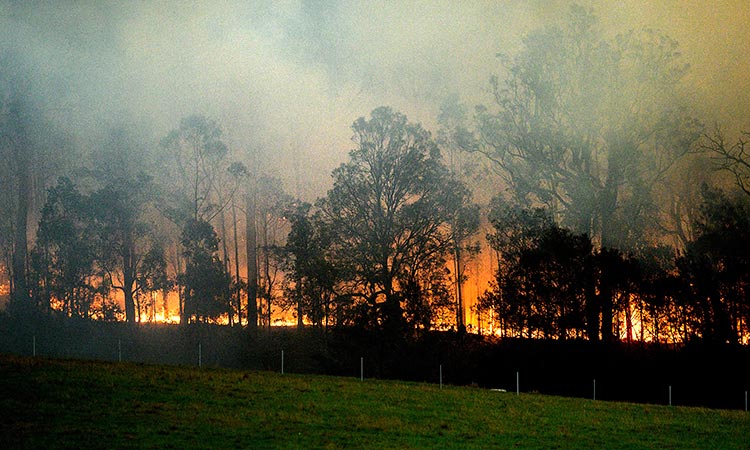 Australia was bracing for a heatwave to sweep across the country's fire-ravaged southeast in the coming days, with the forecast stoking fears the soaring temperatures could inflame bushfires.

The heatwave is then expected to hit Melbourne and Canberra on Friday before parts of Sydney reach 45 degrees Celsius on the weekend. 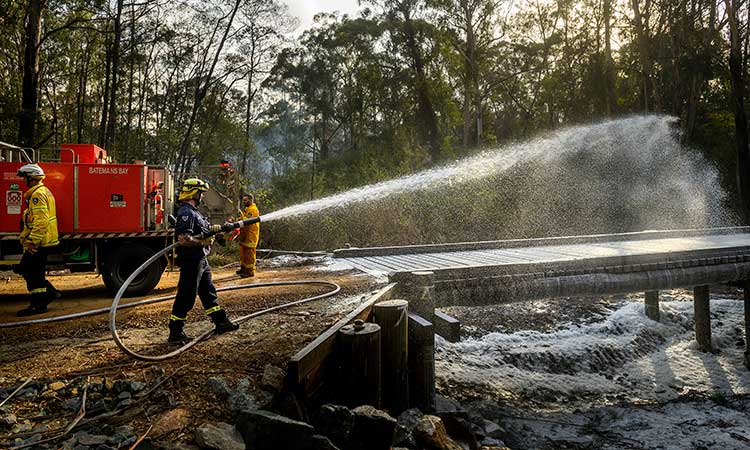 A firefighter coats a bridge with foam as a bushfire burns near Moruya, New South Wales, Australia. File photo/AP

Authorities say the searing heat, accompanied by dry winds, would bring severe bushfire conditions to parts of New South Wales and Victoria -- where more than 80 fires are still burning across the two states.

"We've had the benefit of some suppressed, benign conditions over the last few days. However, as we've heard, it's going to be hot and dry," Victoria Emergency Services Commissioner Andrew Crisp said, urging residents to be prepared for bushfires to flare.

"If you're gonna wait until you see the smoke or the fire at your doorstep, it's far too late. You've gotta get out early," he said.

Storms are forecast to follow the heatwave, bringing rain that could help dampen fires but also the potential for wild weather, including flash flooding. 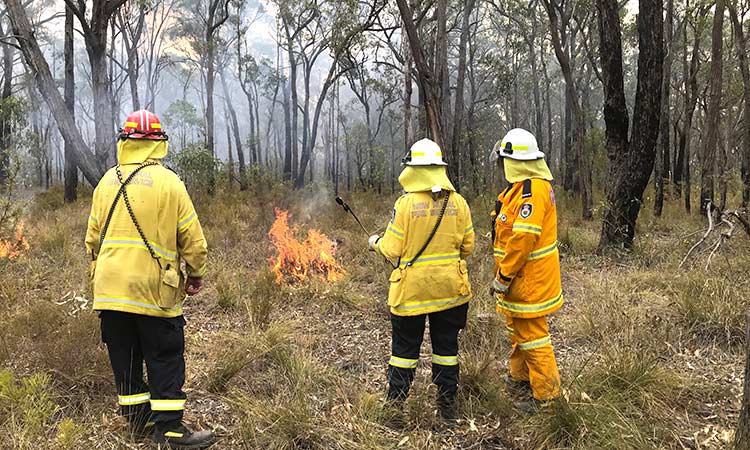 The renewed fire threat came as worst-hit New South Wales announced an inquiry into the catastrophic bushfire season, which has left at least 32 people dead and devastated vast swathes of the country since September.

"The scale of these fires has been unprecedented and we must leave no stone unturned," Premier Gladys Berejiklian said.

"This inquiry will allow NSW to learn from this season and the catastrophic conditions we've faced, and apply these learnings for the future."

That comes on top of a Royal Commission inquiry announced by Prime Minister Scott Morrison earlier in January.

The months-long crisis has sparked renewed calls for Australia's conservative government to take immediate action on climate change, with street protests urging Morrison to reduce the country's reliance on coal.

Scientists say the bushfire disaster was exacerbated by climate change, coming on the back of a crippling drought that turned forests into a tinderbox and allowed blazes to spread out of control quickly.

While the prime minister belatedly acknowledged the link between the bushfire disaster and a warming planet, he has said his government would focus on climate adaption and building resilience instead of measures to cut emissions.