'Now they can chase their dreams:' Bangladesh allows Rohingya children to study - GulfToday 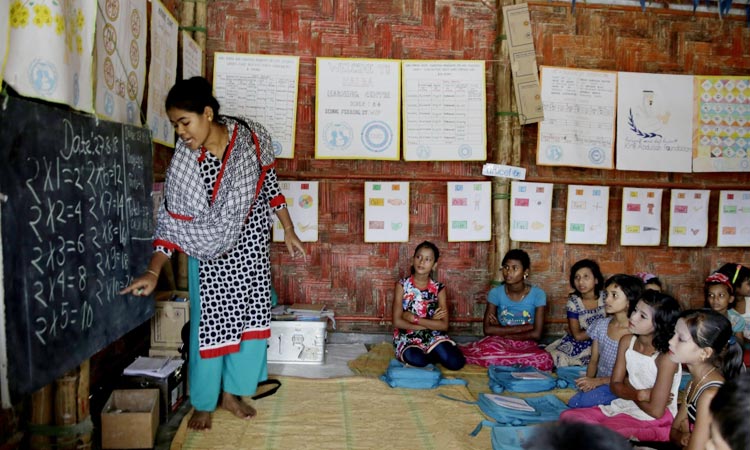 Rohingya refugees reacted with surprise and joy on Wednesday to the news that Bangladesh would provide formal education to their children, two and a half years after they were forced to flee Myanmar.

"Oh my God! Bangladesh is letting us be educated!" Mohammed Zobayer, 19, said by phone when Reuters told him about the decision, taken this week but not formally announced.

Officials say the move will provide schooling to the age of 14 and training thereafter in place of informal learning for only younger children. 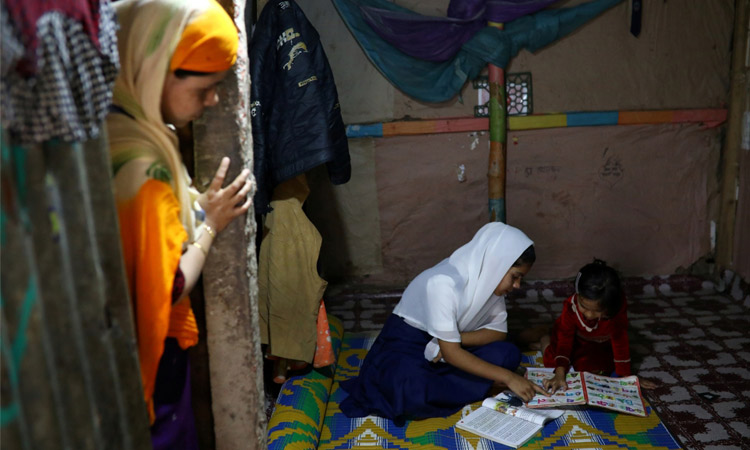 Yasmin, a girl who was expelled from Leda High School for being a Rohingya, helps her younger sister to study in Teknaf camp. File / Reuters

"I'm so excited. This is so good. I can't express my happiness," Zobayer said.

More than 730,000 Rohingya fled Myanmar after a military-led crackdown in 2017, and were forced into squalid camps across the border in Bangladesh. UN investigators concluded that the military campaign had been executed with "genocidal intent."

Bangladesh has not recognised the vast majority of the refugees and does not issue birth certificates for those born in the camps, making their legal status unclear.

Last year it expelled scores of them from local schools, saying they were using fake Bangladeshi identity cards.

Mahbub Alam Talukder, Bangladesh's refugee relief and repatriation commissioner, told Reuters Rohingya children would be taught in existing learning centres and some more schools would be built, with teachers recruited through NGOs. "They will follow the Myanmar national curriculum," he said.

Learning centres are operated in the camps by international NGOs and the UN, but children and their parents say they offer mostly unstructured learning and playtime for those who attend.

"Many have already lost two academic years," Zobayer, who works as a teacher in one of the learning centres, said. "Now they can chase their dreams. It is like having a new life."

Dil Mohammed, a senior Rohingya leader, said the community was grateful to Bangladesh.

"The country saved our lives by opening its doors for us. Now, by providing education, they have saved our children from becoming a lost generation,” he said, adding that Myanmar had barred Rohingya children from mainstream schools in 2012.

The Hague-based International Court of Justice ordered Myanmar on Thursday to protect the Rohingya against further atrocities and preserve evidence of alleged crimes, after west African nation the Gambia launched a lawsuit in November accusing the country of genocide.