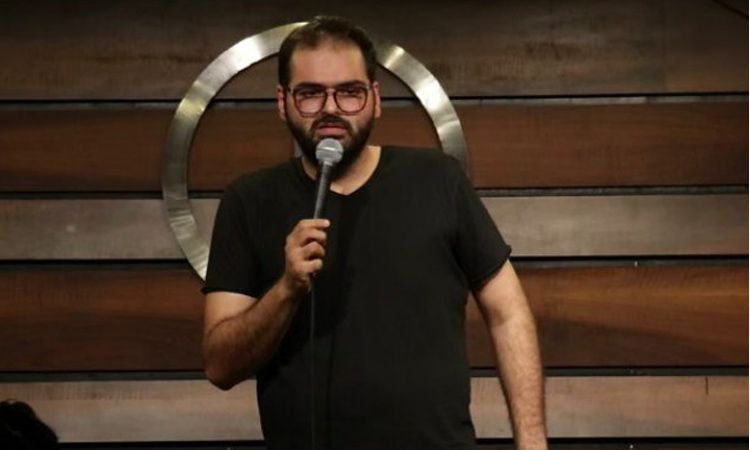 Four Indian airlines have banned a top stand-up comic over a midair confrontation with a star political television presenter that has become an Internet sensation.

Kunal Kamra was banned for six months by Indigo — the airline carrying him during the incident — while Air India, GoAir and Spice Jet barred the outspoken comic "until further notice." 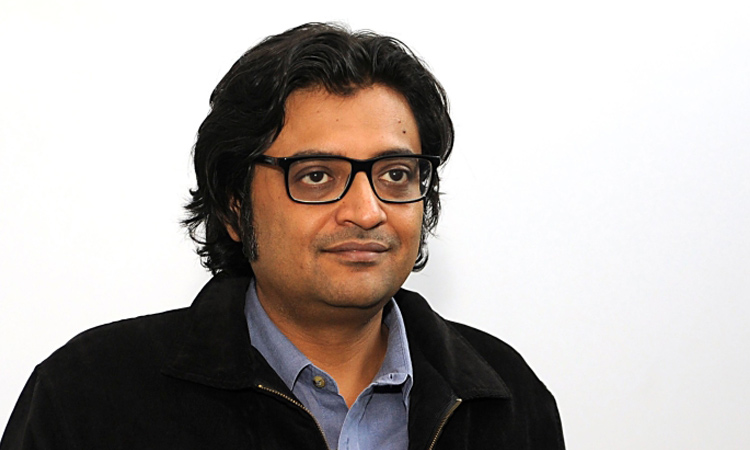 Kamra said that when he saw Arnab Goswami on the Mumbai-Lucknow flight, he "politely asked" to have a conversation but the presenter "pretended to be on a phone call."

In a video that Kamra posted on social media, Kamra is seen posing questions and then asks whether Goswami was "a coward or a nationalist" — a phrase often used by Goswami on his shows.

The comedian ends the showdown by referring to Rohith Vemula, a low-caste Dalit scholar whose 2016 suicide sparked protests across India. In the video, Kamra accuses Goswami of harassing Vemula's mother.

Kamra is an outspoken critic of the rightwing government of Prime Minister Narendra Modi.

Modi's Bhartiya Janata Party regularly criticises him and aviation minister Hardeep Singh Puri went on to Twitter to call for airlines to impose restrictions on Kamra. The bans followed soon after.

Kamra said on Twitter that he saw Goswami again on his return flight on Thursday morning. He did not say which carrier he took but added that Goswami again declined an "honest discussion."

Kamra said in a statement he did not regret the rant and apologised "to every passenger except one." He denied being disruptive.

"At no point did I endanger the safety of any passenger on board, the only damage I caused was to the inflated ego of the 'journalist' Arnab Goswami," Kamra said.

Goswami, the conservative founder of the Republic television channel, is a controversial figure in Indian media.

He attacks Indian opposition parties on his prime time show and has often advocated going to war with Pakistan over divided Kashmir.

After being banned temporarily by several airlines, Kunal Kamra is taking sarcastic jibes at the situation on social media. 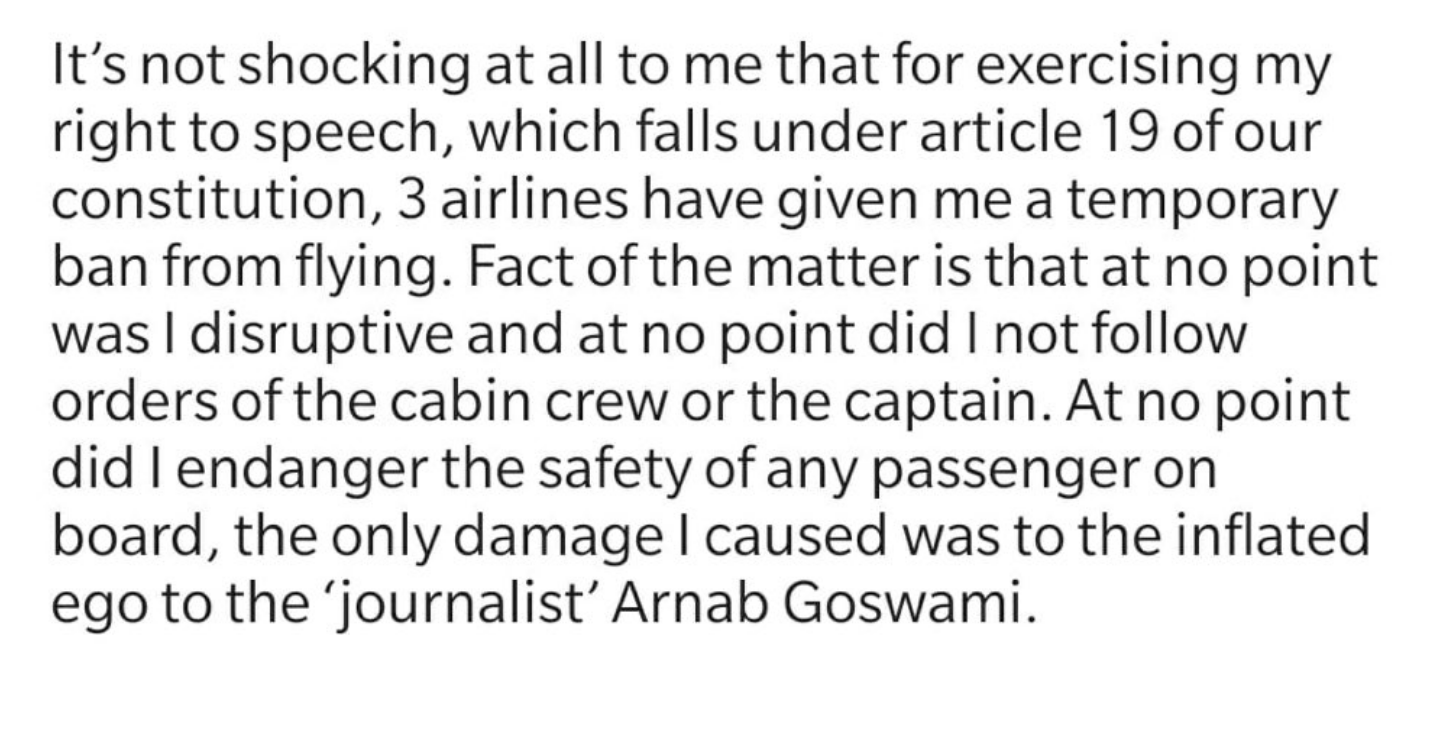 In a separate tweet, he wrote: "FYI - Arnab Goswami was in my flight again this morning while returning from lucknow... I again asked him politely if he wants to have a honest discussion he with his verbal arrogant hand jester he asked me to move away & I did that..."

The comedian shared a video on Twitter where he can be heard asking his co-passenger Arnab Goswami: "Viewers today want to know if Arnab is a coward or a nationalist. Arnab, this is for national interest. I am part of the tukde-tukde narrative. You should deflate me. You should take the enemy of the states down. You should make sure that the country is in safe hands of Narendra Modi. You should fight against dynasts like Rahul Gandhi, who I support, on 10 Tughlaq Lane. Arnab, you should have a reply, Arnab. Arnab, are you a coward or are you a journalist? Are you a coward or are you a journalist or a nationalist? Who are you, Arnab?"

However, Arnab Goswami chose to remain quiet and did not answer back.