VIDEO: Gas discovered in Sharjah for the first time in 37 years - GulfToday 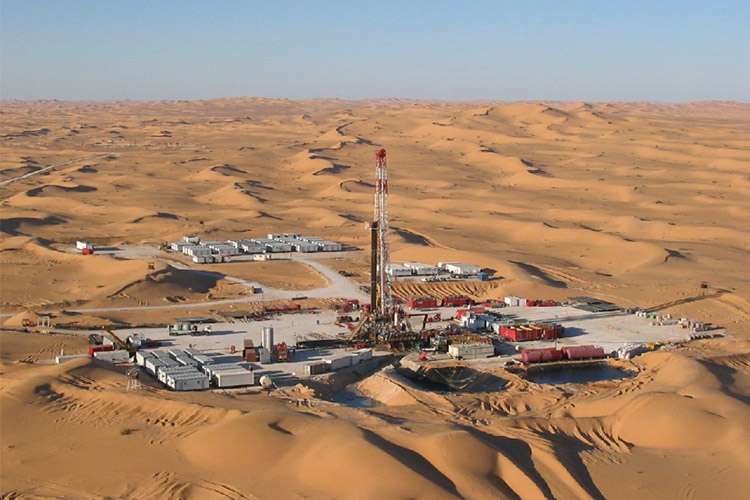 An aerial view of the 'Mahani' field in Sharjah.

The Sharjah National Oil Corporation and its Italian partner ENI, have announced a successful new discovery of natural gas and condensate onshore at the Mahani field in Sharjah.

The discovery at Mahani-1 exploration well, with flow rates of up to 50 million standard cubic feet per day, comes within the first year of the partnership and represents the first onshore discovery of gas in the Emirate since the early 1980’s.

Mahani-1 well was drilled at a total depth of 14,597 feet, which resulted in the discovery of gas with the associated capacitors in the formation of the Thumama. The size of the discovery will be estimated in time in light of expectations for further evaluation and development.

The Mahani-1 exploration well, located in the Area B Concession, is the first exploration well drilled by SNOC following the acquisition of a new 3D seismic survey covering the territory, the national energy company said in a statement.

SNOC, which is the operator of Area B, and ENI both hold a 50% stake in the discovery as part of a Concession Agreement that was signed in early 2019. The two companies are also partners in the Concession Areas A and C, also located onshore Sharjah. 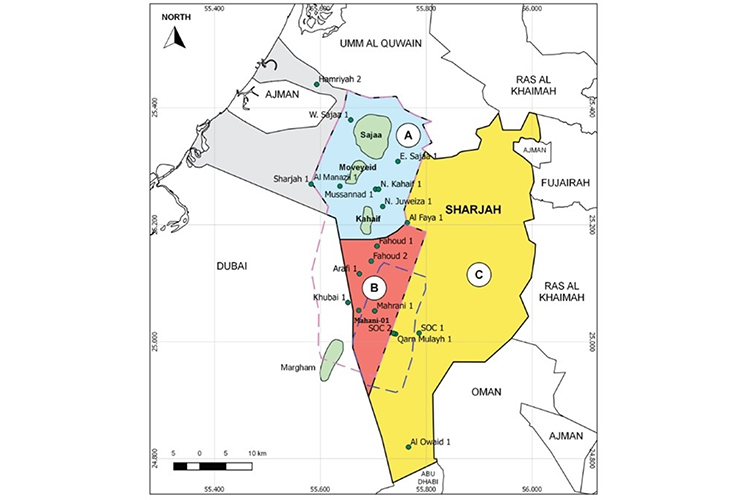 Sheikh Ahmed Al Qasimi said that the discovery supports Sharjah's development process and will work to bring about major transformation in the industrial and commercial fields in the Emirate, by providing it with energy resources and attracting top global companies and institutions to invest in various sectors of Sharjah. 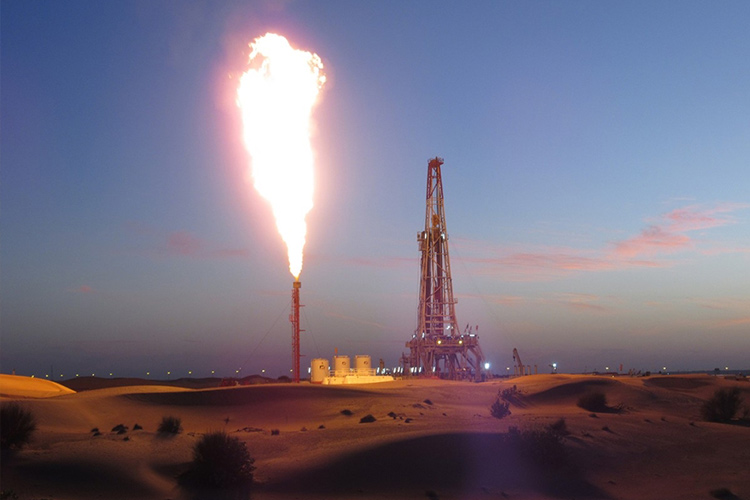 A gas installation is pictured in the Mahani field in Sharjah.

Speaking on the occasion, Sheikh Sultan, President of SNOC, congratulated the people of the Emirate on the exciting new discovery, which will reflect positively on the economic sector in Sharjah and the goals of sustainable development, energy security, decent livelihoods and the wellbeing of people, as envisioned by the Sharjah Ruler.

He pointed out that the new gas field constitutes an important addition to support the Emirate’s economy, which is classified as strong and stable, and would enhance its economic competitiveness. He expressed confidence that this would help attract more industrial investments to Sharjah and generate greater revenue resources, contributing to the Emirate’s stability and financial sustainability.

The Chairman of SNOC stressed that Sharjah enjoys a number of unique advantages that make it one of the vibrant global economic centres for its financial dynamism, high GDP and its economic diversity, in addition to low public sector debt and fiscal deficit.

For his part, Sheikh Khalid Bin Abdullah Bin Sultan Al Qasimi, Chairman of the Department of Seaports and Customs, Sharjah, underscored the strategic importance of the gas field discovery and its role in bolstering the economic status of Sharjah in line with the vision of the Ruler of Sharjah.

Sheikh Khalid Bin Abdullah Bin Sultan Al Qasimi said that the discovery marks a major achievement for the Emirate and would help reinvigorate all sectors by generating more industrial and commercial projects. "Since energy is one of the key drivers of development, the Mahani discovery would significantly augment the economic capabilities and industrial output of the Emirate and support its financial resources in a way that achieves more of the prosperity that the Emirate has witnessed for decades," emphasised the senior Sharjah official. 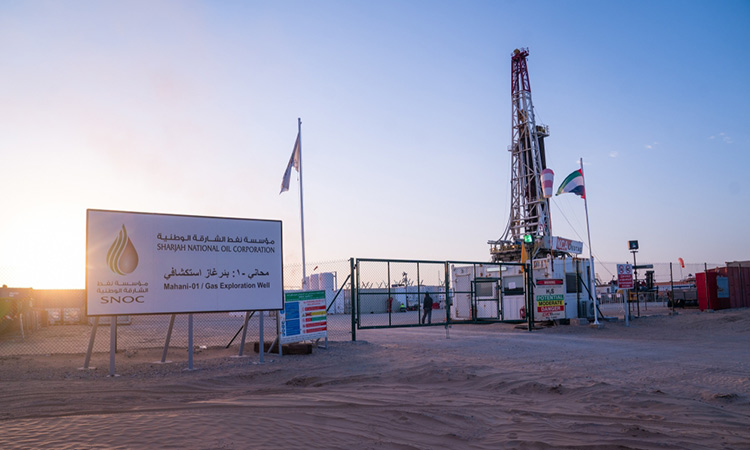 An entrance leading to the Mahani field in Sharjah.

Hatem Al Mosa, CEO of SNOC, added, "I am delighted that the first exploration well to be drilled in Sharjah by SNOC, and our partner ENI, is a gas discovery. This is the first onshore discovery in Sharjah in 37 years and marks the beginning of an exciting time for SNOC and for Sharjah’s energy sector."

Al Mosa pointed out that SNOC was established in 2010 by an Emiri Decree by the Ruler of Sharjah, and is tasked with exploration, production, engineering, construction, operation and maintenance of the Emirate’s energy assets. SNOC owns and operates over 50 wells distributed in three fields, a gas processing complex and 2 hydrocarbon liquid storage and export terminals. Its Sajaa complex is the hub of gas pipelines connecting all northern Emirates.

The Mahani-1 exploration well was drilled to a total measured depth of 14,597 ft. and has encountered gas with associated condensate within the Thamama Formation, the primary target for the well. The well has tested gas at flow rates of up to 50 MMSCF/D (million standard cubic feet per day), together with associated liquids. The size of the discovery will be further evaluated in due course with additional appraisal and development drilling expected.

A number of officials, specialists and experts stressed the importance of discovering a new gas field in Sharjah, which significantly enhances the Emirate's economic resources and supports the economic development and goals of the Emirate under the leadership of the Ruler of Sharjah.

Sharjah remains one of the safest global economic destinations and the Mahani gas discovery is poised to boost its strategic position as a reliable supplier of gas and key industrial and investment hub in the Arabian Gulf region, offering a world of opportunities.