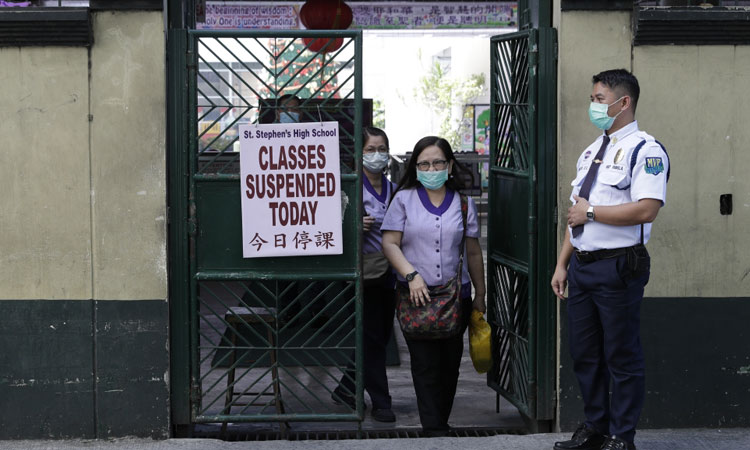 Teachers wear face masks at a Filipino-Chinese school that suspended classes in Manila on Monday. AFP

Several Filipino-Chinese schools in Metro Manila reported on Monday the indefinite suspension of their classes as a precautionary measure against its spread even as a top government official reiterated the country still has no confirmed cases of the novel coronavirus.

School officials explained they aimed mainly to gather information on the possible travel abroad especially to China by their students, teachers and staff during the celebration of the Chinese New Year.

The schools included Hope Christian Academy, Pace Academy, St. Jude Catholic School, Stephen's High School, Uno High School and Chiang Kai-Shek College where the tendency of parents, students and teachers was to go abroad like China and Hong Kong, according to the officials.

This developed as Health Secretary Francisco Duque revealed that the Philippines still has no confirmed case of the virus that killled at least 80 people and affected more than 2,700 others in Wuhan City in China's central Hubei province, described as the epicenter of the disease that has already spread in much of the world.

But Duque also admitted that that at least 13 people — all of them foreigners — are under investigation after they have shown symptoms of the pneumonia-like disease.

Those under investigation, consisted of one person from Central Visayas and nine from Western Visayas in Central Philippines and three from the National Capital Region, more popularly known as Metro Manila, Duque said.

They are known as persons under investigation (PUI), meaning they have a "history of travel to Wuhan City," Duque told a media conference at Malacanang Palace.

Also at the Palace, Salvador Panelo, the presidential spokesman, said the overseas Filipino workers (OFWs), numbering about 150 in Wuhan, were told  to cooperate with local authorities as he pointed out: "They should comply with the precautions adivsed by local authorities so they won't get sick."

But Panelo said the government has no plans to repatriate the OFWs from Wuhan "at least for now," adding that it was hard to convince them to to leave because they just could not abandon their work and livelihood.

At the same time, the Bureau of Quarantine and the Manila International Airport Authority (MIAA) ordered all local and foreign carriers with international routes to disinfect their planes to prevent the spread of the coronavirus and other deadly diseases.

Ed Monreal, the MIAA head, warned that they would undertake the spraying and a fee would be charged to airline operators who would fail to do so.
According to Monreal, hand sanitisers have also  been installed at the immigration counters, customs area and toilets at the arrival lobbies of the four terminals at the Ninoy Aquino International Airport (NAIA) in Metro Manila for use by incoming passengers and airport personnel to help prevent the spread of the virus. 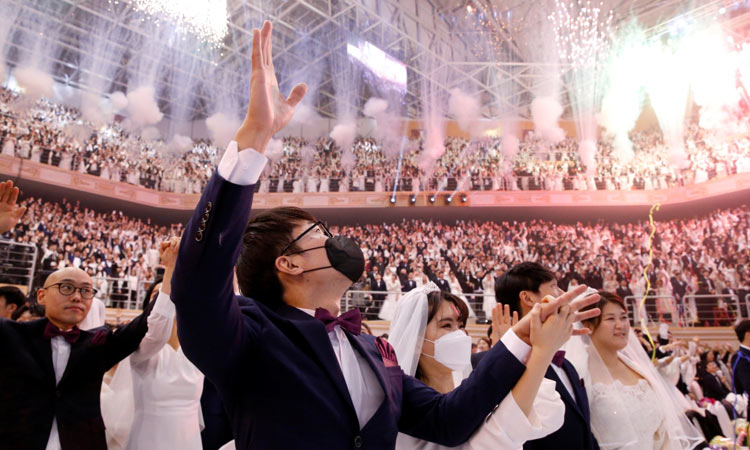 Thousands of couples — some in facemasks — tied the knot in a mass Unification Church wedding on Friday, despite concerns in South Korea over the spread of the coronavirus outbreak.