UAE ready to join China in its anti-coronavirus fight - GulfToday 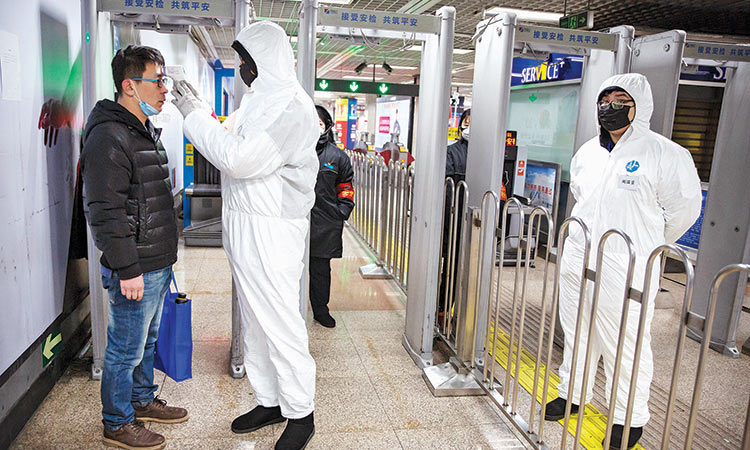 A worker checks the temperature of a passenger at a subway station in Beijing on Sunday. Associated Press

His Highness Sheikh Mohamed Bin Zayed Al Nahyan, Crown Prince of Abu Dhabi and Deputy Supreme Commander of the UAE Armed Forces, has affirmed solidarity with the Chinese government in its struggle to stop the spread of Coronavirus.

He said the UAE is fully ready to provide all forms of support to China and collaborate with the international community to fight off the virus.

Sheikh Mohamed tweeted: “We are attentively following up the Chinese government’s efforts to contain the spread of coronavirus and are confident of friendly China’s capability to overcome the crisis. As part of its humanitarian approach, the UAE is ready to offer all forms of support to China and collaborate with the international community to curb the spread of this virus.”

Earlier during the day, Minister for Health Abdul Rahman Bin Mohammed Al Owais has stressed that no case of coronavirus infection was found in the UAE and that all necessary precautions have been taken to protect the country from the disease.

The minister made the statement during a meeting of the National Emergency, Crisis and Disaster Management team, which he chaired.

The Abu Dhabi Public Health Centre denied a rumour that a patient in Abu Dhabi was diagnosed with the Novel Coronavirus and added that the case pertains to a previous type of Coronavirus, which is not dangerous and that the patient is currently being treated.

The centre called upon the public to only pay attention to accurate information from the government health authorities and to avoid recirculating any information related to the disease, which could lead to negative effects.

Also on Sunday, China expanded drastic travel restrictions to contain an epidemic that has killed 56 people and infected nearly 2,000, as the US, France and Japan prepared to evacuate their citizens from a quarantined city at the outbreak’s epicentre.

The mayor of Wuhan, the epicentre of the outbreak, said he expected another 1,000 new patients in the city, which was stepping up construction of special hospitals.

Pope Francis praised China’s “great commitment” to contain the coronavirus outbreak on Sunday and said he was praying for the dead, the sick, and families of victims.

“I would like also to be close to and pray for the people who are sick because of the virus that has spread through China,” Francis told tens of thousands of people in St. Peter’s Square for his weekly message and blessing.

The UAE has raised the level of alertness in the country in order to deal with any development proactively and effectively at the border crossings, following a close assessment of the domestic and external situation, as well as in the wake of the preventive steps taken by China.

Al Owais has emphasised the need to ascertain news reports about the disease from reliable and official sources and avoid giving heed to rumours.

He also stressed on the need for disseminating the guidelines to the public in order for them to follow them for their own protection. The guidelines will be disseminated through official social media channels and the national media with a view to ensure the safety and wellbeing of all the UAE nationals and residents.

Pakistan’s National Institute of Health (NIH) has clarified that there were no confirmed cases of coronavirus in the country, but four Chinese nationals have been hospitalised in Multan and Lahore for showing symptoms of the disease.

Hong Kong authorities on Sunday barred residents of China’s Hubei province, the centre of the coronavirus outbreak, from entering the city, in response to mounting pressure to enact preventative measures to contain the spreading epidemic.

The ban includes those who have been in the province in the past 14 days but excludes Hong Kong citizens.

In Hong Kong, Disneyland announced it had closed as a precaution. Shanghai’s Disneyland park had already closed on Saturday.

Women’s Olympic football qualifiers and a Fed Cup tennis event have been shifted out of China due to growing concerns over the deadly coronavirus while an indoor athletics event was scrapped, officials said.

The football tournament had already been moved from Wuhan, the epicentre of the outbreak, to Nanjing in Jiangsu province, but will now be held in Sydney, the Asian Football Confederation said. 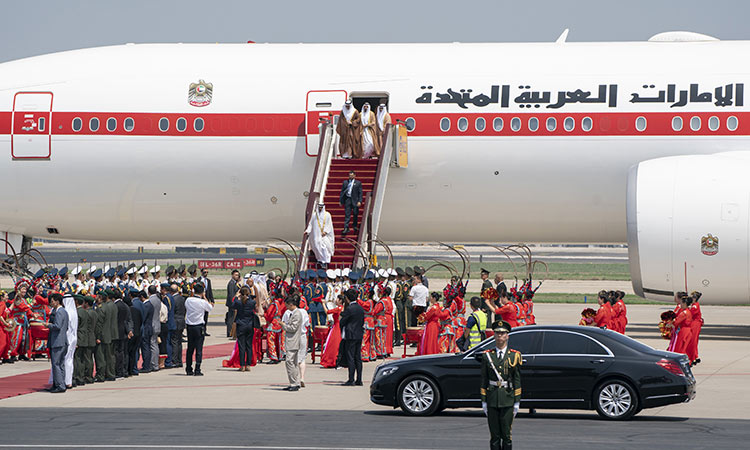