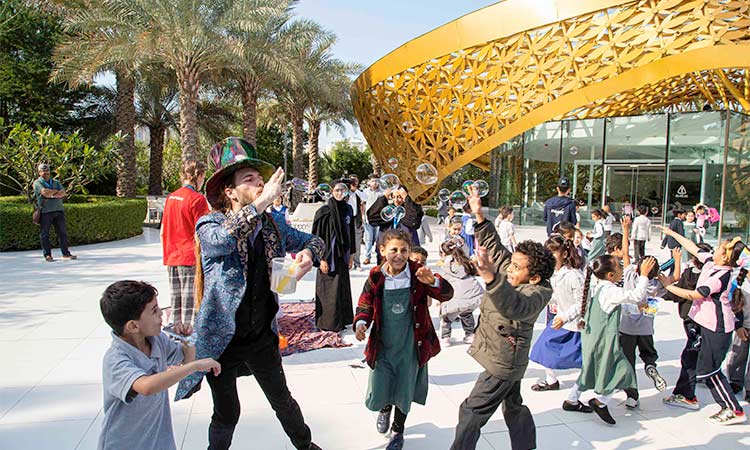 How will children react if the magician welcomes them on stage with the quip: “If the trick doesn’t work, one of the children will disappear!” Contrary to expectations, the eight- to 10-year-old children from the International School of Creative Sciences and Al Qurain School in Sharjah react with mock horror.

“Parents can sometimes be over-protective,” laughs Paul Nathan, who is from San Francisco and has been staging the popular, award-winning I Hate Children Children’s Show for over a decade at Fringe festivals around the world. He was at the Al Majaz Waterfront, performing for Sharjah school-goers as part of the Sharjah Fringe festival. There’s still a chance to catch the show, as it will go on until tomorrow (Sunday, January 26) at 1pm.

Though he bills himself ‘the meanest man in the world’, Nathan is more like your favourite gruff uncle who cuffs you affectionately while slipping a candy into your hand. Yes, there are a lot of candies for the children who participate in Nathan’s shows, which is part magic and part clowning. With more than a dose of discipline.

The first rule is nobody pleads to go onstage first. Children have to wait for their turn patiently. Any child who aggressively insists on appealing will have to cool their heels while their companions get to go before them. “I set the rules right from the beginning,” says Paul firmly, setting an example for parents who tend to give their children too much leeway too often.

The children from the two Sharjah schools learned fast when they realised Paul was serious about his rules. They also realise that Paul keeps his word when he says every child in the audience will get a chance to go onstage and help with his magic tricks. And of course, the candies that follow.

Nathan has the children doing his bidding in no time. The kids are the stars of this show, and Nathan makes sure every child has the opportunity to be part of a magic trick. These are traditional sleight-of-hand illusions involving ribbons that remarkably reattach after being cut, disappearing hankies and colouring books that colour by themselves. Accompanied by atmospheric music by guitarist Danny from Scotland.

Said Ibrahim, a sales manager from Sharjah who was there with his two little girls, Shama and Mariam, says he is glad they came to the show. “This is the first time my Shama has participated in anything on stage!” he says.

However, there is a takeaway for adults as well — how to discipline children. One of the teachers says in relief: “I certainly learned something there!” And yes, there are candies for the teachers too!

Further away, at the scenic Al Noor Island, children from various schools in Sharjah were shouting and jumping, trying to catch the bubbles that Maxwell the Bubbleologist is spewing all over the place. The laughter and screams of delight reverberate across the island as Maxwell blows bubbles of different sizes and shapes, bubbles with bubbles and even smoke-filled bubbles!

Even regular visitors to the island stop by fascinated by the wonderful sight of the bubbles and children enjoying themselves. The show runs every day until January 29 at 10am and 8pm.

An atmosphere of fun, frolic and wonderment prevails at the festival. A variety of mime, juggling, acrobatics, dance and comedy shows and theatre acts, among many others, are available across all the venues, which also include roaming street acts.

Sharjah Fringe Festival runs until 1 February at Al Majaz Waterfront, Al Qasba, Al Noor Island and The Flag Island. It is presented by Sharjah Investment and Development Authority (Shurooq) in strategic partnership with the Sharjah Commerce and Tourism Development Authority.

Tickets are priced from Dhs35 – 50 and can be purchased online at www.sharjahfringe.com or from box offices in Al Majaz Waterfront and Al Qasba.

Sharjah Fringe Festival is the first-ever Fringe festival in the UAE and the Middle East, joining a global list of Fringes that are considered among the largest arts and entertainment events globally. Sharjah Fringe is a platform that brings the best of family and children’s theatre and entertainment - which includes dance, music, mime, magic, puppetry, circus acts and other forms of interactive entertainment - from around the world to the emirate. 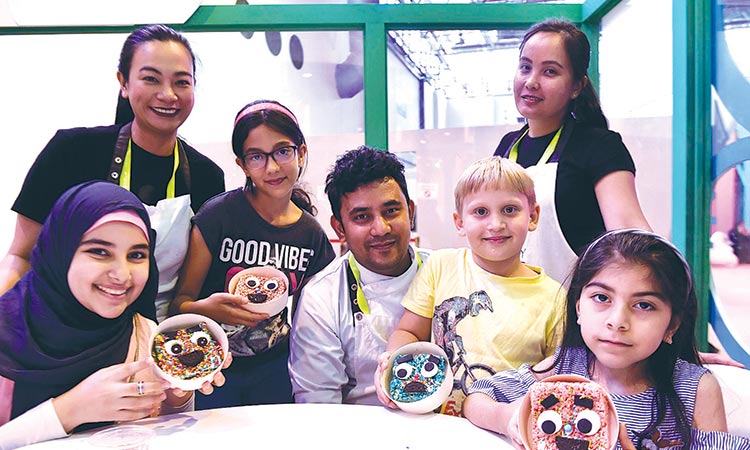 Rice crispies are often one of those favourite snack foods that make childhood memorable. Although, it sometimes cuts the roof of your mouth, but to many it is delicious. Making this cereal killer sweet, even more attractive, was a Sharjah Children’s Reading Festival (SCRF) workshop dedicated to decorating the sweet demon. 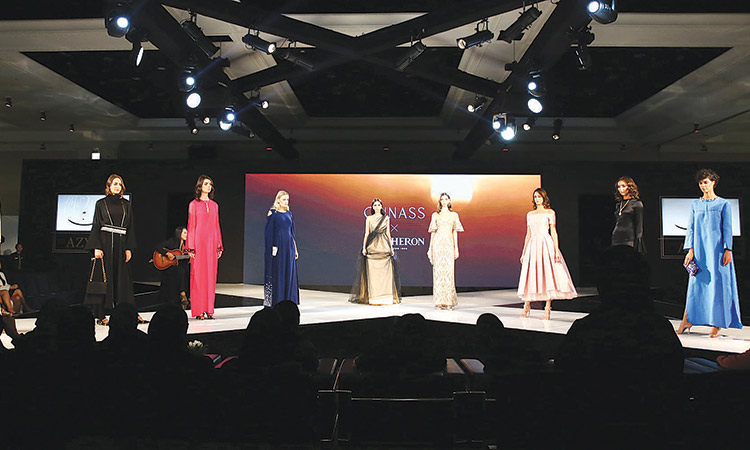