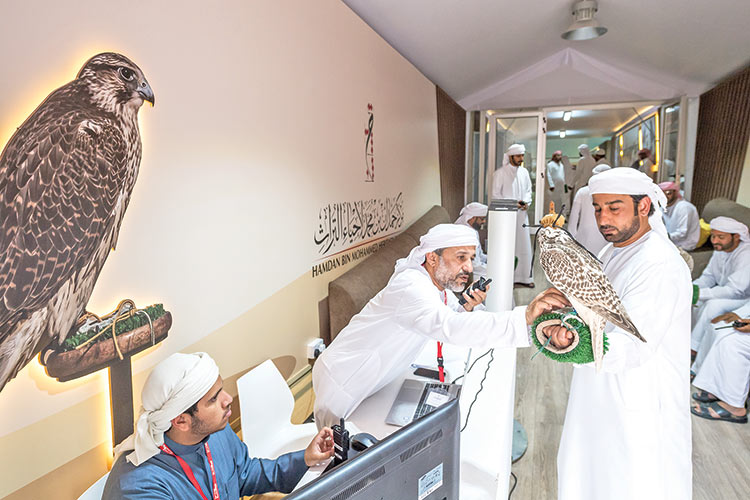 Falconers are ‘activating’ their birds.

DUBAI: The future of Emirati heritage sport is bright as falconers, as young as five years old, proved their mettle at the Fazza Championship for Falconry – Juniors Category, organised by Hamdan Bin Mohammed Heritage Centre (HHC) over the weekend at Al Ruwayyah desert area.

Eight races were held and at least 220 birds saw action as the youngsters proudly carried the falcons on their arms before releasing them for the competition. The annual competition for junior falconers also capped off the Fazza Championship for Falconry-Telwah, which registered a record participation of over 3,500 birds during its three-week run.

Rashid bin Markhan, Deputy CEO of the HHC, said: “The Junior competition is the event that I always look forward to every year. We are assured that the future of falconry in the country is bright. We see a new generation of Emiratis and we witness how they grow up into future falconers.”

“Yes, they are kids – you see them play here and there; they run around the area – but once the falconry racing starts, you see them transform into serious falconers,” he shared.

“They (young falconers) are focused and serious about the falconry competition. They carefully listen to instructions and they carry the falcons on their own and they enter the race area with little adult supervision,” bin Markhan added.

More importantly, Bin Markhan pointed out, is that the competition is helping the young build their character and deep love for the UAE heritage.  Eleven-year-old Abdullah Abdul-Rahman said raising a falcon is not an easy task. “The bird needs special care, food and proper treatment,” he said.

“I learned falconry from my father since I was three years old. Today I have 10 birds and I will buy more to participate in the next season,” he added.

One of the youngest participants, five-year-old Saeed said he his older brother, Suhail, 7, train their birds together.  Their uncle Mohammed Al Kindi said: “The two of them train together on weekends and even on holidays.” 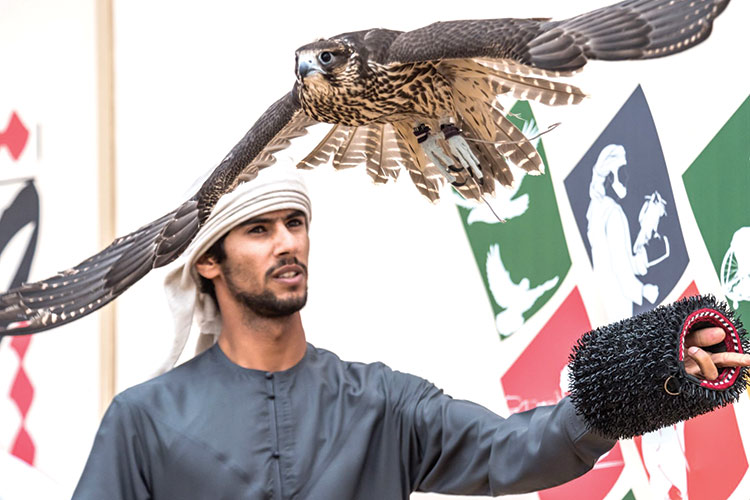 Individual Emirati falconers have demonstrated their skills in breeding champion falcons in the General Public category of the ongoing Fazza Championship for Falconry-Telwah. The competitions have witnessed the mixed participation across the GCC falconers and teams from the Sheikhs categories.