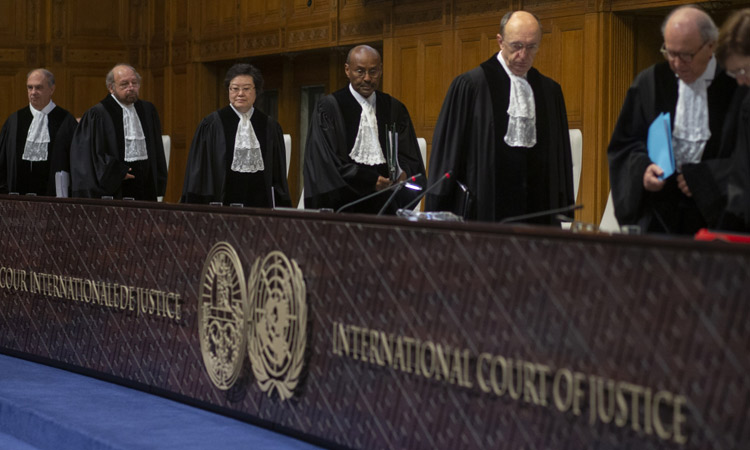 Presiding judge Abdulqawi Ahmed Yusuf (C) and other judges take their seats at the International Court in The Hague on Thursday. AP

The International Court of Justice (ICJ) on Thursday ordered Myanmar to take urgent measures to protect its Muslim Rohingya population from persecution and atrocities, and preserve evidence of alleged crimes against them. 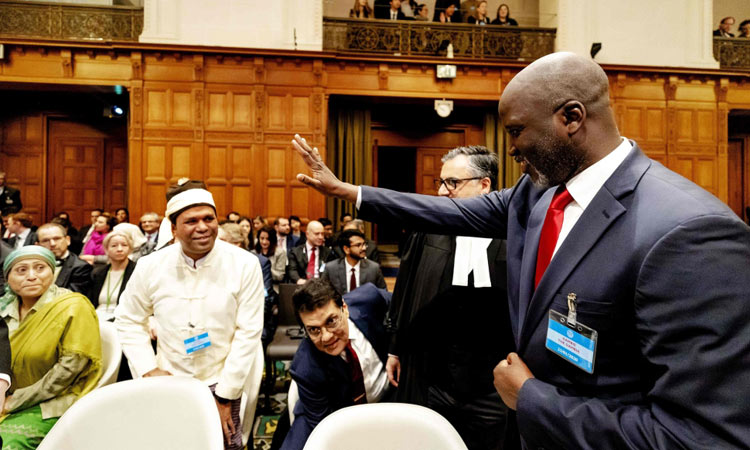 Abubacarr Tambadou, Minister of Justice of The Gambia waves to a representative of the Rohingya community prior to the ruling of the ICJ in The Hague. AFP

Thursday's ruling dealt only with Gambia's request for so-called preliminary measures, the equivalent of a restraining order for states. While the court's final decision could take years to reach, the 17 judge panel made clear in a unanimous ruling that the court believes the Rohingya are in danger now, and steps must be taken to protect them.

The Rohingya remain "at serious risk of genocide," presiding Judge Abdulqawi Yusuf said, reading a summary the decision. Myanmar shall "take all measures within its power to prevent all acts" prohibited under the 1948 Genocide Convention, the ruling said. Myanmar must report back within four months.

It ordered the government of Myanmar to exercise influence over its military and other armed groups to prevent "killing members of the group, causing serious bodily or mental harm to the members of the group, deliberately inflicting on the group conditions of life intended to bring about its physical destruction in whole or in part."

More than 730,000 Rohingya fled Myanmar after a military-led crackdown in 2017, and were forced into squalid camps across the border in Bangladesh. UN investigators concluded that the military campaign had been executed with "genocidal intent.”

The World Court's rulings are final and without appeal, although it has no real way of enforcing them.

"The court is of the opinion that the Rohingya in Myanmar remain extremely vulnerable," said Yusuf, the presiding judge.

"Moreover, the court is of the opinion that the steps which claimed to have taken to facilitate the return of Rohingya refugees present in Bangladesh, to promote ethnic reconciliation, peace and stability in Rakhine State, and to make its military accountable for violations of international humanitarian and human rights law, do not appear sufficient." 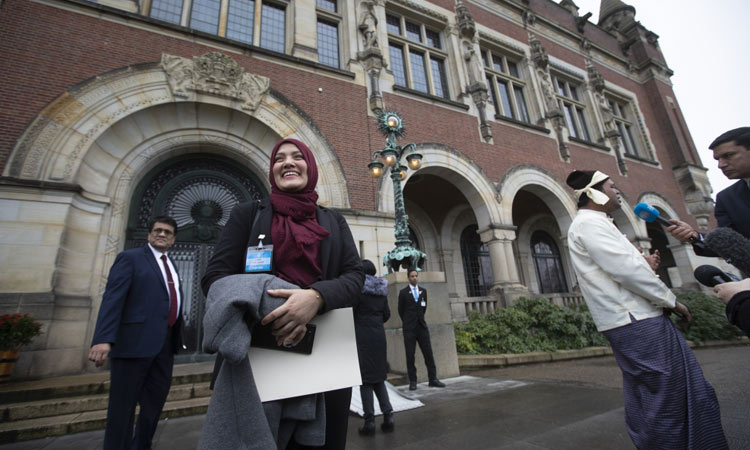 Tun Khin, President of the Burmese Rohingya Organisation UK (R) and Yasmin Ullah of the Rohingya community (L) react outside the ICJ. AP

More than 100 Myanmar civil society groups published a statement saying they hoped international justice efforts would "bring forth the truth" and end impunity.

"Political and military policies have always been imposed with violent force and intimidation upon the people of Myanmar, systematically and institutionally, on the basis of their political and religious beliefs and ethnic identities and continue until the present," the statement said.

"We understand very clearly that the ICJ case against Myanmar is directed towards those responsible for using political power and military might, and not to the people of Myanmar."