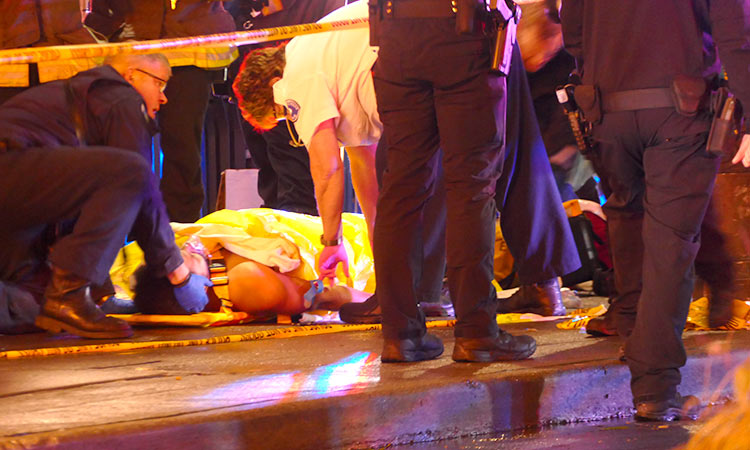 Officers attend to one of several shooting victims in Seattle on Wednesday. David Silver/AP

At least one person was killed and seven others, including a child, were wounded on Wednesday after gunfire broke out in downtown Seattle near a popular tourist area, police and hospital officials said.

Police said at least one suspect was being sought in connection with the mass shooting that took place near a McDonald's fast food restaurant, just blocks away from the Pike Place Market. 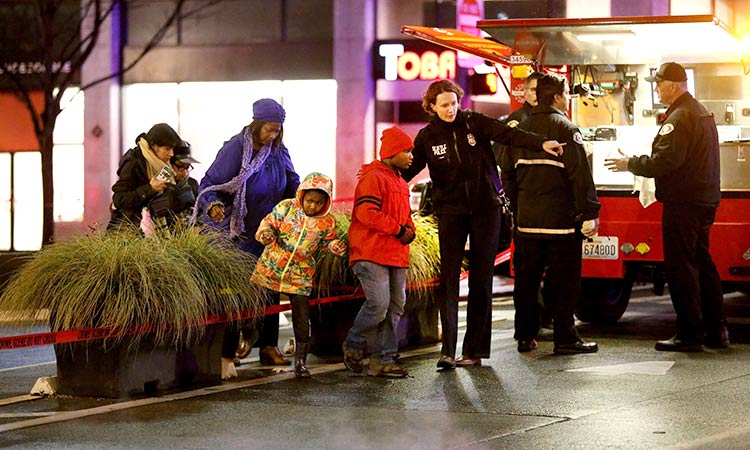 People are escorted by police away from the scene of a shooting in the business district of Seattle. Karen Ducey/AFP

"Officers investigating shooting near 4th and Pine," the Seattle Police Department said in a tweet. "Multiple victims. The suspect has fled, and police are searching for him. Officers and medics are providing first aid to the injured."

Police chief Carmen Best told reporters at the scene that one person, a woman, had been killed and several others were wounded in the shooting that occurred shortly after 5:00 pm (0100 GMT).

Officials at Harborview Medical Center, where all the wounded were transported, said seven people were being treated at the hospital, including a nine-year-old boy. 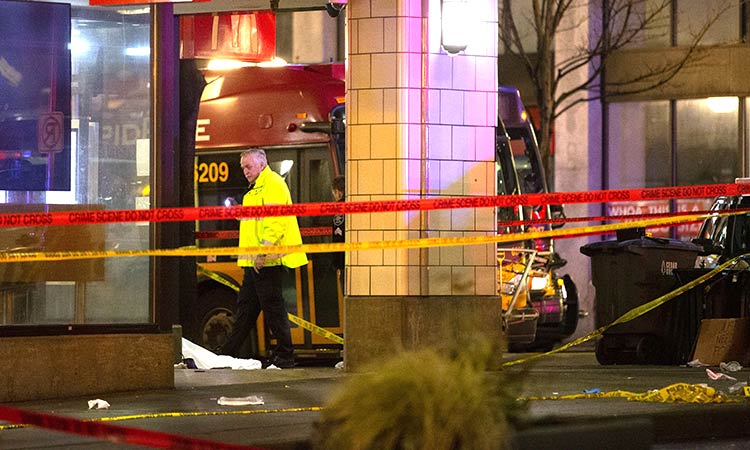 Police walk past the scene of a shooting at 3rd Avenue and Pine Streeton in the central business district of Seattle. AFP

Police ordered people to stay out of the area and shut down a subway station as they searched for one or more suspects.

Tyler Parsons, an employee at Victrola Coffee Roasters, told The Seattle Times that he was working when he suddenly saw victims falling to the ground as shots rang out.

He said several people ran into his shop to seek cover and he saw two people with gunshot wounds. 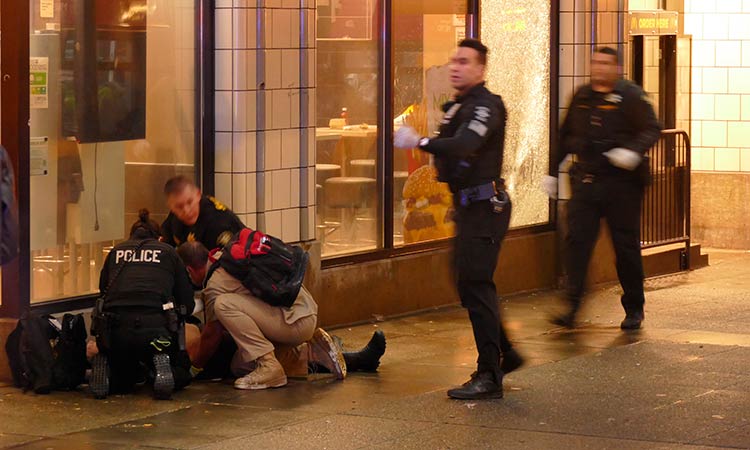 Officers attend to one of several shooting victims in Seattle on Wednesday. David Silver/AP

"The shooting was just kind of terrifying. Terrifying it's so close," he told the paper.

One body covered with a white tarp could be seen in TV images lying on the sidewalk in front of the McDonald's two hours after the shooting.

It was unclear if any of the victims were tourists.

Susan Gregg, a spokesperson for Harborview Medical Center, said a 55-year-old woman shot in the abdomen was rushed into surgery and the boy, who was shot in the leg, was in serious condition. The other victims -- five males -- are in satisfactory condition, she said. 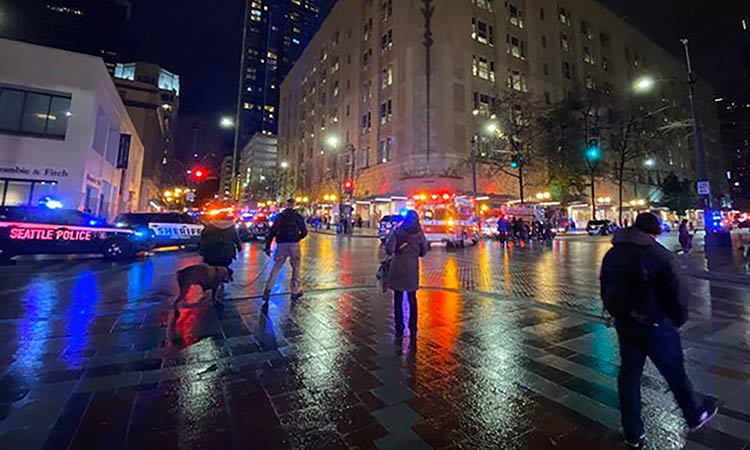 This photo shows the area of a deadly shooting in downtown Seattle on Wednesday. Suzanne Asprea/AP

Gregg added that the nature of the injuries varied from grazing wounds to life-threatening injuries.

One witness interviewed by local media said he had seen two men arguing loudly before they started shooting at one another, hitting bystanders.

Around 40,000 people died from various firearms-related incidents, including suicides and homicides, in 2017 in the US, according to government figures.