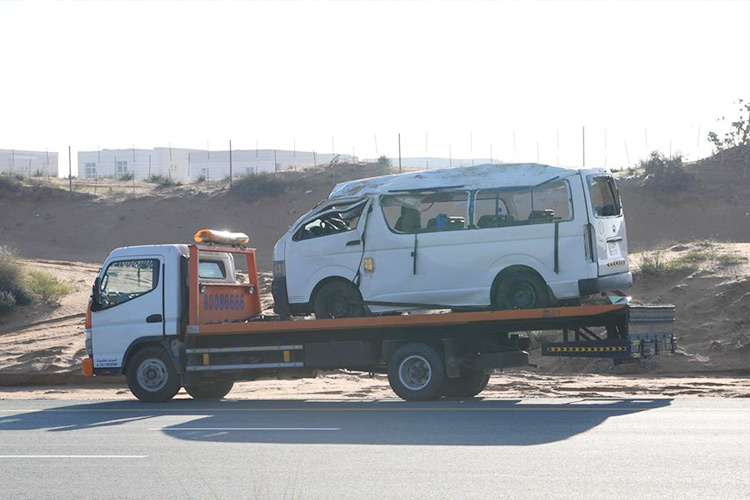 The damaged minibus is taken away from the site of the crash.

A fatal bus accident took place on Sheikh Mohamed Bin Zayed Road, causing the death of one person and injury to 10 others.

The tragic accident occurred near Exit 119, on Wednesday morning, when a bus full of workers crashed and flipped over.

Police patrols and National Ambulance rushed to the scene and handled the ongoing traffic. The deceased worker was transferred to the morgue, while the injured were rushed to the hospital to receive necessary medical assistance.

Two of the workers were severely injured, and six others suffered minor injuries.

Witnesses at the crash site revealed there were 12 police patrols and nine ambulances.

Police officials are investigating the cause of the accident, and urging motorists to stay attentive and follow speed limits to avoid recurrence of such tragic incidents. 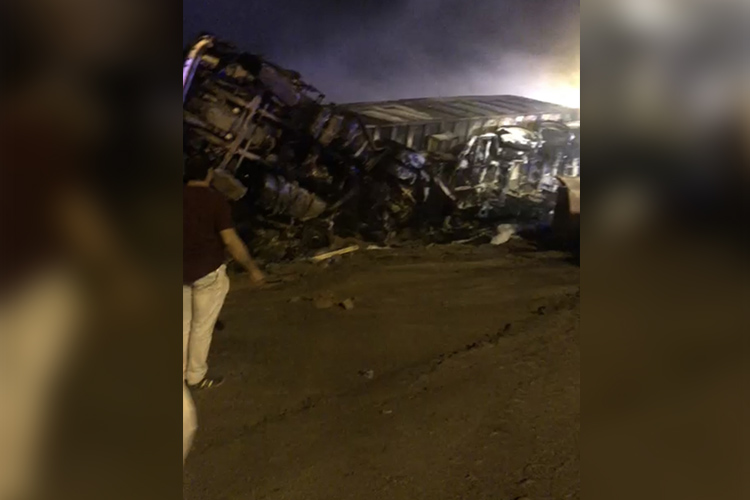