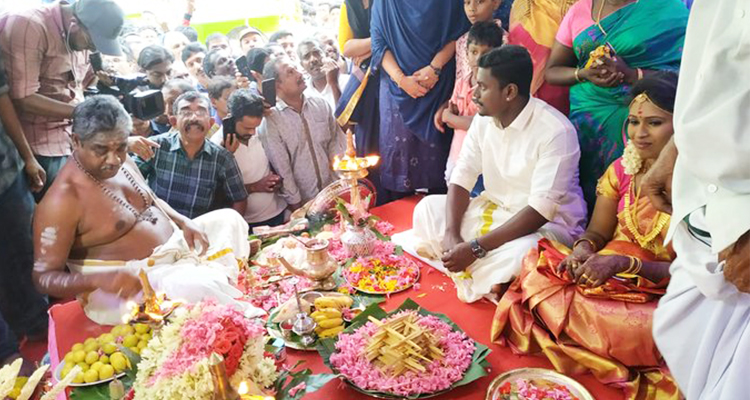 The couple getting married at a mosque in Alappuzha district in Kerala as per Hindu rituals.

An unusual story of a wedding is doing the rounds on internet in which a couple tied the knot at a mosque in Alappuzha district in Kerala  as per Hindu rituals.

The news came out after the Kerala Chief Minister Pinarayi Vijayan took to Twitter to congratulate and appreciate the couple for upholding such a beautiful example of religious harmony.

Vijayan wrote: "An example of unity from Kerala. The Cheravally Muslim Jamat Mosque hosted a Hindu wedding of Asha & Sharath. The Mosque came to their help after Asha's mother sought help from them. Congratulations to the newlyweds, families, Mosque authorities & the people of Cheravally." 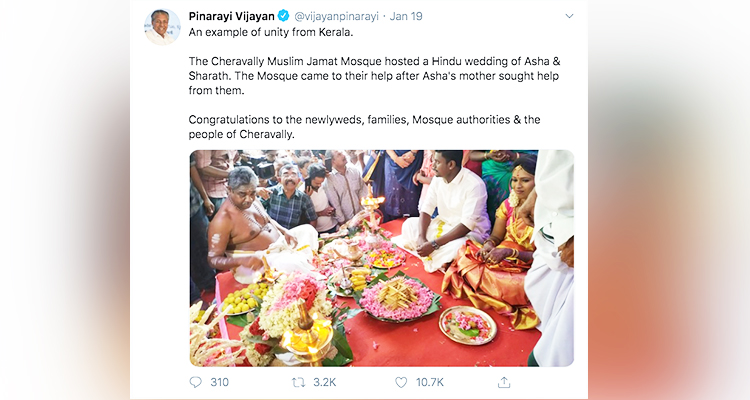 A user tweeted: "I am glad that Kerala has such amity with vegetables and flowers not beef eating tourism promoted by the Government. God bless the couple."

"Kerala sets the vision of future India," wrote another user.

A post read, "Keep it up Keralians. Now we know that Kerala is not only the most literate state but also the most educated state."

A Tweeple remarked, "After learning of such a beautiful tale of Hindu-Muslim unity, Hindutva thugs of @RSSorg and @BJP4India won't be able to sleep tonight."