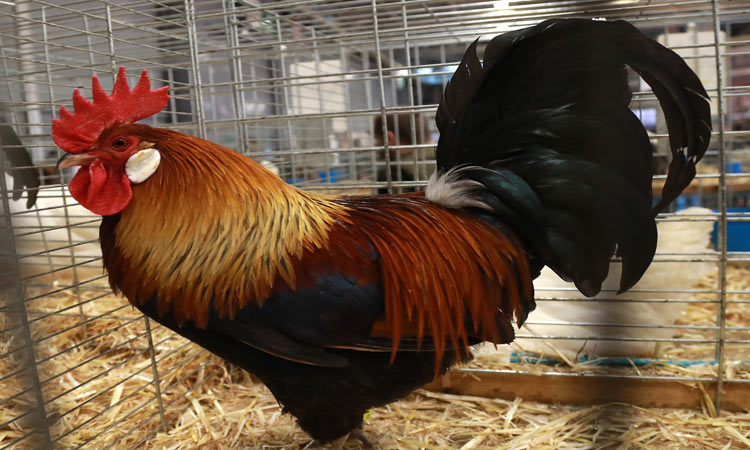 The death of a spectator at an illegal cockfight in India has drawn attention to a practice that, despite being banned for decades by the Supreme Court, continues on a grand scale in some states.

Police say a 55-year-old man attending a fight in Andhra Pradesh state was slashed in the abdomen by a rooster, which had razor blades attached to its legs.

The practice of “arming” the birds in this way is common in the state, with big money bet on the fights and organisers keen to ensure the bouts are over quickly with a clear winner and loser.

According to local media, an organiser was holding a rooster and waiting to release it in the arena at Pragadavaram village last Wednesday, when it panicked and fluttered, lashing out in the process at the victim, named by police as Saripalli Venkateswara Rao.

The injured man was rushed to hospital but declared dead upon arrival. Police said a case had been filed and an investigation is ongoing.

Cockfights spike in numbers every year around the Hindu festival of the sun, Makara Sankranthi, in spite of clear Supreme Court rulings that the bloodsport is illegal under both the Prevention of Cruelty to Animals Act, 1960, and the Andhra Pradesh Gaming Act of 1974.

In practice, however, the involvement of senior local politicians and large sums of money means police tend to turn a blind eye. It is estimated that R100 crore (£10.7 million) was bet over three days around the Jan.15 festival.

Animal rights activists complain about the lack of action by police each year, but in 2017 a fresh plea by campaigners for further intervention by the Supreme Court was dismissed.

In 2019, the Washington Post investigated what it called the “Super Bowl of cockfighting” in Andhra Pradesh, and found a fight attended by more than 1,000 people apparently organised by a local MLA – a member of the state’s legislative assembly.

The fights are so entrenched that they have become something of a macabre tourist attraction. After attending an event in Ampapuram village, a woman visiting from Belgium named Hannelore told the ANI news agency: “This is my first visit to Vijayawada and I have been told that Makar Sankranti is a harvest festival. It is interesting and nice to see local celebrations and culture.”

“The cockfights are interesting and I have seen one fight just now. It is very quick. If it is a local tradition, it is nice to see and learn more about it.”

Police say they take action to prevent cockfighting where possible, but that to forcibly break up large gatherings would be too dangerous.

Almost 1,500 people were arrested in the past week over 540 cases brought against organisers spanning the wider Krishna district, officials told the Express News Service.