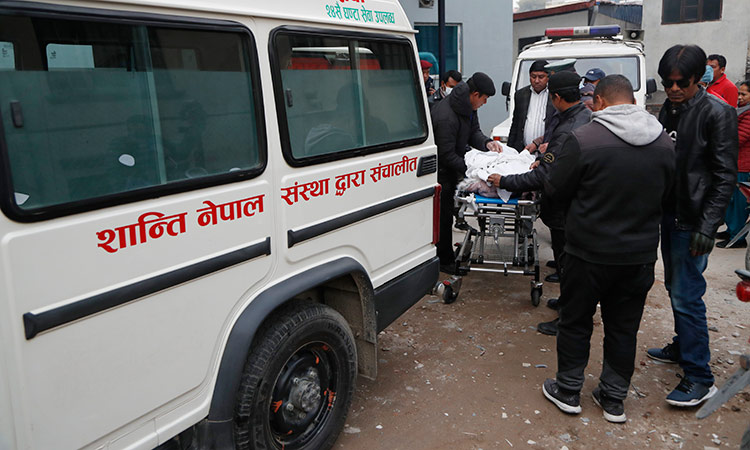 Hospital staff load bodies of Indian tourists into an ambulance for postmortem at a hospital in Kathmandu on Tuesday. AP

In a tragic incident on Tuesday eight Indian tourists were found dead in their room at a resort in Nepal. It was learnt that the deceased were Dubai residents.

Four children were among the dead.

Leak from a gas heater which was reportedly on inside the room while the windows and doors were closed is believed to be the cause of tragedy.

However, there is no official confirmation of the cause and police have began their investigation.

The eight tourists were part of a group of 15 who had travelled to Nepal from the Indian state of Kerala. 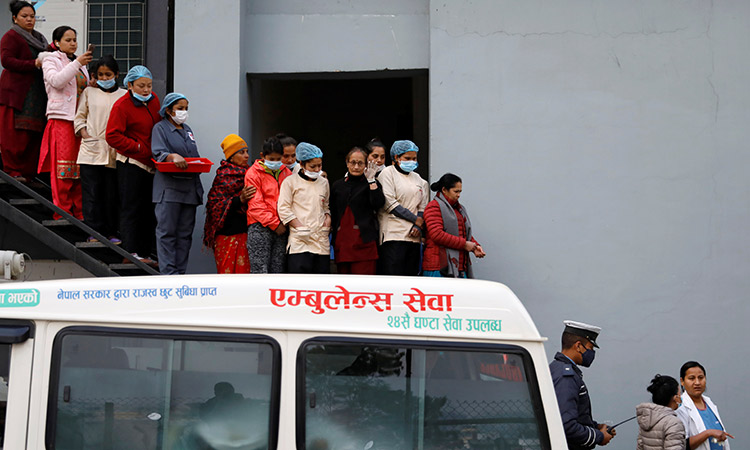 Hospital staff looks on as the bodies of eight Indian tourists are carried inside an ambulance for postmortem in Kathmandu on Tuesday. Reuters

Rescue helicopters flew the tourists to Kathmandu, where they were declared dead at a hospital in the capital, police official Hobindra Bogati said.

A doctor at the Hospital for Advanced Medicine and Surgery in Kathmandu, Kamal Thapa, said the four adults and four children showed no signs of life when they arrived at the hospital.

Thapa said another member of the tour group said they had tried to wake the eight around 7:30am but found them unconscious.

The resort at Daman is popular with tourists for mountain views and snowfall during winter. It is about 56 kilometers west of Kathmandu.

The resort was fully booked so the eight tourists were sharing the same room.