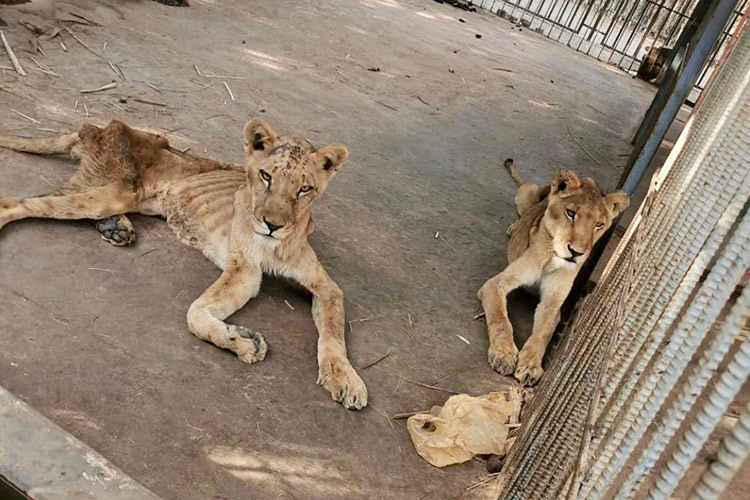 Two sick and malnourished lion rest inside their cage at Al-Qureshi Park. AFP

A sick and malnourished lion held at a park in Khartoum, Sudan, has passed away on Monday. The lion is one of five lions, whom their malnourishment led to an online campaign, said an official.

"One of the two sick lionesses died today... Yesterday the doctor gave the two some medicines after which they were given food," Hajjar said.


"One recovered but the other died. We are now diagnosing the cause of death."


According to the park officials, the health of the five lions has been deteriorating in the past weeks. They have been suffering from lack of food and medicine for weeks, leading to some of them losing two-thirds of their body weight. 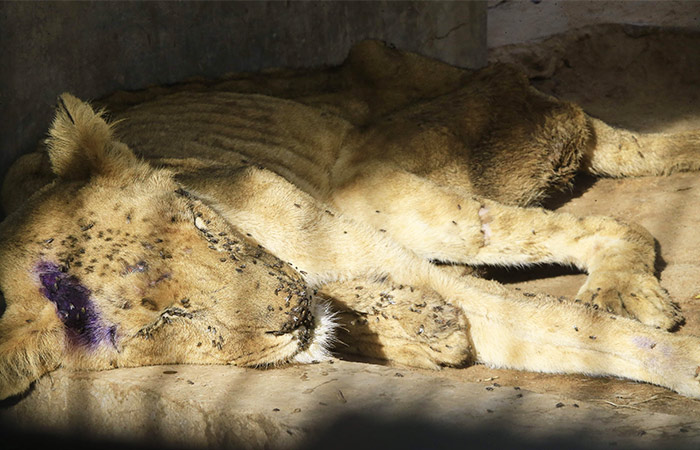 One of the surviving lions taking a rest. AFP

Hajjar told AFP on Sunday that park officials often paid for food for the lions with their own money.

The park is managed by Khartoum municipality but funded in part by private donors.

Sudan is experiencing a worsening economic crisis, with food prices soaring amid a foreign currency shortage.

An online campaign under the hashtag #SudanAnimalRescue calling to help save the lions has grown over the past few days.

It is unknown how many lions are in Sudan, but a population lives in Dinder National Park on the border with Ethiopia.

African lions are classified as a "vulnerable" species by the International Union for Conservation of Nature. 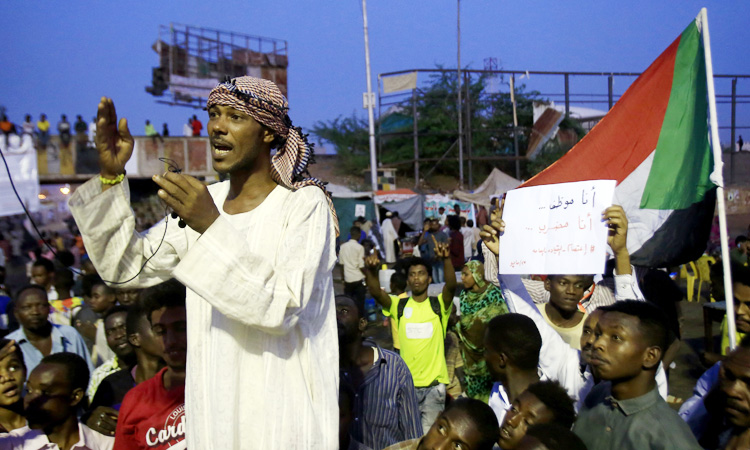 Sudan braces for strike as protesters pile on pressure

Sudan is bracing for a two-day nationwide strike from Tuesday called by protesters to pile pressure on the military to hand power to a civilian administration as talks remain deadlocked.