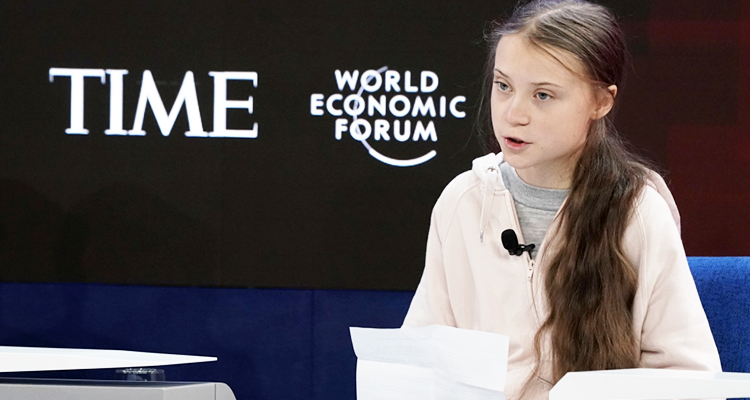 "I'm not a person that can complain about not being heard," she said, prompting laughter from the audience at a panel session titled "Forging a Sustainable Path Towards a Common Future" on the first day of the annual WEF meeting.

"The science and voice of young people is not the centre of the conversation, but it needs to be." 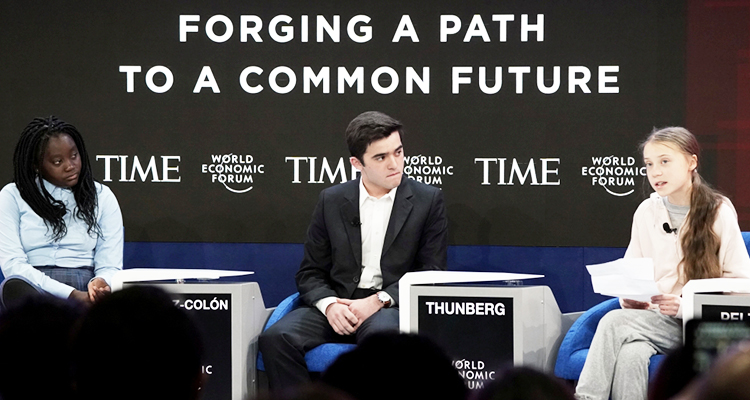 Natasha Mwansa,  Salvador Gomez-Colon and Greta Thunberg attend a session at the Forum.

Several young activists have travelled to the Swiss ski resort of Davos this year, following in Thunberg's footsteps.

Among the "climate heroes" being celebrated by the WEF are Irish teen scientist Fionn Ferreira, who created a solution for preventing micro plastics from reaching oceans.

They also include South African climate activist Ayakha Melithafa, 17, and Canadian Autum Peltier, who has been advocating for water conservation since she was 8 years old.

"It is about us and future generations and those who have been affected today," Thunberg said. "We need to bring the science into the conversation."